Kingdom Hearts is coming back to consoles, following up the hugely successful Kingdom Hearts 3 with a special rhythm-based game called Kingdom Hearts Melody of Memory. It releases on the PlayStation 4, Nintendo Switch, and Xbox One on November 13.

However, anyone ordering the digital game on PlayStation 4 through the PlayStation store will receive a limited PlayStation 4 theme when the game officially launches. It’s not only limited to pre-orders. As long as you purchase the game before December 31, 2020, you will still receive the theme.

This is interesting as it seems as though this pre-order bonus is only available for digital versions of the game. Digital copies of games have been gaining in popularity in recent months, as the COVID-19 pandemic kept most gamers inside and shuttered a lot of retail locations.

We saw this trend explode with the release of Final Fantasy VII Remake earlier in the year, which was also a Square Enix release. Since then, the gaming world seems to have shifted toward promoting digital releases, going so far as to now offer exclusives for a digital pre-order.

That’s likely not going to sit well with retailers, but it makes a lot of sense when you think about it. Digital games release on midnight on the day of release. They are downloaded to your console several days before they come out to ensure that the game is fully installed and ready to play when the clock strikes 12.

Another advantage to digital games is that you never run the risk of a game disc becoming damaged, forcing you to repurchase the game. You’re also able to log in via a friend or family member’s PlayStation 4 and access your entire library of games no matter where in the world you are. This makes gaming while visiting family over the holidays a lot easier.

Cyberpunk 2077 Still On Track To Be Released In November, CDPR Reiterates That It Won't Cost $70

Oct 22, 2020 Kevin J. Kessler 2500
Next month will see the release of an all new title in the storied Kingdom Hearts franchise. Kingdom Hearts: Melody of Memory will be a rhythm action...

Sep 27, 2020 Kevin J. Kessler 1880
Kingdom Hearts: Melody of Memory, the new rhythm-based installment of the popular long running series, will be getting its own playable demo sometime... 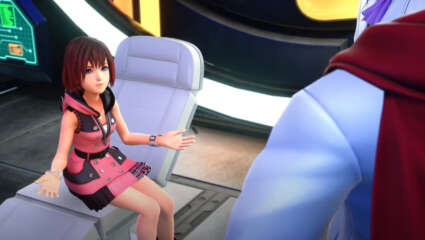 Sep 12, 2020 Kevin J. Kessler 4470
Kingdom Hearts: Melody of Memory will certainly be a unique addition to the long running Kingdom Hearts series. It's a rhythm game that appears to...