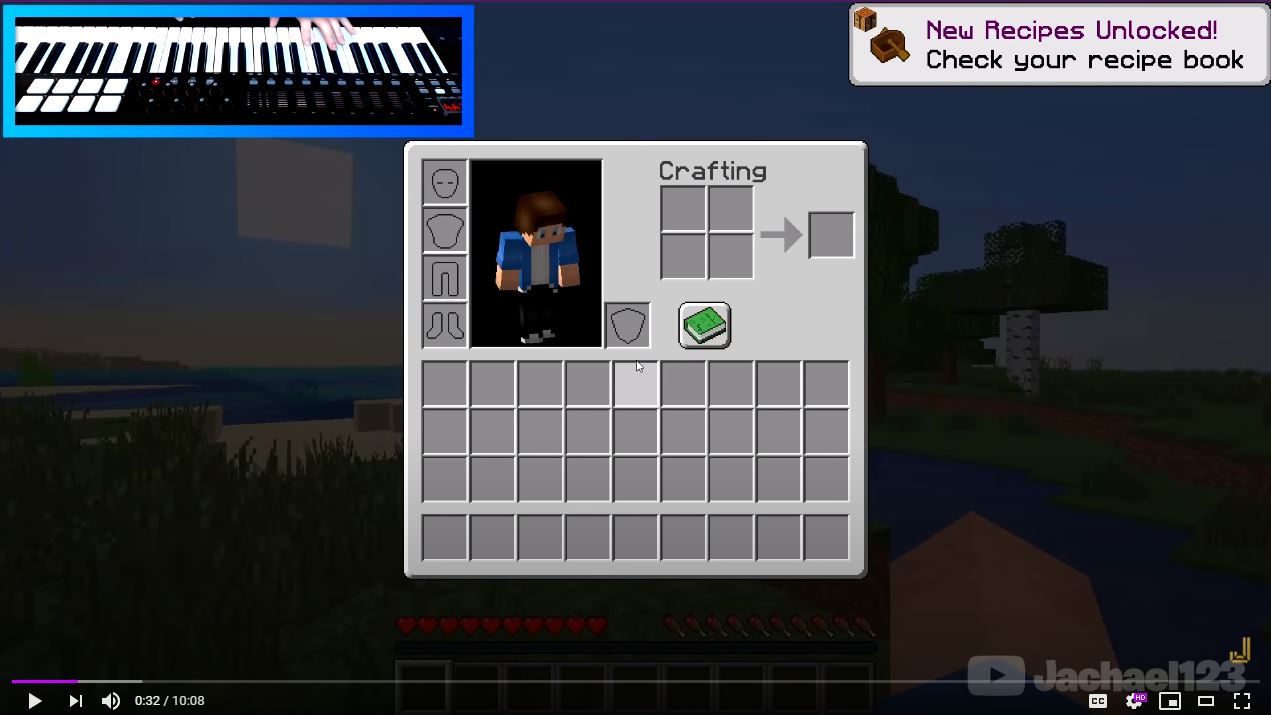 Jachael123 has done an incredible feat, and he used a piano ( technically a MIDI keyboard) to beat Minecraft! Jachael123 his magical musical prowess to not only craft the necessary items but also to defeat the Ender Dragon and beat the game of Minecraft while using nothing but his keyboard!

On a Reddit thread on the r/Minecraft forum, Jachael123 went into more detail and even answered some questions regarding how he did this amazing feat.

The first question that he answered was probably one that everyone who saw the video thought of very quickly, “How?” He explained that he used software called Bome MIDI Translator Pro which can allow the user to map the keys of a piano to various keys from a keyboard, or even map it to the movement of the mouse itself! 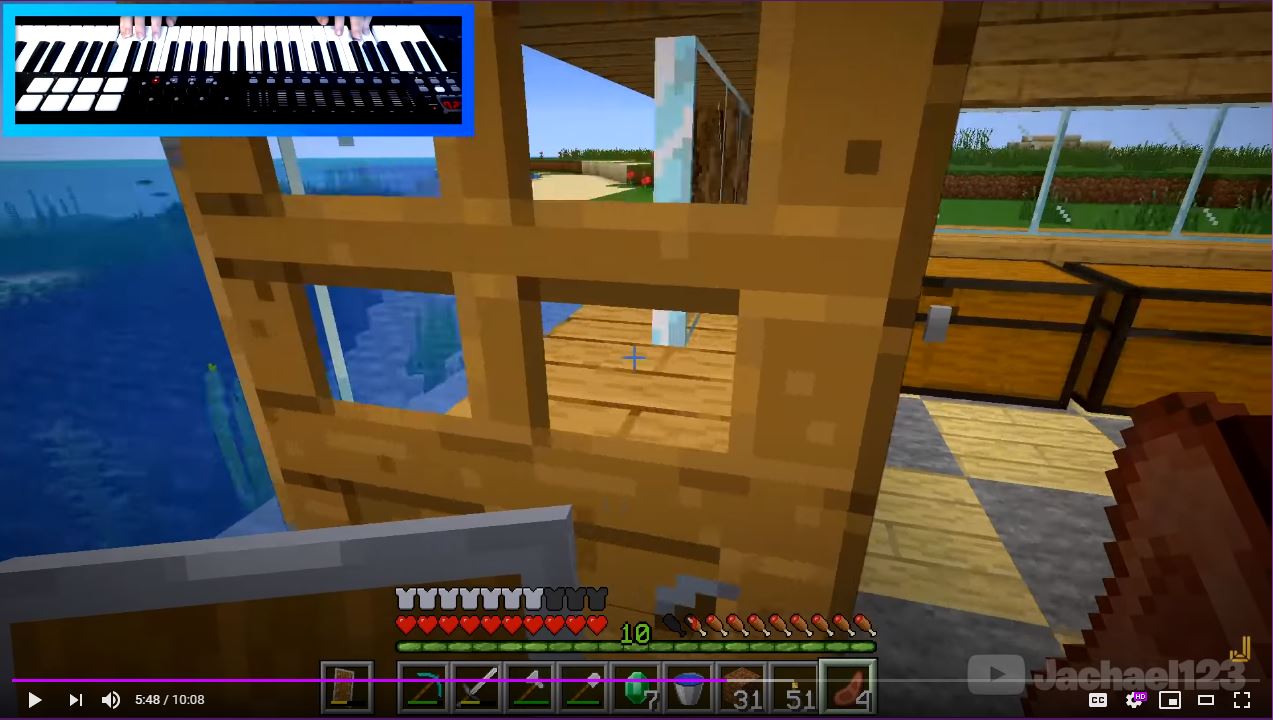 As he goes onto explain that this is not an easy way of playing the game of Minecraft and took him a total of seven and a half hours, including learning the controls, to beat the game.

This shows the dedication that Jachael123 had to complete this monumental task and, in addition to that, just how much effort it took to get used to controlling your Minecraft character using a piano!

One very valid question that was raised was how did he control the mouse with just piano keys. Jachael123 explained that he made the B4 key move his mouse by 5 pixels for every 200 ms to the left while being held. The C#5 utilized the same system but moved the mouse upward, and the D5 moved the mouse downward while the F5 moved right.

He also explained that he mapped the C5 and E5 keys were the mouse’s left and right click respectively. This was similar to how a D-pad on a controller works, although this is a very tough D-pad to use for a game like Minecraft! 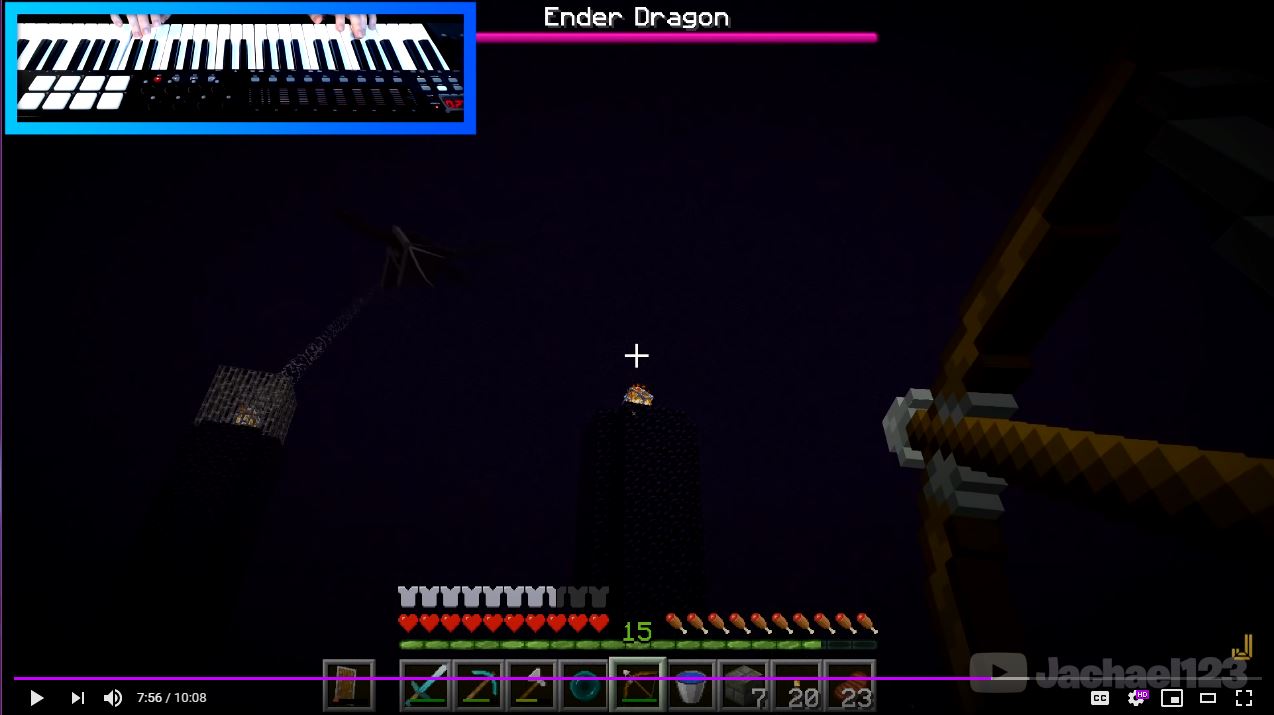 Jachael123 has uploaded a video to his YouTube channel that totals just a bit longer than ten minutes, and honestly, it’s worth a watch! One thing that Jachael123 has stated that he wasn’t recording until 2:38 in the video; this means that after he already beat Minecraft, he had to go back and re-record the beginning. That’s why the first part looks practiced.

While I wouldn’t recommend trying to take up this task yourself but watching this video shows the amount of effort that Jachael123 put into this video. What would be interesting for Jachael123 to try is Minecraft VR while using just a piano, or MIDI keyboard, Would it be possible? 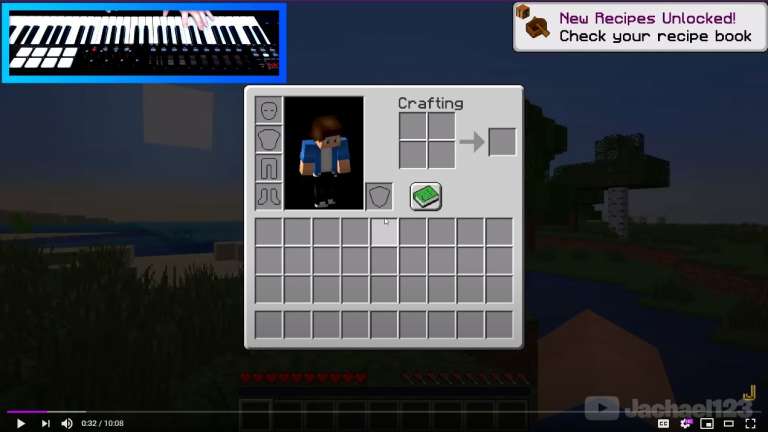 Jul 8, 2020 Evan Federowicz 9740
Jachael123 has done an incredible feat, and he used a piano ( technically a MIDI keyboard) to beat Minecraft! Jachael123 his magical musical prowess...