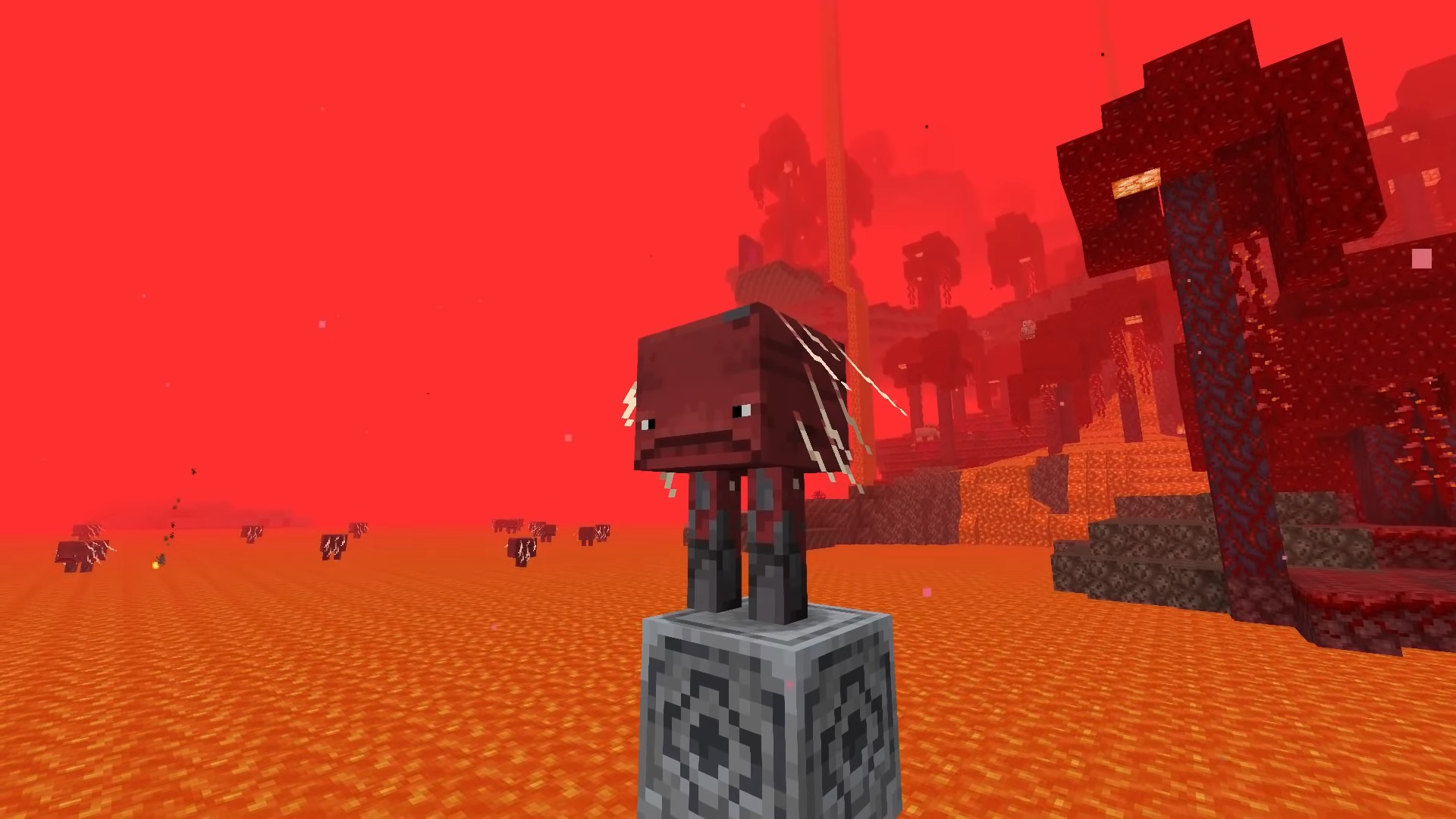 If you’re a fan of the sandbox survival and building game Minecraft, you’ve surely heard of the Nether update by now. The update is expansive, completely reworking what was previously one of the most homogenous regions of the game before.

This update besides new biomes, enchantments, and building materials has also added in a host of new mobs. These mobs include mostly aggressive ones (although Piglins do become friendly when the player dons a piece of Golden Armor), with one notable exception.

The Strider is a strange looking little beast and is the only newly introduced mob that is always passive towards the player. They tend to spawn around lava seas, and can often be seen flanked or ridden by baby Striders.

These creatures thrive in their magma filled homes, and their models turn a sickly gray and begin to shiver if they are removed from the lava for a significant amount of time. Being outside the lava doesn’t actually damage them however, and the change seems to be purely cosmetic.

The Striders are unique to most other mobs in the game as they can walk or run unhindered across lava. What makes them most useful to the player however is their ability to be saddled and ridden.

Striders behave much like saddled pigs when ridden, and a new item must be crafted in order to control their movement. Players can craft the necessary Warped Fungus on a Stick using as the name suggests a warped fungus and a fishing rod.

This means that once players have the means to control the Striders, they are able to cross previously inaccessible lava sea areas with relative ease. The kicker is that Striders are able to be bred by the player, and are thus entirely farmable. Feeding a warped fungus to two adult Striders causes them to produce a baby, thus adding to your collection. They are conveniently also able to be led around using a lead.

Even if you’re not too interested in using these creatures as a reliable means of transportation, you might want to consider farming them anyway. If the player has access to a steady supply of warped fungus, Striders drop between 2-5 pieces of string upon death in the Bedrock edition.

As players begin to jump into the game after the Nether update, more secrets and uses for the added features will be explored. This new mob and the potential use for the player character is beginning to be unlocked, and it is always exciting to see just what the community will come up with in the future.

Building A Minecraft Pixel Pool May Just Be The Perfect Way To Cool Off This Summer!

Aug 8, 2022 Robert James 250
For the past ten years, players have been able to construct anything they want in Minecraft. This has inspired a variety of incredible inventions...

Jul 13, 2021 Harry Alston 20040
While the news that the Caves and Cliffs update was going to be split into two upset a lot of eager fans, you can now get your hands on an...