From ChiliDog Interactive and Alawar Premium comes a unique title headed for Xbox release. The game Do Not Feed The Monkeys will be headed to Xbox One and Xbox series X/S later this month. This is a unique voyeur simulator that will place players in a security office full of cameras from different angles.

The game is currently available for pre-order and is offering players a 10% discount. This discount is available until December 9th, the official release date of Do Not Feed the Monkeys. After originally releasing on Pc back in 2018, this title is now branching into a new audience for console communities.

Enter into a unique observation club of shadowy people who observe other people through surveillance cameras and compromised webcams. As part of the Primate Observation Club you must observe hundreds of panels with varying results and realities.

You play as the newest member of this unique club. Once you grew tired of your run-down apartment, dull existence, and boring job you joined this organization to add some zest to your life.

Now you spend your time watching dozens of strangers who have been compromised. Watch the world around you as you enjoy a voyeuristic adventure.

These people have no privacy, and you can view them from your personal computer. This game is a PC inside a PC that allows you to play on a PC while working on a PC. The levels of comedy kinda follow that pattern as this game is designed to be a fun and free-thinking experience.

This game is rated Mature for a reason as it dives deep into the world of Voyeurism. Watch and interact with the varying subjects, but remember that feeding the monkeys is against the rules.

Follow that one simple rule and you may be able to avoid things going horribly wrong. It is up to players whether they help those they are spying on or extort them. If you follow instructions, can you really live with yourself as you watch all the lives you will ruin in real time.

Again, this is a mature title and is not recommended for younger audiences. It contains adult and mature content that adds to the comedy of this title.

Do not Feed The Monkeys is available on PC. The title is set to release onto Xbox One and Xbox Series X/S later this year. Remember one simple rule, the monkeys you are observing are not to be fed by any means.

DO NOT FEED THE MONKEYS 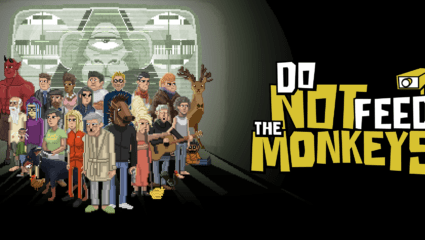 Dec 6, 2020 Joshua Goodpastor 2070
From ChiliDog Interactive and Alawar Premium comes a unique title headed for Xbox release. The game Do Not Feed The Monkeys will be headed to Xbox...