Destiny 2: Xur Returns With Exotic Goodies For The Holidays – Jade Rabbit In Stock 12-18 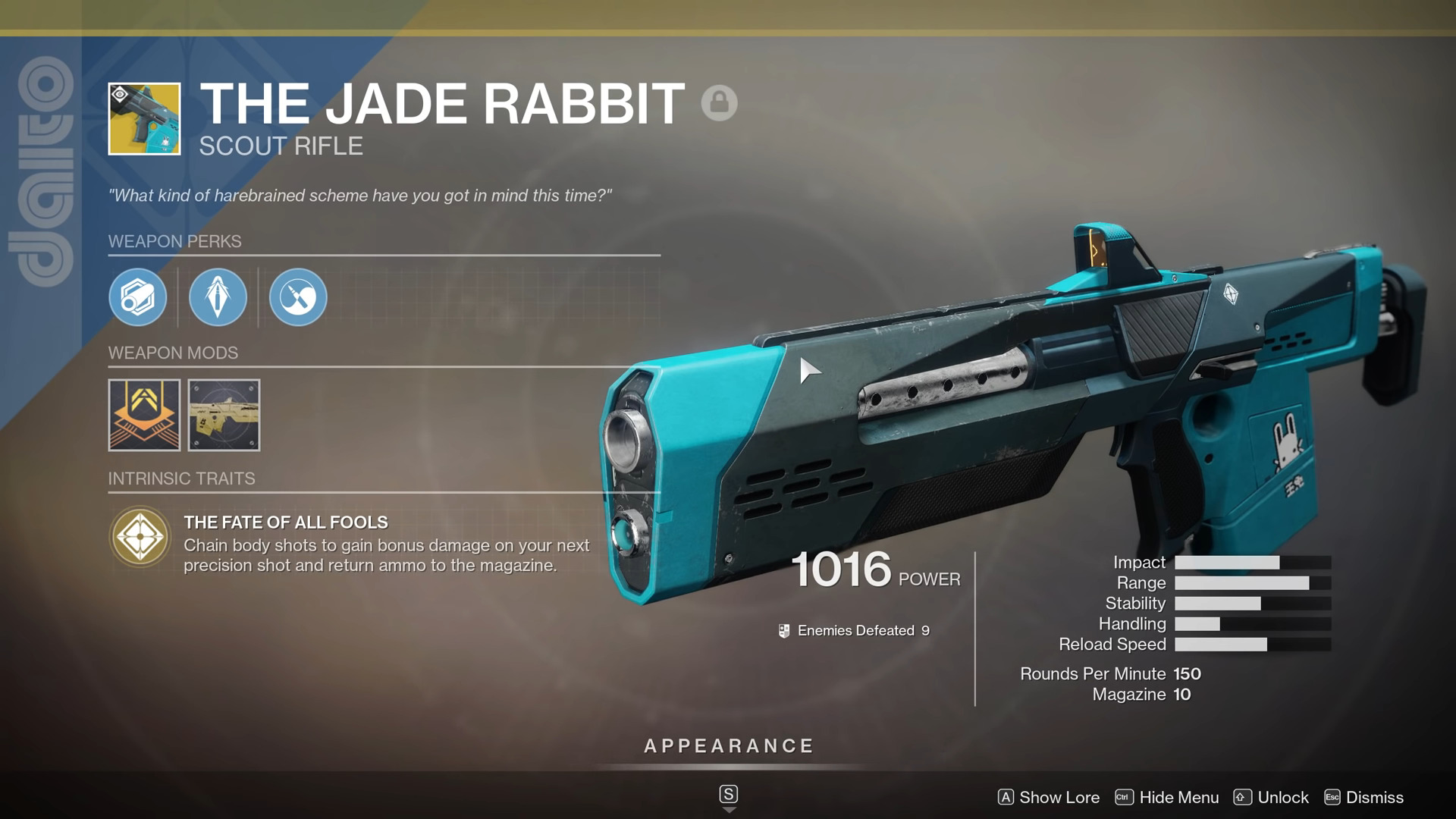 Each week in Destiny 2 a certain traveler returns to a predetermined location in order to sell exclusive weapons and armor to all the good little guardians. The traveler in question is named Xur, and among his loot are exotics that are sold nowhere else.

This week, from December 18th through until the next weekly reset, Xur will be hanging out in the EDZ. He can be found overlooking an area of the map known as the Winding Cove. You should be able to spot him pretty easily by looking for a cluster of other guardians surrounding him.

In addition to the usual host of weapons and armor, Xur also sells a few other odds and ends. One of these is an item known as a Fated Engram that sells for a whopping 97 legendary shards. It is well worth it, however, as the engram is guaranteed to drop a previously unobtained exotic item.

This weekend in Destiny 2 you can find Xur on Earth.

The weapon Xur currently has in stock is called the Jade Rabbit scout rifle. The rifle is a returning one from Destiny and has been in the game since the Curse of Osiris expansion. While scout rifles are arguably a weaker weapon type in the game, this weapon is an exceptional option for firing at range.

The perk Fate of All Fools states, “Chain body shots to gain bonus damage on your next precision shot and return ammo to the magazine.”

Hunters have a good option this week since Xur is selling the Foetracer helmet. The helmet is a good all-around exotic that is especially useful for PvP activities. The perk Relentless Tracker marks targeted enemies and deals increased damage to low-health marked enemies. Marking enemies is extremely useful for keeping track of other guardians, but is less so in PvE.

Warlocks can pick up Felwinter’s Helm this week, which is a very unique looking helmet. The perk Warlock’s End causes Arc, Solar, and Void melee kills to release a burst of energy that weakens nearby enemies. Finishers and killing more powerful enemies also increase this effect, which can be useful especially in crowded areas.

RELATED: This Is How You Unlock The Ultimate Skin Appearance For The Seraphine In League Of Legends

Finally, Titans players can nab the Severence Enclosure chest piece. The perk Spheromatik Trigger also works with Arc, Solar, and Void final melee blows to create an explosion. As such, its usefulness is similar to Felwinter’s Helm.

That about wraps up the information on Xur’s inventory. Keep in mind the vendor will only stick around until the next weekly reset, so you have until December 22nd to pay him a visit.