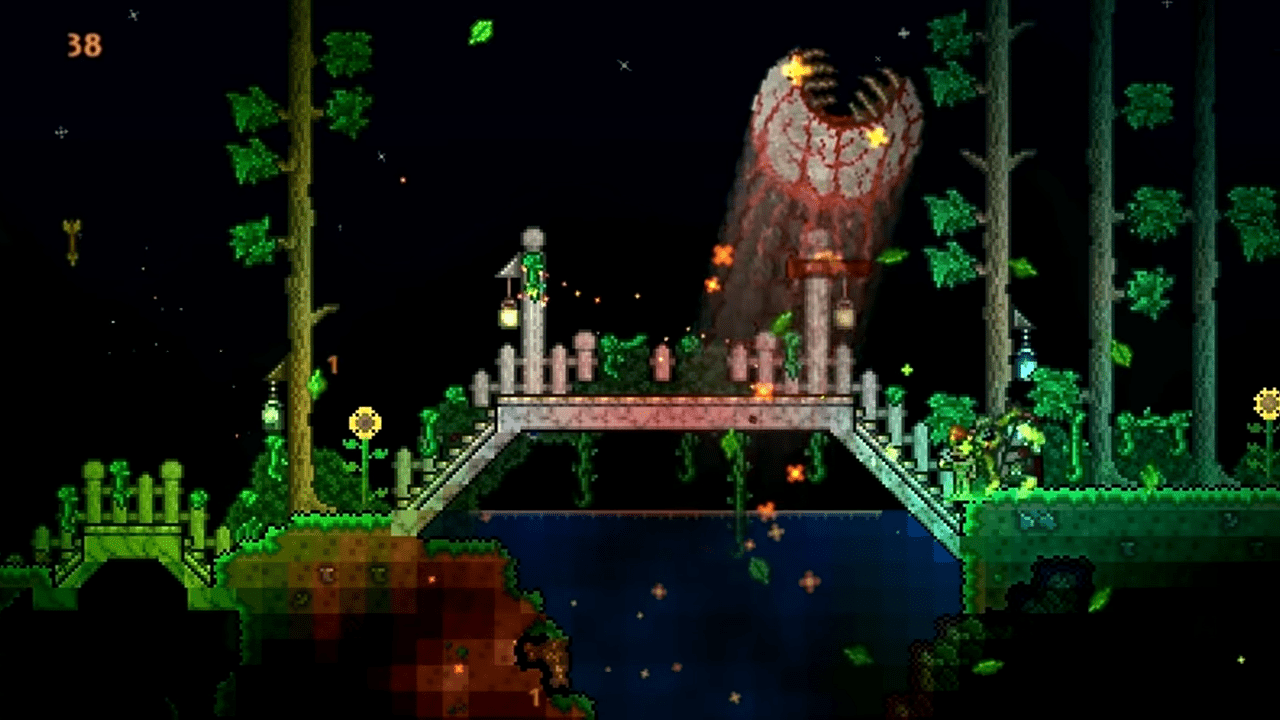 There’s this bizarre area for corporations to exist in where their offerings have become synonymous with the industry to the point that they become ‘too big to fail’.

The market saturation is undeniable for these corporations that are typically originally built on the execution of intelligent development and engineering, yet the weight of standard corporate malarkey becomes exponentially more noticeable as time drags on as developers and thought-leaders clash against suits that are far more interested in the trading of the company than continuing to innovate.

Eventually, support begins to fall wayside as the idea that ‘it can all be automated’ inevitably rears its head to lower the overhead as much as possible, and you have frustrated users of said market leaders trapped between obscure forums of yesteryear and outsourced support (if you can reach them), and it inevitably comes to a fascinating head.

Enter Re-Logic of the much-fabled Terraria, the 2D Metroidvania-like survival crafter that is one of the most well-loved games in the world, even with the drawdown following Journey’s End which noted the official end of development for Terraria after almost a decade.

RELATED: Stadia Reveals 120 Games Scheduled To Come To The Console in 2020

Todd Howard from Bethesda likely looks to Re-Logic as inspiration: Terraria has released to multiple platforms to the point that it wouldn’t be entirely surprising to find out you can play through Terraria on your refrigerator. From the Nintendo 3DS to the PlayStation Vita, and nearly every other platform frankly imaginable, Terraria has brought its brilliant play that deftly conjoins exploration with combat into every platform that exists.

Except, apparently, for the Google Stadia.

Re-Logic has been working on bringing Terraria to the platform that has frankly been a bit of a headache for gamers since it released and promptly fell flat on its face: titles would struggle to stream at 720p (to say nothing of the promised 4K resolution) as games would plod along under 30 FPS, no one announced any titles for it, backers called themselves ‘duped by Google’ and then Google closed down their first-party studio for the Google Stadia before ever releasing a game.

Now, Re-Logic developer Andrew Spinks has found himself locked out of his Google developer account for the past three weeks with no recourse, and it finally came to a head on Twitter this morning as he announced that he’s canceling Terraria for the Google Stadia.

@Google my account has now been disabled for over 3 weeks. I still have no idea why, and after using every resource I have to get this resolved you have done nothing but given me the runaround.

I will not be involved with a corporation that values their customers and partners so little. Doing business with you is a liability.

The fire and fury are a bit sweet to see as many users have been frustrated with Google’s offerings: draconian content policing that demonetizes YouTubers for uttering profanity while offering sexually explicit advertisements, offering advertisements that make fun of rape, and canceling Google accounts if they use too many emotes in a YouTube Live Gaming stream.

Doing business with you is a liability – Andrew Spinks towards Google

Now, the platform that has been widespread to the point of absurdity is going to be skipping a singular platform – the Google Stadia.

Likely one of the last straws for users that have found themselves frustrated by Google’s inability to make good on promises with the Stadia thus far, presuming that the Google Stadia still has a singular consumer that uses it for something other than a dust magnet on the shelves.

‘Too big to fail’ is becoming synonymous with ‘too big to care’.

Dec 10, 2020 Emmanuel Giovanni 8470
Recently, NVIDIA shared the Cyberpunk 2077 RTX launch trailer on their YouTube channel, and it portrays the most anticipated first-person open-world...