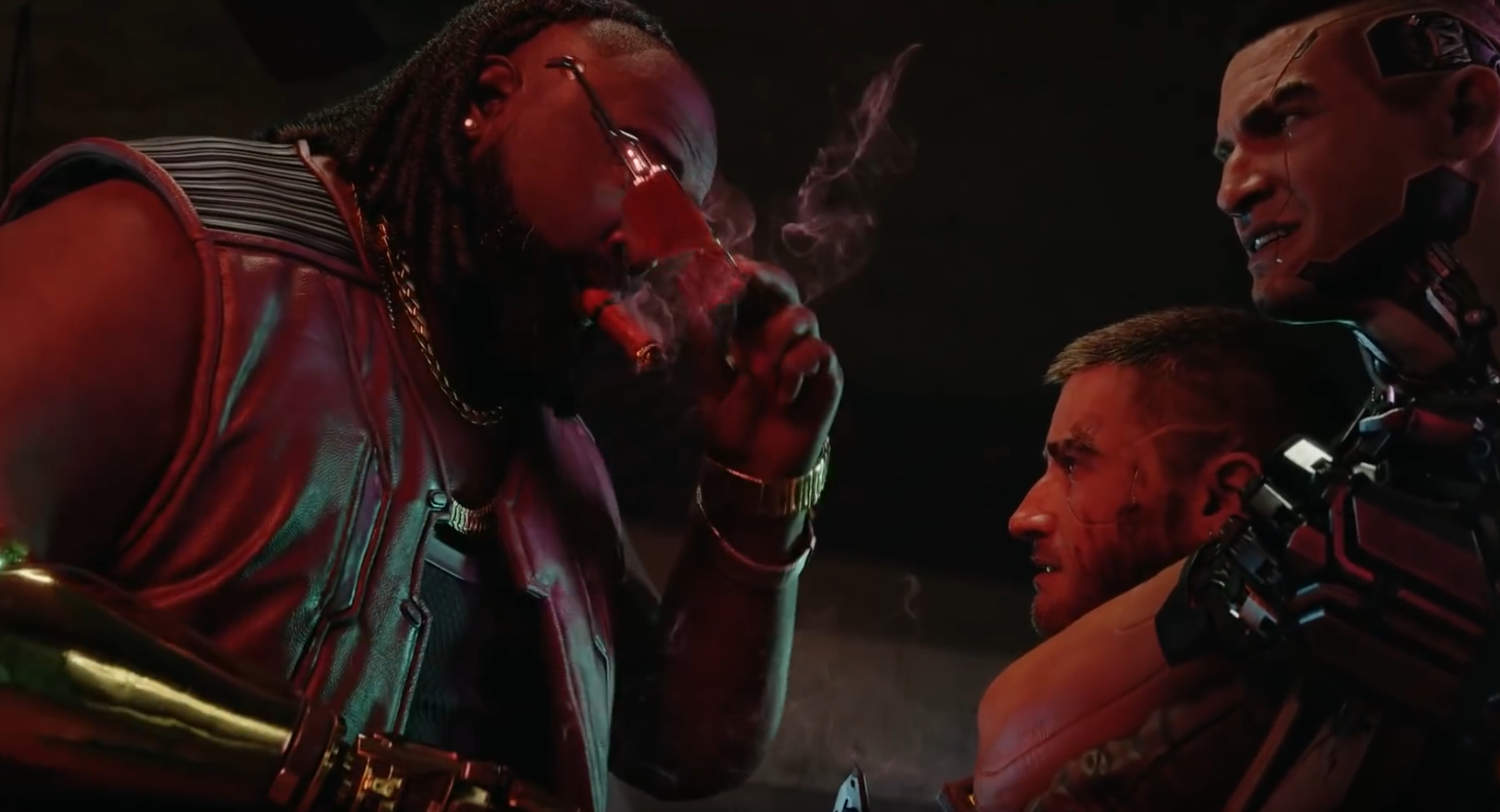 Cyberpunk 2077 is only a couple hours away from launching; a bit over a dozen, sure, but the anticipation to finally dig into a title that has been eagerly hyped up since 2012 is palpable.

Glitches and concerns regarding seizures be danged, we want to dive into a world where corporations have somehow won more than they already have and rule with an iron fist. It’ll be a fun look into the distant future that none of us will live long enough to see, and that seems to be both a blessing and a curse.

Yet this doesn’t necessarily mean that everyone with a pulse should necessarily be booting into the title in roughly seventeen hours.

This is, of course, to say nothing regarding the brutal and bloody combat, grotesque mutations that people undergo, and more than a fair share of identity issues as players are tasked with advancing their bodies with any tech on the market.

So when a few people started taking notice that Cyberpunk 2077 is being marketed on Amazon as a child-friendly and the ideal gift for children this Christmas, more than a few eyebrows arched.

At least if they understood precisely what Cyberpunk 2077 is: the back of the box doesn’t necessarily list out that there is explicit genitalia customization and sex scenes across the title.

This means that savvy parents are likely to dodge picking up the title for little Timmy, yet Amazon appears to be encouraging parents that don’t understand what the game contains to show it to their children. Enjoy the long-lasting trauma and awkward questions at Christmas Dinner regarding prostitution.

Was browsing games on Amazon out of boredom and saw this. What kind of parent is buying their kid Cyberpunk 2077? This could actually be worse than buying your kid GTA, lol! pic.twitter.com/enuDHXigEH

Precisely where the fault lays for this is apparently up for debate: some are pointing at the ESRB for not taking enough precautions to explain to naive parents what titles contain, an issue that was raised most recently regarding FIFA from Electronic Arts as the ESRB decided that in-game gambling is more ‘surprise mechanics’ than anything else.

Anybody else a little bothered by the fact that Cyberpunk 2077 comes up as KIDS Gift Suggestion for Christmas?! @amazon@CyberpunkGame@agentbizzle@DestinLegarie@DMC_Ryan@MaxScovillepic.twitter.com/rDCtaJguLs

Others are pointing towards Amazon, that they have the responsibility to at least inform parents that sausages are involved and viewable in the title.

A weak-showing from the ESRB has consistently harmed parents that aren’t taking the media that their children consume seriously, leading some to posit that they’re more interested in the well-being of corporations than the families they are supposed to protect.

Aug 11, 2021 Harry Alston 9920
The New World closed beta was a huge success. It saw consistent viewership across Twitch and over 25 million hours played by the thousands that took...

Jan 19, 2021 Chris Miller 13370
Twitch had a bit of an issue to figure out when the face of the PogChamp emote, which has been spammed in chat well before Amazon came swinging a...

Jan 9, 2021 Chris Miller 6460
It's easy to appreciate the conundrum that Twitch is readily facing, regardless of how ready we may be to throw stones every time they misfire a...