Ziggurat Interactive has announced it is bringing eight classic titles from console to PC for the first time. The company is releasing titles from Data East, some of which were only available in arcades and consoles.

Ziggurat Interactive is working with 612GAMES to obtain the PC publishing rights from G-MODE. The total of new releases is 15, but some were previously launched on PC.

RELATED: The Quickest Way To Get To A StrongHold And The End Dimension To Face The Dragon In Minecraft

Data East was a well-known video game company in the 80s and 90s. They released many arcade and console games. The first wave of games will launch on March 3 on Steam, GOG, and the Humble Bumble Store. The exclusive PC releases will be on sale for 33% off for a limited time.

The first eight Data East PC releases contain a few well-known titles, as well as some that may sound new to players.

President Ronnie has been kidnapped! Blade and Striker are the only dudes BAD enough to rescue him. #DataEast's Bad Dudes (1988) comes to #PC next week. Wishlist these dudes now:@Steam: https://t.co/iazI40BD3W@GOGOM: https://t.co/ge6crpEglF@Humble: https://t.co/X3vxHIdH6ypic.twitter.com/XJeHloxCdo

Bad Dudes is a well-known game for asking players, “Are you a bad enough dude to rescue the president?” The President has been kidnapped by ninjas and it’s up to Blade and Striker to rescue him.

Joe and Mac – Caveman Ninja takes place during the prehistoric era. Players will control the duo through challenging platform-style levels, fighting dinosaurs, and rival cavemen, all to rescue one of their tribe’s cavewomen.

Super BurgerTime stars Peter Pepper, son of the main character of the original game, to stack burgers and deliver delicious food. Heavy Barrel is an action-packed game where players fight to survive through a nuclear complex controlled by terrorists and reclaim all six Heavy Barrel pieces. Another title, Two-Crude, also has players fighting terrorists as merciless mercenaries.

SRD: Super Real Darwin is a vertical scrolling shooter where players fight aliens. In Express Raider, players rob banks and take part in shoot-outs in the West. The last title, Gate of Doom, is a fantasy title and a classic multiplayer RPG.

The name Data East is practically synonymous with 80s and 90s arcades, and we are excited to bring these games to PC players for the first time. These are truly classic games that millions around the world have played and enjoyed, and we are thrilled to share them with a new generation of gamers.

Ziggurat Interactive has continued to publish classic retro titles for PC players. The company has released over 40 games so far with plans to release more into the future. 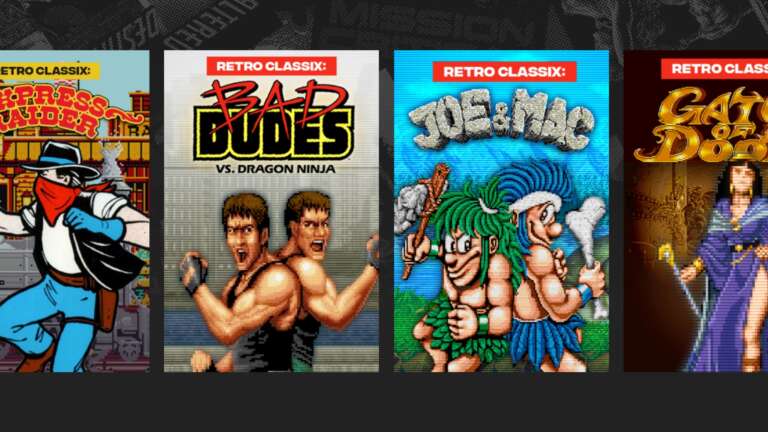 Mar 2, 2021 Lisa Nguyen 3220
Ziggurat Interactive has announced it is bringing eight classic titles from console to PC for the first time. The company is releasing titles from...