WWE 2K Battlegrounds Review – Worth The Money, Or Another 2K Microtransaction Fiesta Disguised As A Video Game? 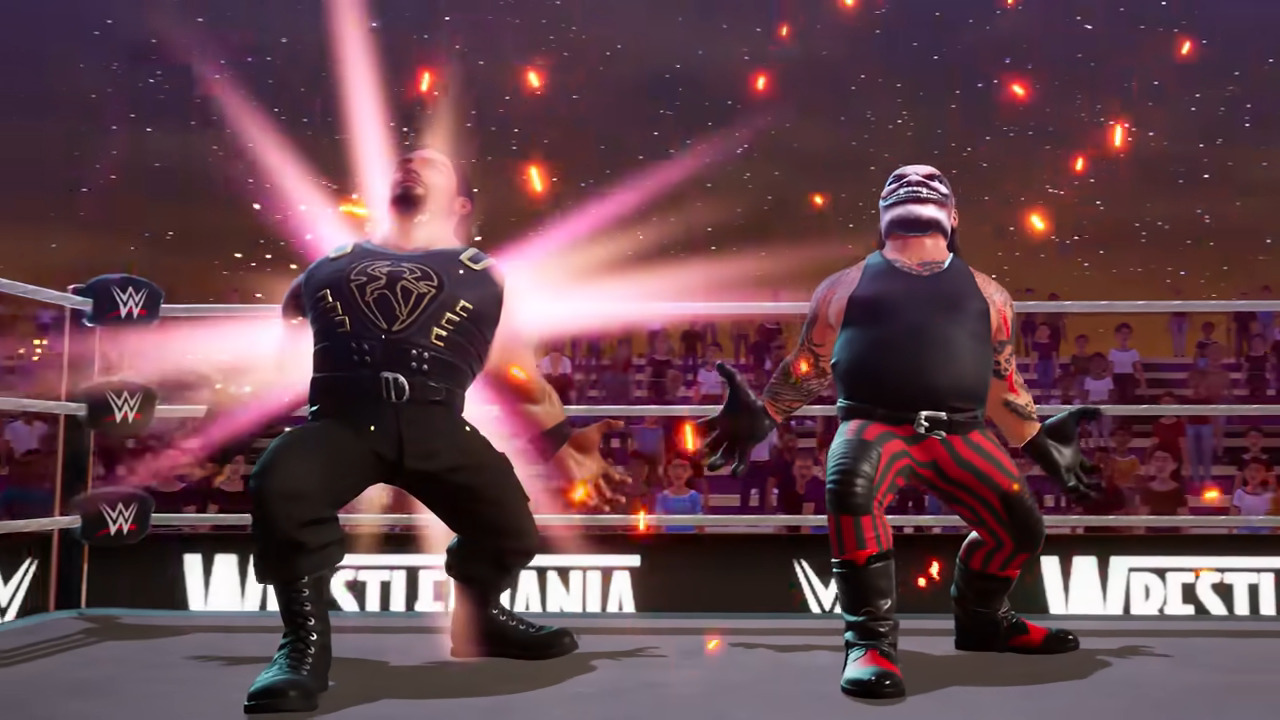 WWE 2K Battlegrounds, like any other 2K wrestling game from the past few years, should be approached with caution. There’s no doubt that this game is overpriced for what it is, and the microtransaction system is clearly over-the-top.

But as a game for fans of wrestling, WWE 2K Battlegrounds at least establishes itself with a little more style, a little more “gameness”, than the last rolled-out WWE games from 2k.

2k20 was the previous WWE game from 2K, and it pretty much flopped out of the ring and flapped around on the floor of the stadium like a dying fish. Battlegrounds is more arcadey and stylized than WWE 2k20. A game developer, somewhere at 2K and Saber Interactive, has made an effort with this game.

In comparison? Yes, Battlegrounds is more fun than 2k20. Is it worth that hefty price tag? No, probably not.

Gameplay in 2K Battlegrounds is fundamentally basic, but that’s okay. This is wrestling – it’s meant to be goofy and fun. There is little depth to the wrestler’s moves and although different classes of wrestlers have different skillsets, a lot of these are actually shared, even between iconic wrestlers.

Despite the limitations of the gameplay mechanics, the game still feels okay to play. Wrestlers have special moves, you might even refer to them as “superpowers”.

There are different game modes – the highlight being the King of the Battleground mode, a sort of weird cross-over Battle Royale mode where the last wrestler standing wins the match. 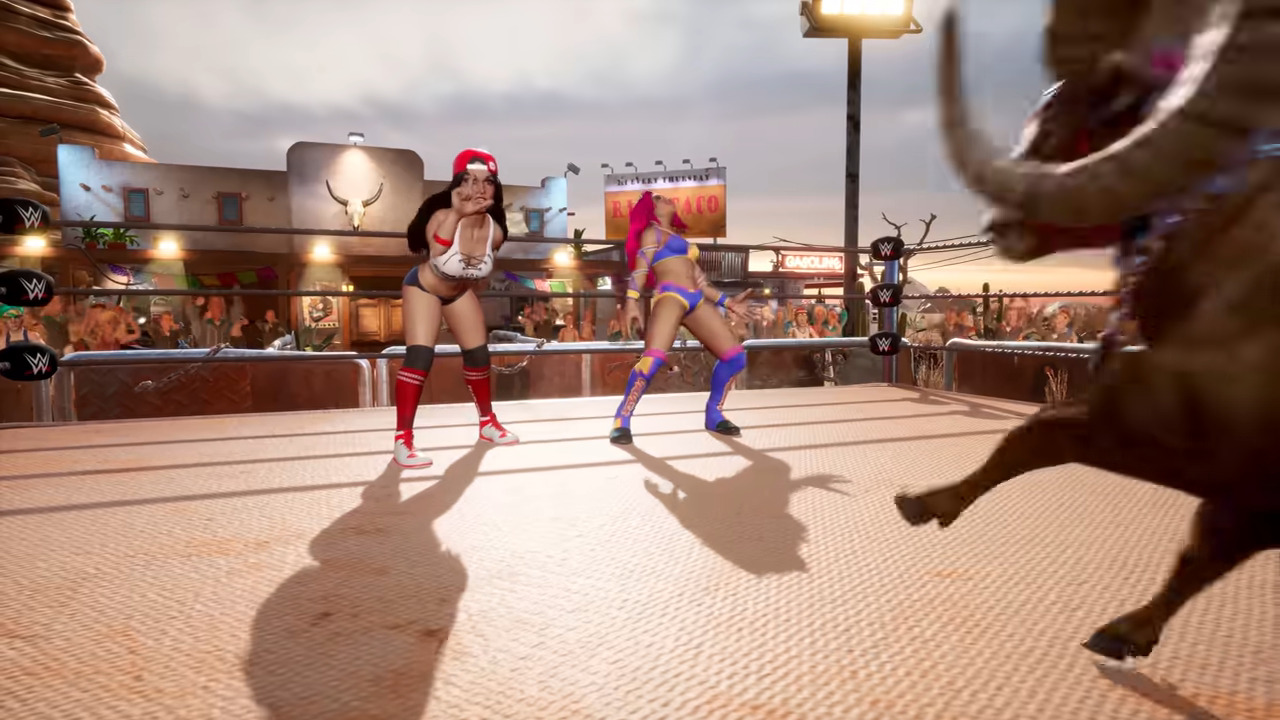 Yes, that is a ram charging into the shot

The game is more fun when you play with your friends, I imagine, although I had no friends to play it with. They’re a hard sell on wrestling games.

And yes, there is a campaign mode, and even though I barely scraped the surface of it I can tell you it is already better than 2k20. There are no weird faces, hair-clipping, and distorted character voices this time around.

While this all might sound great, there is still one enormous black cloud hanging over the top of Battlegrounds. It’s expensive, and that $40 price tag doesn’t even get you everything in the game. Oh hi, it’s 2k. We love microtransactions.

You can grind to unlock low-tier wrestlers, sure. About every four games or so I reckon you’d have enough of the in-game currency to afford the very lowest-tier wrestler.

If you can’t be bothered, and just want to play as your favorite wrestler from the moment you buy the game, then you’re going to have to open your wallet.

In short, Battlegrounds might be one of the better 2K WWE games in recent years, but it’s still a slug through microtransaction hell. A game fun for a few hours, maybe longer with a group of friends, but that’s about it.

Oh, and don’t even attempt to play the game with a mouse and keyboard. It’s a disaster.

Dec 27, 2020 Aaron Hans 8130
Over the next few weeks, this year's WWE 2K game, subtitled Battlegrounds, will get weekly roster updates that'll add a mix of current stars and...

Nov 13, 2020 Aaron Hans 12670
Both Microsoft and Sony's next-generation consoles are finally here, and users are just now getting to experience NBA 2K21 on the PlayStation 5 and...