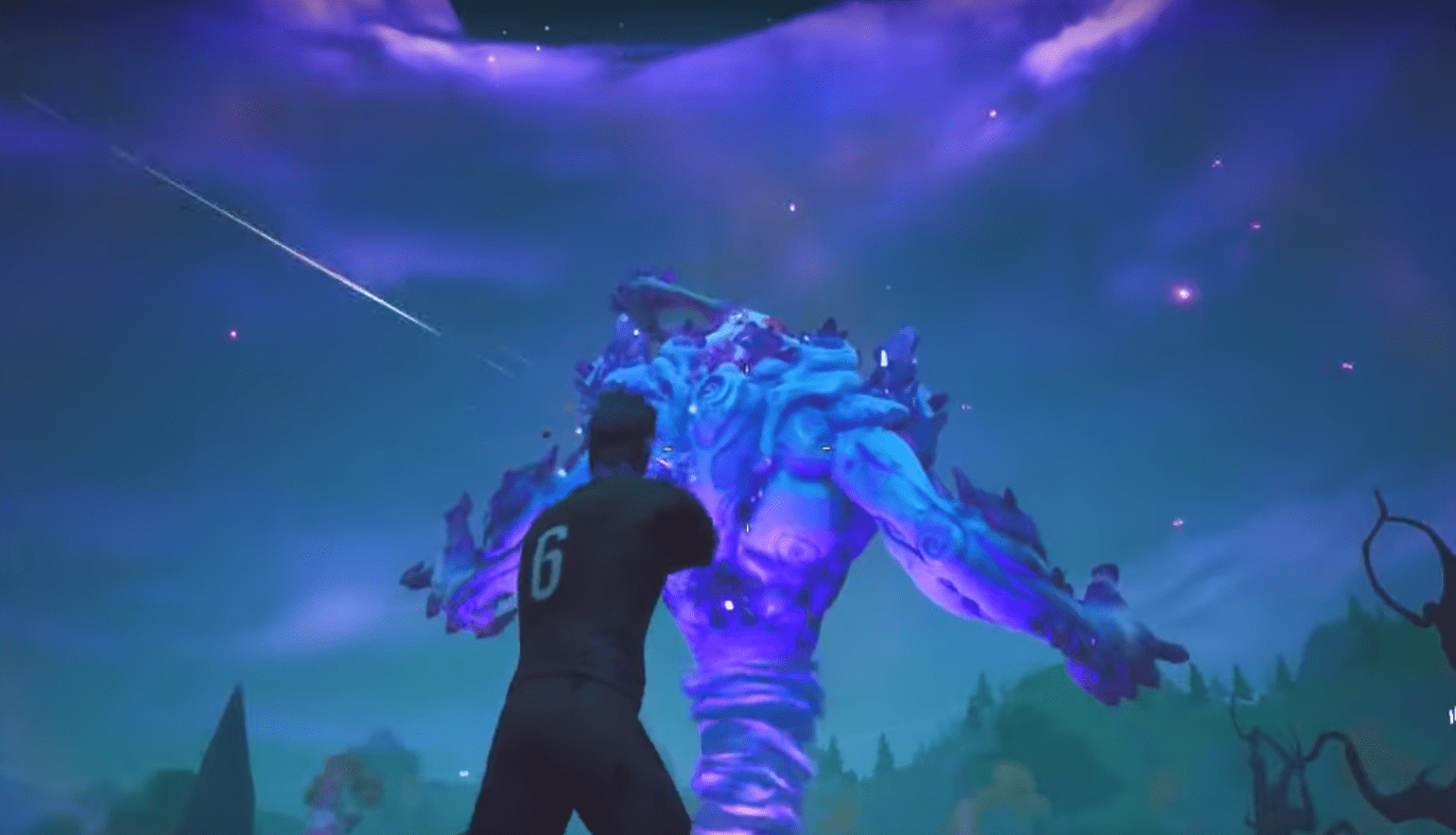 The Storm King has arrived to Fortnite’s annual Halloween event, and along with him, has brought a brand new PvE event that gamers can play until November 6.

The Storm King typically resides in Canny Valley as a quest for players to complete in Fortnite’s PvE story mode called Save the World. However, he has joined the Battle Royale side of thing this Halloween.

Players will get a substantial amount of experience points for completing Fortnitemare challenges.

There was a hiccup with the launch of the Storm King, and he was temporarily disabled due to technical issues. However, he came back quickly and with a vengeance.

#Fortnitemares returns with a vengeance!

The Storm King has awakened. Squad up and face him in the new LTM.

Tips on how to defeat the Storm King.

The main menu has an option for players to join the Storm King limited-time mode. After the player loads into the game, they will drop off into the center of Fortnite map with fifteen others. There the squad will find the Storm King, who is big and angry.

Fortnite gamers will work together to take down the Storm King in a small zone while taking out mobs of other smaller baddies. This is a tough fight, so buckle in.

Players need to focus on a couple of major things during this fight.
• Revive your teammates as much as possible. During the fight, players are going to drop. Gamers need to make sure they don’t get tunnel vision blasting the Storm King. There is a reason why this mode has 16 players in it. Teammates need to rely on each other to take down the raid boss and if one of the players dies, they are out of the match entirely.
• The Storm King shoots out a nasty beam attack. It takes him a couple of seconds to use his beam, so players need to get out of the vicinity. He shoots it out from the center of the arena to the edge, and if players get hit by it, they will likely be knocked down.
• Focus on the Storm King’s weak points. They will appear throughout the battle, including his chest and his horns. The weak points will have a health gauge, and as the team depletes the gauge, the next progression in the battle will start.

The Storm King is a grind of a fight, but players will be rewarded handsomely for downing him, including a Medal Punch Card, which will give the player 8000 experience points. Players will also receive the aesthetic Storm Sail Glider. Happy hunting!