The Mean Greens: Plastic Warfare Is Headed For PlayStation 4 In August, Prepare For Toy Based Warfare 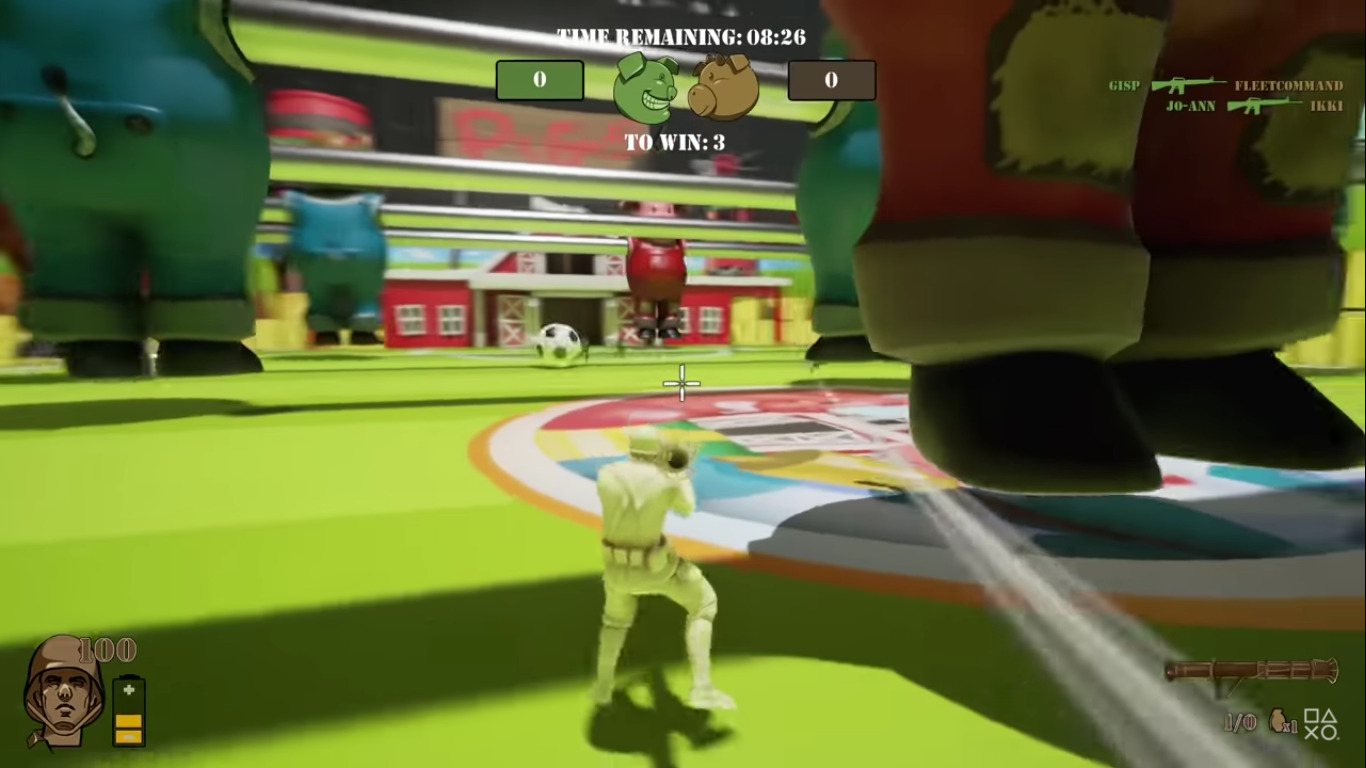 After a successful reception on Steam, The Mean Greens is bringing its plastic warfare to the PlayStation 4 audience. This team has worked super hard to bring back the bright story found in classic toy soldiers. Shoot, roll, and blast enemies away in this toy journey.

This is a colorful third-person shooter told entirely from the battlefield of toy soldiers. Battle through matches of up to 10 players as you travel through over 16 locations scattered across an entire home. From the sandbox to freezer experience the war of a toy soldier.

Enter the epic battle between green and tan as you battle against other players in an online war. Fight on a small scale battlefield with warriors defined by the color of their plastic. This is a time-old battle as the greens and tans wage battle across several platforms.

This third-person shooter puts you on the front lines of a toy army battle. This game is meant to take a fun look at conflict as it recreates the conflicts of toys.

Enjoy 10 different game modes spread across 10 different maps. Weapons are limited so enjoy the six options and use them to define your toy soldier. Enjoy small 5 on 5 battles with full text and voice chat functionality. This game comes with full controller support allowing players to choose their input in this epic conflict.

Each map determines the game mode. Players will have to master a battlefield of Bathtub Bash as they float atop rubber ducks, ride sinking ships, and attempt to capture the enemy flag amid a floating battlefield.

Table Top Wars places players in a much more simple challenge. Reach 30 kills and secure the city as you travel across a papercraft metropolis. In Fish Tank, Frenzy player must battle against a sunken city as they enjoy a low-gravity theme in another battle of capture the flag.

From Christmas to kitchens players will travel across an entire house becoming the favorite toy of an unseen child. Battle for victory, perfect your strategy, and don’t forget to have fun as you are a toy.

This game has deep shoes to fill as it takes on the look of a classic franchise. Enjoy the ability to lead an army of green soldiers as you do battle in never-ending house-based battles.

The Mean Greens is available on Steam right now for $9.99. The title is set to release on PlayStation 4 as of August 5 bringing a classic experience to a whole new audience of fans.

Nov 4, 2022 Tom Lee 100
This week, when visiting Los Angeles, a GTA Online user discovered a shocking discovery: their very own residential building within the game. Many of...

Nov 4, 2022 Tom Lee 190
There are allegations that Blizzard's mobile action-RPG entry, Diablo Immortal, has made over $300 million in sales. The massively successful Raid:...