Postal 4: No Regerts Brings Yet Another Update With A Ton Of New Expletive-Laden Content 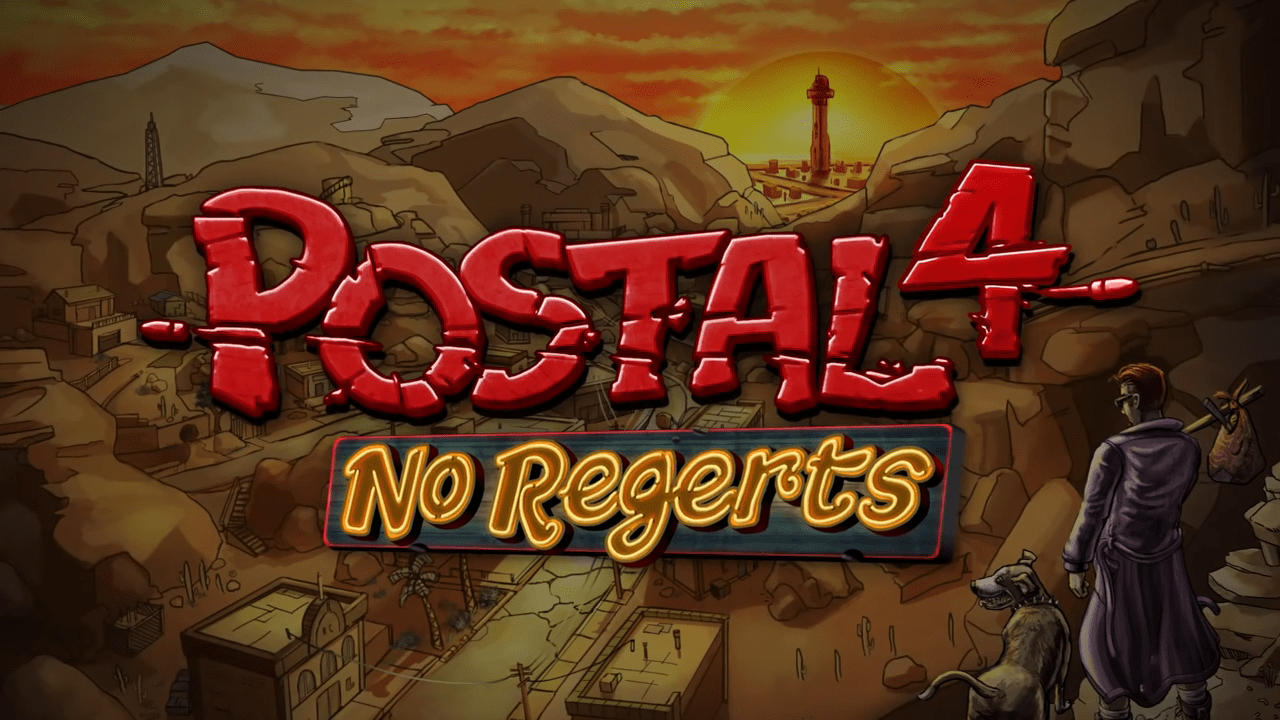 You don’t necessarily have to be a fan of the Postal franchise if you’re a gamer; it’s worth noting that there works eagerly fought back against a slew of goofy politicians and businessmen that found video games to be one of the primary means for apparent communication with the devil, and were also leaders against the initial ‘video games make everyone violent’ nonsense that began in the early 90s.

The long and short of it is if you find yourself enjoying mature games, or games where there’s a bit of murder, you should likely tip your hat occasionally to the development studio Running With Scissors.

They’re back with the franchise that is crude for the sake of it, bizarrely violent content in what typically seems like a fever dream, and as absolutely offensive as possible.

Postal 4: No Regerts (yes, it’s spelled that way) is the ‘true sequel’ to what many called the worst video game ever made, Postal 2.  The Dude is once again back with gasoline, kitten silencers (don’t ask), and the boomerang machete.  The voice actor of Duke Nukem, Jon St. John, is also reprising his role as the Dude.

For the first time I’ll be using a hashtag and so… this smirky boy goes to #postaldude @RWSbleeter pic.twitter.com/P3VaJyKNDq

It’s all coming together as yet another sandbox title that simply lets players do almost whatever they please, as long as it’s outlandish.  You don’t even have to be violent to complete the title; it’s simply an ever-present option, attempting to entice you to the dark side with water guns filled with gasoline, and bladder power-ups.

Running With Scissors has been hard at work on crafting yet another title that seems made just to watch boomers squirm in their seats, and their latest update includes the hallmark sense of humor from the studio.  The update is titled ‘Holy (expletive), It’s Been A Month Since Our Last Update’.

It’s front-loaded with content, and studio RWS readily admits that this update is all about bringing more content at the sacrifice of the game running a bit for the worse.

The update brings about FOV sliders (that studios exponentially larger than RWS still haven’t figured out), and ultra-wide aspect ratio support.  The Due can now have the police called on him, and get sent to the police station if he can’t figure his way out of it.

NPCs now look at the Dude and actually blink.  It makes the whole ordeal of lighting them on fire a bit stranger, especially when you include the new neck bleeding behavior that can be inflicted, along with severed limbs.  Molotovs spread far easier (like mollies should) and good heavens, the Dude has figured out how to pick up grenades on the floor.

New areas, weapons, and textures getting a makeover round up the list of things that I could reliably talk about on this website without having a weird conversation with the powers that be.  You can weaponize your bladder, and the system looks hilariously juvenile.

All in all, the title still frankly looks decidedly last generation.  You won’t necessarily be looking at Postal 4 with the intent that it will be eye-candy or the latest generation of NPC ray tracing AI or whatever other buzzwords are being casually tossed about for marketing within the modern industry.

It is looking to be yet another classic entry for the title best known for telling stuffy suits to firmly embed their head into their fourth point of contact, however, and sometimes…sometimes, that’s enough.