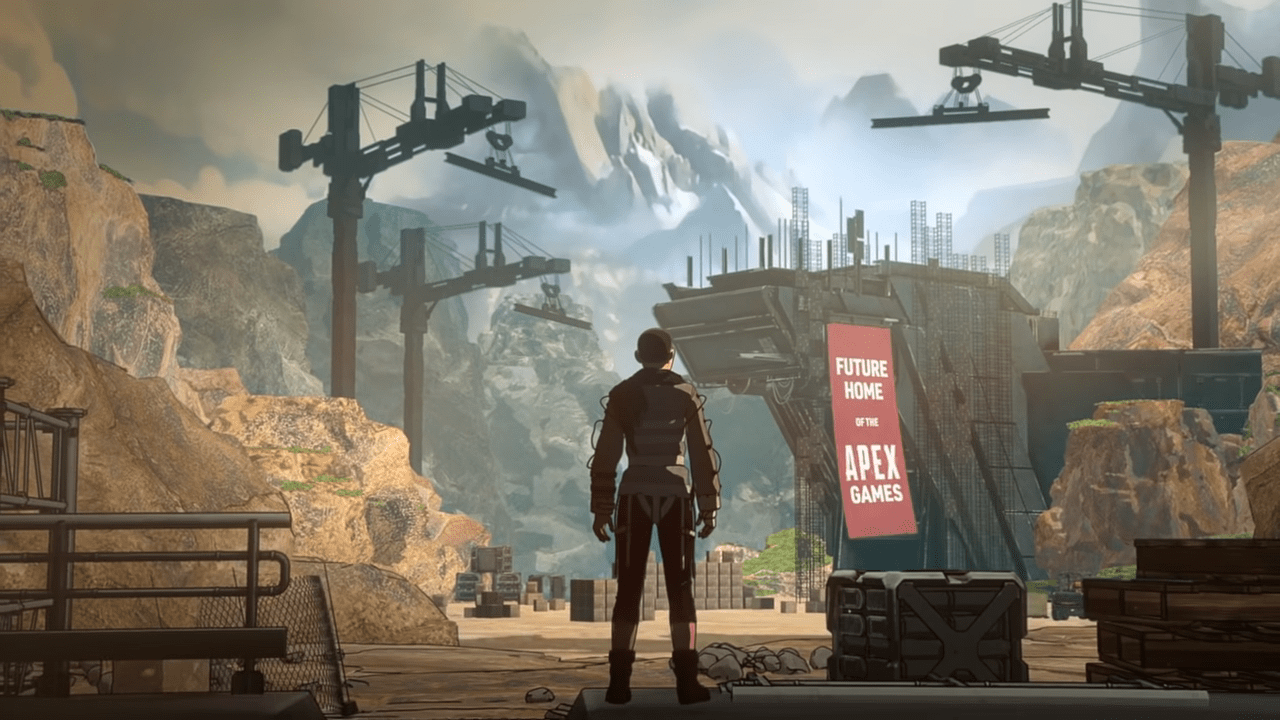 What’s next for Apex Legends? With Season 5 coming to an end mid-way through August there’s guaranteed to be a fresh batch of content to explore, including a new legend, limited-time events, and maybe even a new map.

Respawn have already proven that they’re top-of-the-game when providing in-game teasers for what’s next for their battle royale.

In previous interviews, game devs have stated that they have content ready several months in advance.

It’s clear a new legend is pretty much guaranteed at this point, but will there be a new map? A new weapon?

What would your reaction be?

The teasers started in the current Apex Legends questline – spoilers ahead. Ash, a character from Respawn’s Titanfall series, made an appearance. Is she the next legend? There’s a debate going on.

Top leakers @shrugtal and @iLootGames have been correct about what’s next for Apex in the coming seasons. Here are a few of their ideas, as well as ideas from the community.

A new map: Olympus. This theory comes from the sneak preview of a new area on King’s Canyon. It looks to be a spaceport of some kind. Inside is a destination board featuring Olympus, a different planet mentioned in Apex Legends lore in the past.

However, with the teaser that World’s Edge will be getting a significant change (with new Hammond signs pasted up near Dome and Drill Site), it’s not clear whether a new map will be making an appearance.

In terms of a new weapon, players are seriously hoping for a new addition to the arena’s arsenal as Season 5 went without a new addition.

Speculation is mostly about the addition of the Volt. There is evidence of this gun in the game’s files since almost day one. It’s an energy SMG that first made an appearance in the Titanfall series.

Lastly, the new legend. This is a point of big debate in the community, and after Respawn’s bamboozle with Forge and Revenant it’s never clear what to expect next.

Will it be Ash? She was an original Apex Predator from the Titanfall universe, but her appearing in the questline is almost too obvious.

It could also be Rampart. This is a legend that was brought to light by Shrugtal and other data miners. Some kind of heavy, defensive character with the ability to boost LMG fire rates.

When will Season 6 start? There’s a new LTM set for August 11th and it will likely last for a week. After that, the new season should start, at a later date than expected due to global circumstances.

The Mean Greens: Plastic Warfare Is Headed For PlayStation 4 In August, Prepare For Toy Based Warfare

Oct 30, 2022 Tom Lee 430
It turns out that Fuse and Bloodhound aren't as distant as fans of Apex Legends would have thought; a video published by developer Respawn...

Oct 25, 2022 Michael Gunn 580
Apex Legends: Eclipse, the future season of the game that will have a brand-new area as well as a brand-new Legend, has a gameplay trailer just...

Sep 29, 2022 Tom Lee 780
Some lucky players have been discovering an Easter egg involving Nessie in Gun Run, a new chaotic LTM introduced in Season 14 of Apex Legends. Even...