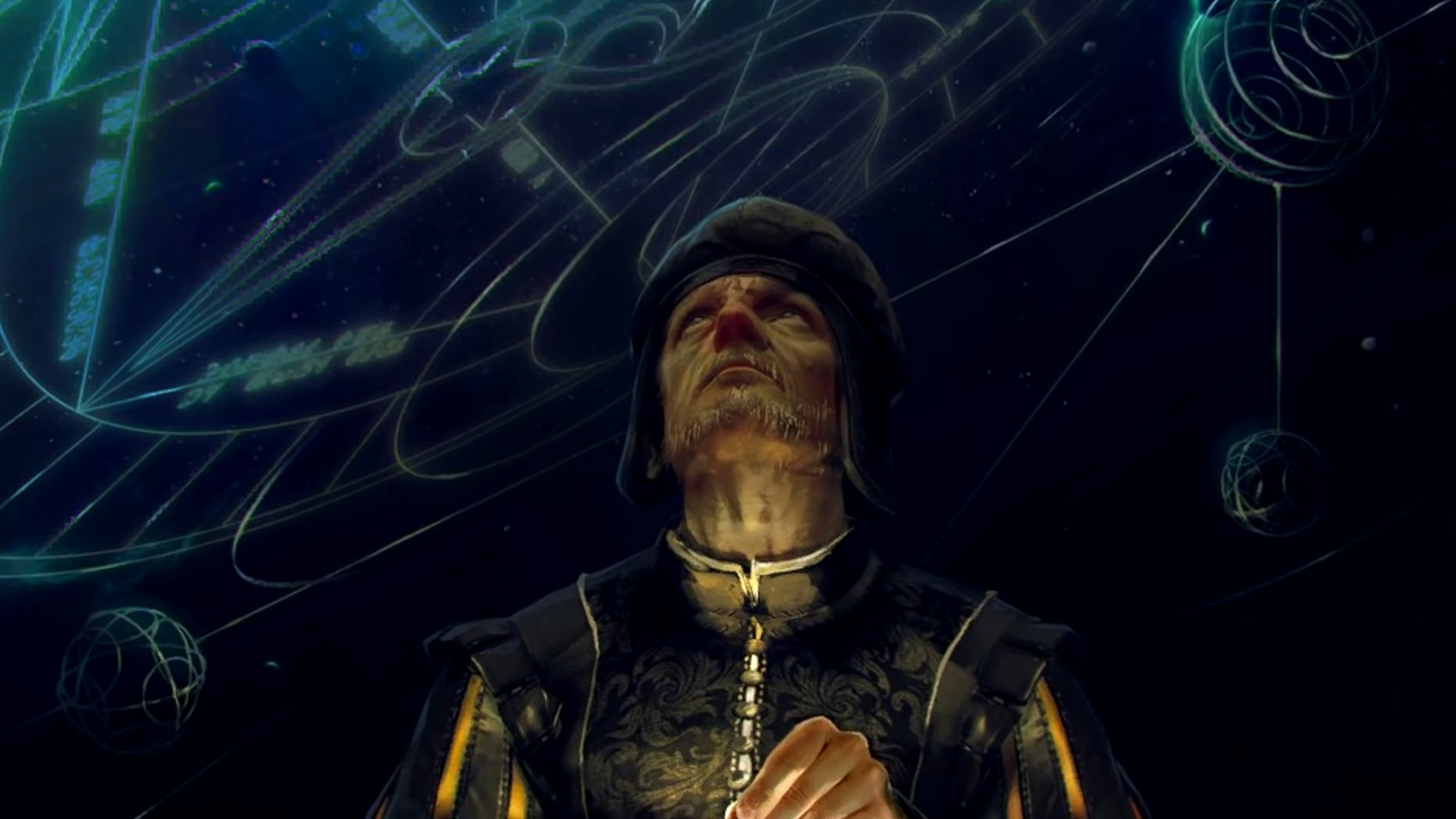 These bards use gaming sets such as tarot cards and the like to broadcast their minds to the various spirits of the elemental planes and find inspiring or dreadful tales that buff their allies and debuff their enemies. Please keep in mind that this material is not official and you should ask your DM before taking this subclass.

At 3rd level, the Spirit Bard gains the Guiding Whispers feature, granting them access to the Guidance cantrip. This is a huge boon to the Bard, as Guidance allows the Bard to skill monkey more effectively, and provides an overall buff to the party as far as skill checks go.

At 3rd and 6th levels, the Spirit Bard gains the Spiritual Focus feature, allowing for a wider range of spellcasting foci in the form of a crystal ball, a skull, or any similar occult item. When the Bard reaches 6th level, spells that deal damage or restore HP get a 1d6 bonus to one of the rolls.

This tale is kept in mind until you finish a rest or bestow it on a creature, which costs an action. These tales are buffs and debuffs that can be applied to your allies or enemies in a variety of ways, from granting temporary HP to dealing force damage. Though the Bard pulls it’s abilities from the spirits, they never know what they’re going to get, so it’s best to use this ability ahead of time instead of relying on getting what you need in the middle of combat.

6th level brings the Spirit Session ability, granting the Bard the ability to conduct a ritual with a number of creatures equal to their proficiency bonus. The Spirit Bard can then choose a spell from any class and learn it temporarily, provided it’s from the necromancy or divination schools of magic and the level of the spell is equal to or lower than the number of people who participated in the ritual.

Finally, Mystical Connection rounds out the Spirit Bards’ abilities at 14th level. When you use your Tales From Beyond feature, you can choose to roll a d6 instead, taking the result on the table but not expending a use of your Bardic Inspiration.