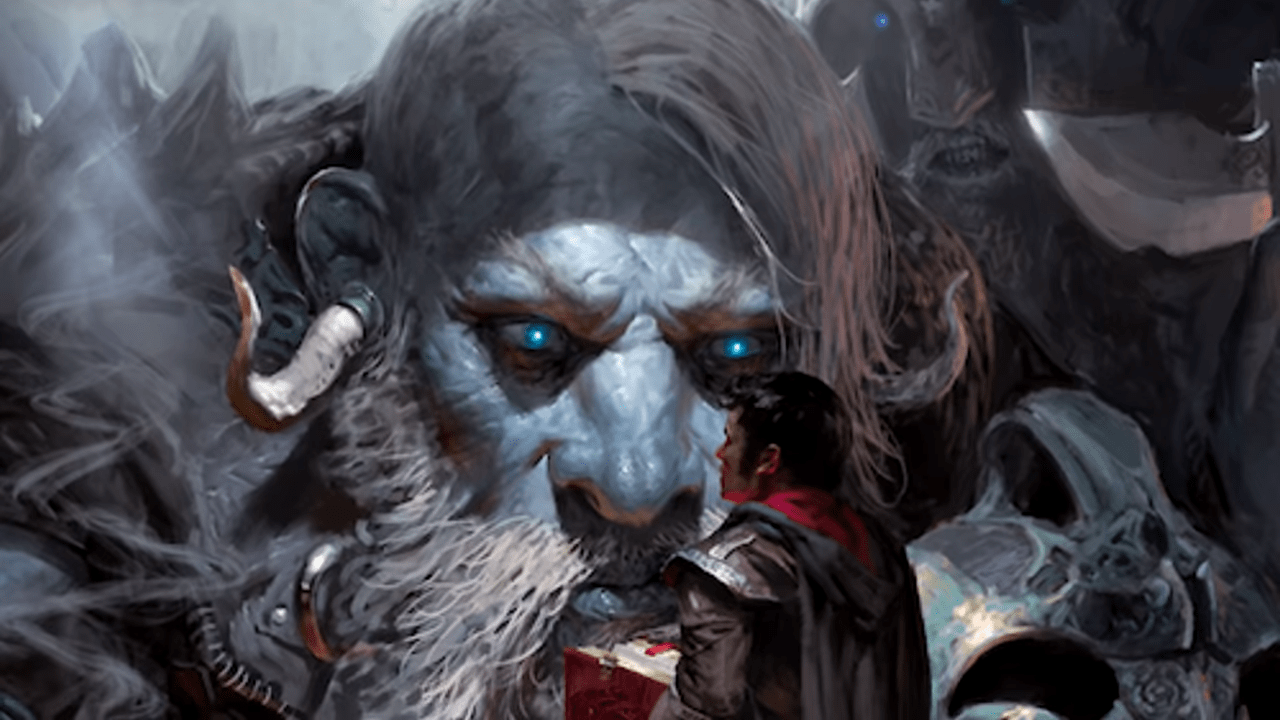 Giants have always been a source of wonder and fear for players since Dungeons and Dragon’s publication back in 1974. Now, they’re a source for players to draw power from after this installment of Unearthed Arcana.

Rune Knights use the ancient practice of rune magic that originated with giants in order to enhance their martial prowess. Whether you heard about this magic through a wise traveler or learned it straight from the source, you’ve found a way to study the giant’s craft.

Rune Knights are pretty front-loaded and gain a number of abilities at 3rd level, the first of which is the Bonus Proficiencies feature, which gives the Rune Knight proficiency with smith’s tools, as well as the ability to speak Giant.

Also at 3rd level is the Rune Magic feature, providing a large variety of Rune options to choose from. When you finish a long rest, you can choose to inscribe a different rune you know onto an object. To be eligible, the object must be a shield, suit of armor, or weapon, and each object can bear only one rune. The runes are pretty extensive and will be covered below.

Haug, or Hill Rune, gives you advantage on saving throws against being poisoned, as well as resistance to poison damage. Additionally, you can invoke the rune to gain resistance to bludgeoning, piercing, and slashing damage for 1 minute.

Ild, or Fire Rune, gives you expertise on any ability check you make with a tool, meaning you can double your proficiency bonus when applied this way. In addition, when you hit a creature with a weapon attack, you can invoke fiery shackles, forcing the target to attempt a Strength saving throw or be restrained for 1 minute, taking 2d6 fire damage at the start of each of its turns, though it can repeat the save at the end of each of its turns to break free.

Ise, or Frost Rune, gives you advantage on Animal Handling and Intimidation checks, Additionally, you can invoke the rune to increase your Strength score by 2, possibly exceeding 20 but never exceeding 30.

The Skye, or Cloud Rune, gives you advantage on Sleight of Hand and Deception checks. Also, when you see a creature get hit with an attack, you can use your reaction to cause the attack to target a different creature of your choice within 30 feet.

Stein, the Stone Rune, gives advantage on Insight checks and darkvision to 60 feet, or extending existing darkvision by 30 feet. Additionally, if a creature ends its turn within 30 feet, you can force the creature to make a Wisdom saving throw or be charmed by you, with the normal rules for the charmed condition applying.

Finally, the Uvar, or Storm Rune, gives you advantage on Arcana checks and enables you to never be surprised while not incapacitated. Also, you can enter a prophetic state for 1 minute. Until the state ends, whenever another creature within 60 feet of you makes an attack roll, ability check, or saving throw, you can use your reaction to cause it to have advantage or disadvantage.

Also at third level is the Giant Might feature, which essentially gives you the benefits of the Enlarge spell for 1 minute, with the added benefit of advantage on Strength checks and saving throws.

Defensive Runes comes in at 7th level, giving the Rune Knight one new Rune option, as well as the ability to use your reaction to grant another creature a bonus to their AC equal to 1 + your Intelligence modifier.

Great Stature is the 10th level ability, making the Rune Knight grow a number of inches equal to 3d4. Additionally, the extra damage granted by Giant Might increases to 1d8. Also, the Rune Knight gains another Rune.

Finally, 18th levels granted the Blessing of the Allfather ability, which allows you to choose another creature to gain the benefits of your Giant Might feature whenever you activate it.

If you would like to know more about this installment or would like to view other playtest material, it’s suggested to view the Unearthed Arcana website for more information.