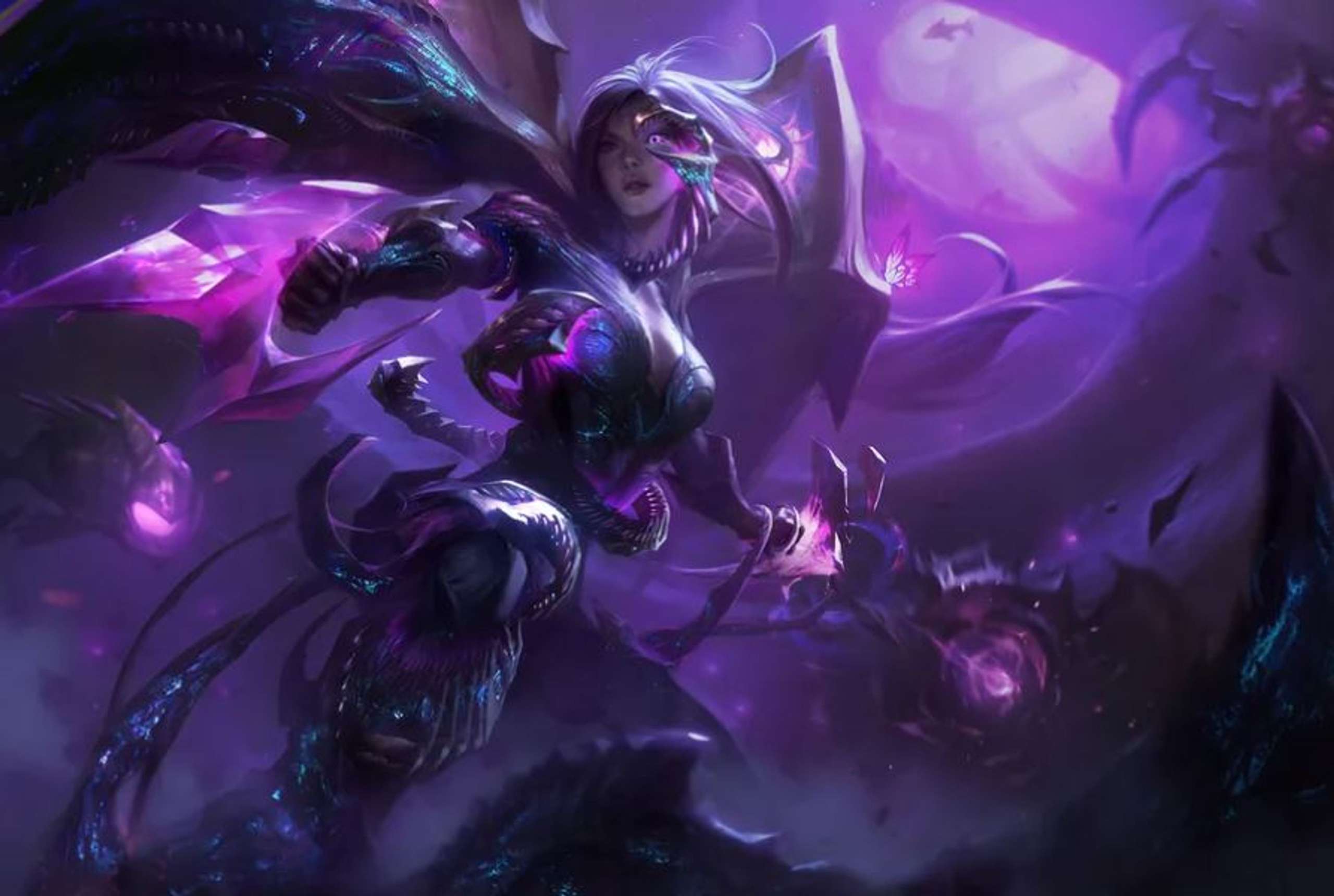 A new League of Legends champ is on the way, and she’s begun her corruption campaign in an unexpected place – on the game’s history page. Astute League fans may have noticed that Kai’Sa, Daughter of the Void, has a very different banner on her Universe page. She is surrounded by writhing tendrils, some of which have reached her face and eyes. Her color palette is more vibrant yet still sinister, and she is surrounded by a vibrant butterfly. This is a teaser for the next champion, giving us a better idea of ​​him.

Previous champion teasers have given us some information – we know that this is the Queen of the Void, an existential threat to the world that seeks to consume all of reality. We also know that this champion plays the role of a jungle, which means she’s capable of ambushing enemies and controlling the map.

If you click on Kai’Sa’s corrupted eye or the butterfly next to it, things get more interesting: each Easter egg will play a short video. In the first of them, she congratulates her prophet Malzahar and says that he will witness the end of everything as a reward for his service. In this cutscene, we briefly see a little girl, but it’s not clear if it’s a random resident of Shuriman who is about to be destroyed or the Empress herself.

RELATED: 10 Games That Has A 'Must-Play' Effect, In The Coming Year For Both Current And Next-Generation Consoles

The second cutscene is even more intriguing, as the Empress summons another Nether champion named Vel’Koz, a scout for the mysterious Watchers imprisoned under the ice of the Freljord. The Empress seems to be based in Ikaria and Shurima. This suggests that in the most mysterious region of the game, there may be a sharp conflict. We’ll have to notice how this grows with the arrival of the Empress, but it’s not yet clear if Kai’Sa’s art change is just a teaser or another plot move in development.

QUEEN OF THE VOIDLEAGUE OF LEGENDS