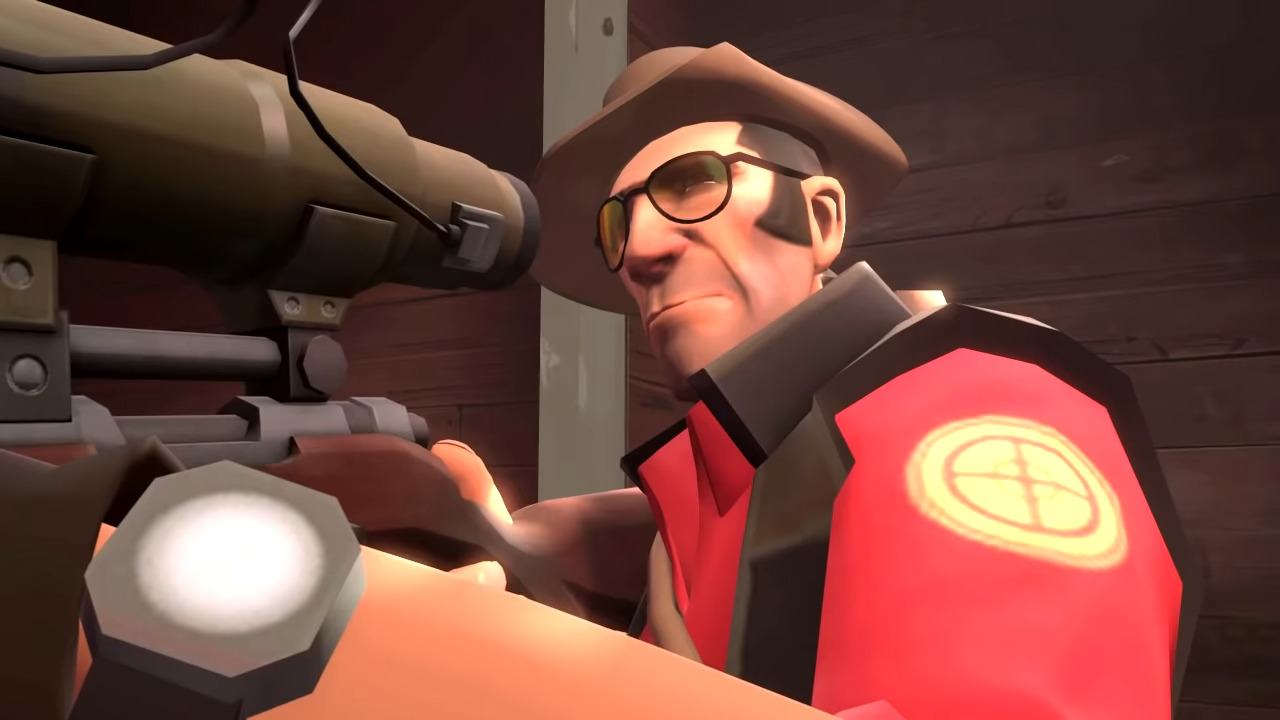 If you ever catch yourself idly gazing at the ceiling and wondering what Team Fortress 2 looks like in the modern age, here’s your huckleberry: the community has become so fed up with bots entering servers and spin-botting that they’ve created their own bots that do the same, yet only target other cheating bots.

These new bots, under the name of ‘Bot Extermination Services’, will join servers and run rampant just as much as the bad-actor bots do, yet with the sole purpose of flushing out the bad bots so whatever few players are in the server and attempting to play can actually do so. The Bot Exterminators will not engage human players; only those that they can deduce are similarly bots.

It’s creative and strange; it’s not like Valve can do much to stop these new bots from hunting the bad bots across servers, as they’ve shown in the past few years (with a decided ramp-up in the past six months), so it’s becoming the modern equivalent of Ultima Online PvP: bot scripts fighting other bot scripters to see who can write the best script.

It’s almost interesting enough to join in on some of these servers and just watch the bots duke it out, as the mamba lines and pyramid groups have unfortunately fallen away along with a heft of the TF2 player base 2when it became ever-increasingly apparent that Valve simply doesn’t have an interest in maintaining their beloved title, not the community that frequents it.

While this likely reads as satire, it isn’t: this is what Team Fortress 2 play has devolved into on the back of, what many consider, to be Valve’s failing at finding an appropriate response to the massive increase in cheaters that have struck their titles since the pandemic hit.

Cheating was prevalent prior to said pandemic; now it’s increased by what appears to be ten-fold. Finding a match without cheater in the lobby is difficult to do; say, roughly as difficult as it is to play Counter-Strike against a team that isn’t cheating.

War has changed. Its no longer about teams or classes. Its an endless series of proxy battles fought by machines. ID tagged bots carry ID tagged weapons, use ID tagged classes. aimbots and bot identification inside their bodies enhance and regulate their abilities
War has changed pic.twitter.com/uMASpPKzUJ

Unfortunately, it’s unlikely that such a crafty ruse would work elsewhere in Valve’s titles: it’s a somewhat common occurrence to have one team blatantly cheating within CS, and then someone on your team turns on their cheats to clap back, consistently turning the server into an HvH spin-fest that those who opt to play without cheats simply can’t participate in.

It’s simultaneously frustrating and hilarious that the community has fought back with their own machinations, yet it cannot be said that TF2 players are not a fastidious and dedicated bunch that have loved the title for decades.

Expect to see some new bots popping up if you’re still frequenting the servers; just keep in mind which ones are friendly.

The Roguelike Spelunky 2 Is Coming To PC On September 29th

May 13, 2021 Harry Alston 130
Yesterday it was reported across multiple outlets that Call of Duty 2021 may well sacrifice its multiplayer experience in favor of the continued...

May 11, 2021 Harry Alston 2940
The Bocek and Spitfire have already established themselves as the two strongest and most frustrating weapons in Apex Legends Season 9. It's not like...

May 10, 2021 Harry Alston 1040
Hidden Depths is the next content addition to Minecraft Dungeons, arriving later this month on May 26th. There isn't much information out there just...