Ubisoft‘s next installment of Assassin’s Creed, subtitled Valhalla, is currently scheduled to be released on current and next-gen consoles in November, and unsurprisingly, it’ll run in 4K at 60FPS on the PlayStation 5.

According to a report by Euro Gamer, both next-gen versions — PlayStation 5 and Xbox Series X — of Assassin’s Creed Valhalla will run in 4K at 60FPS. Additionally, if you’re planning on buying the PlayStation 5 digital, you won’t be able to carry over your PS4 progress if you buy a physical disc on current-gen consoles, as the PS5 digital, as the name states, won’t have anywhere to insert the game’s disc.

“Assassin’s Creed: Valhalla will appear shortly before the new consoles with this release, both physically and digitally. If you buy them for the old consoles, both versions are upwardly compatible with the new PlayStation 5 and Xbox Series X / S platforms at no additional cost. But, there is a little catch: If you buy a physical version of Assassin’s Creed: Valhalla, you have to insert the disc into the new console. So: Don’t buy it on disc for PlayStation 4 if you plan to use a PS5 digital afterwards. With the digitally purchased versions, it doesn’t matter, you can play them on the old as well as the new platform.”

Originally, Assassin’s Creed Valhalla was scheduled to be released on November 17, but it’s been moved up one week to match the release date of the Xbox Series X/S. In total, Valhalla will be available on six platforms at launch: PlayStation 4, PlayStation 5, Xbox One, Xbox Series X/S, PC, and Google Stadia.

Like with previous iterations of the series, Assassin’s Creed Valhalla will have a season pass and post-launch DLC, but it’s unclear whether or not the single-player campaign will be as long as the one featured in Odyssey, which some believe was far too long.

In Assassin’s Creed Valhalla, players will take control of a character named Eivor, who can either be male or female depending on the player’s choice. The game is set during the ninth century and during a period of turmoil for the Vikings.

For their upcoming game, Ubisoft is promising a reworked combat system that will take cues from Viking fighting styles, with one of the new mechanics being dual-wielding. In fact, you can dual-wield any two weapons, including shields.

As previously mentioned, Ubisoft’s Assassin’s Creed Valhalla will be released for current and next-gen consoles this coming November. 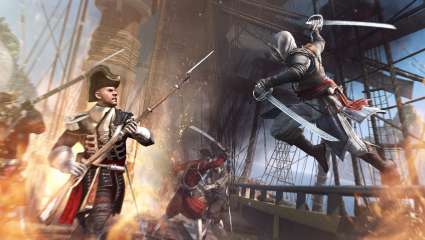 Oct 24, 2020 Kevin J. Kessler 1560
Assassin's Creed Valhalla will be releasing in just a few weeks alongside the Microsoft Xbox Series X and Xbox Series S consoles. It will come out...

Oct 19, 2020 Jeremy Green 2050
Assassin's Creed Valhalla is the next installment in the long-running action-adventure series from Ubisoft. There have been a lot of these games over...