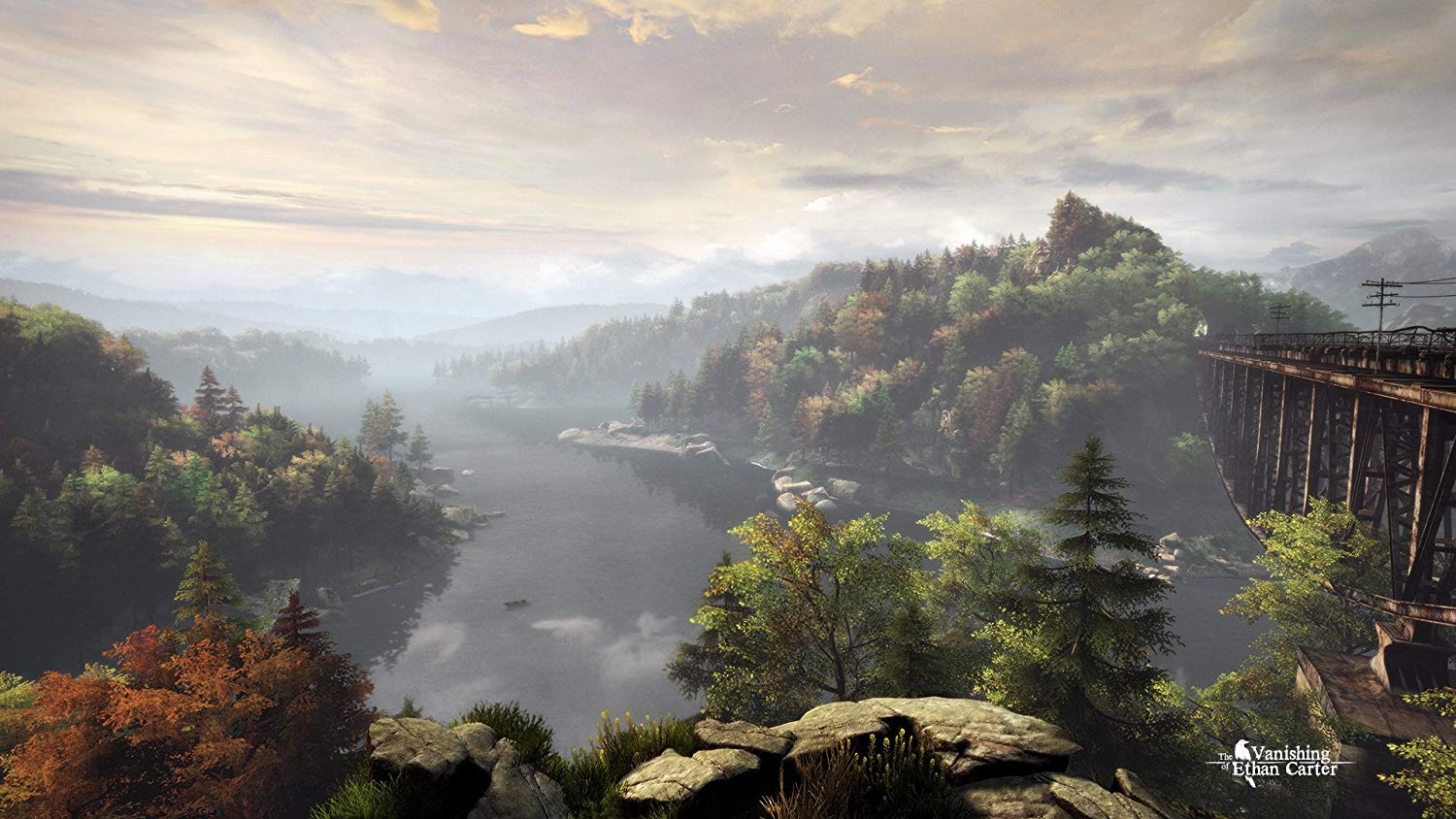 Personally, The Vanishing of Ethan Carter lives up to its name. Never heard of it before now. That seems to be the case with environmental narrative games, but what these story-based ventures lack in action, they make up for in fables that can stay with you for quite a good, long while. Life Is Strange, What Remains of Edith Finch, Gone Home, The Park, even an entire genre of this sort of game exists as visual novels.

In these sorts of games, there’s usually very little active involvement, and you’re more or less playing a storybook. The Vanishing of Ethan Carter is one such game, and is now out on the Nintendo Switch.

The year is 1973, and a mister Paul Prospero gets a fan-letter from Ethan Carter, promoting Paul to go to Red Creek Valley. But things take a turn for the strange; the town has been abandoned for over a decade after a nine collapse, and the Carter family had burned down, with no survivors.

Unlike most story-based games, The Vanishing of Ethan Carter is completely open-world. Players are given the freedom to go anywhere they like to solve the mysteries of the game. There’s also very little ‘hand-holding’ in the game, meaning players are largely on their own.

The player can explore at will, using paranormal abilities to gather clues, solve crimes and puzzles, and reconstruct the past to get a better understanding of what happened and why.

Initially released on PC September 26, 2014, it has since been released on PlayStation 4, Xbox One, and rereleased as a redux. But the meat and potatoes? It’s now out on Nintendo Switch.

In a smart and well-meaning move, the Switch version contains all the quality of life changes the redux has, specifically the elimination of backtracking in order to unlock the true ending. The developers, The Astronauts, have done all they could to bring us the best possible version of the game, and by all accounts, succeeded. Ready up for a tale of mystery, depth, and intrigue in The Vanishing of Ethan Carter, on PC, PlayStation 4, Xbox One, and as of August 15th, 2019, Nintendo Switch. Until next time, stay and play savvy, gamers.

THE VANISHING OF ETHAN CARTER

Both Mutant Year Zero: Road To Eden and Hyper Light Drifter Are Now Free On The Epic Games Store

Aug 12, 2022 Michael Gunn 590
Id Software has been discreetly reorganizing its enormous Steam catalog of vintage titles. The firm has started combining the numerous Doom and Quake...