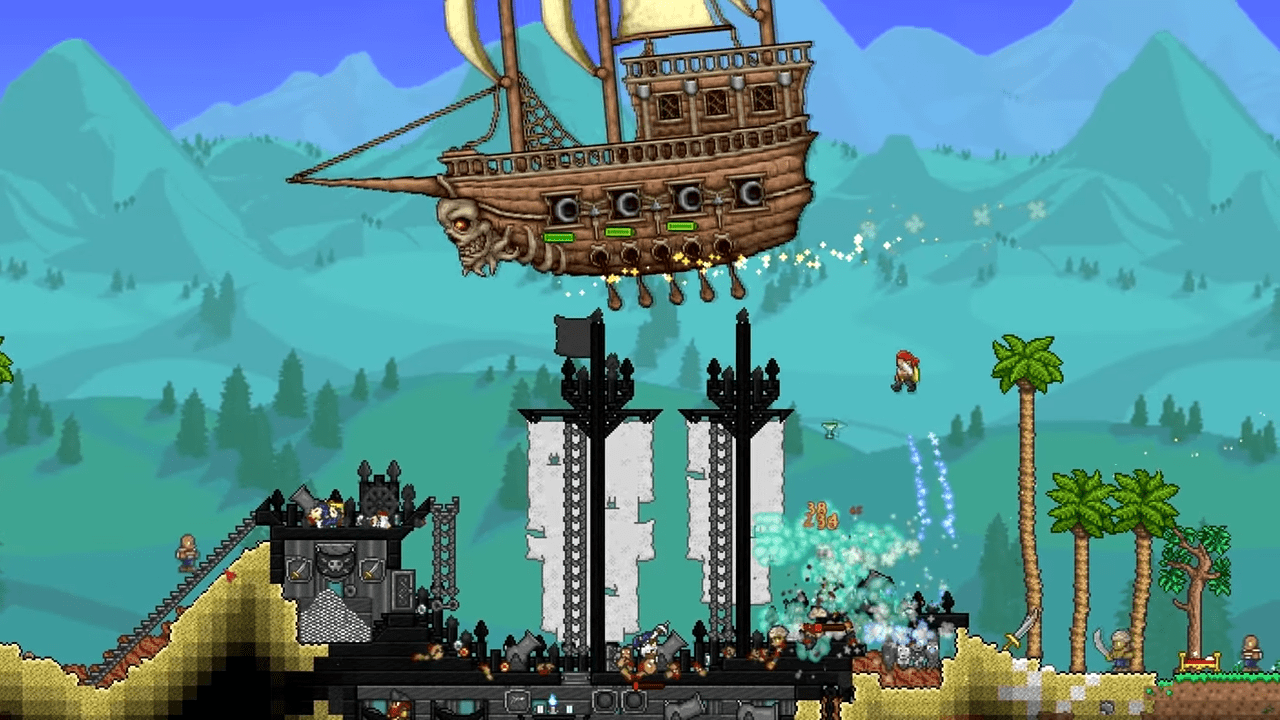 There was a time when Re-Logic was going to hang up the hat on Terraria years ago, instead of bringing years of updates and content to fans as it morphs into the modern Terraria that we know today. The older version of Terraria definitely isn’t bad, per see, but it absolutely lacks the miasma of content and discovery that the modern version presents for Metroidvania lovers.

As they were planning to finalize the game, work began on a new Terraria called Terraria: Otherworld.

The project was ultimately scrapped after the studio worked on it for a bit, then realized that they could do so much more with standard Terraria without needing to develop new libraries and GUI mechanics anew. So Terraria: Otherworld never was realized, and Terraria became a robust indie darling that we know of today.

If you’re curious about what ultimately befell the files of Terraria: Otherworld, you’re not alone. Thousands of users are curious as well about what happened to the collection of code that has sat for years collected bits (heh) of dust.

Fast forward to the modern-day, and the president of Re-Logic, Andrew ‘Redigit’ Spinks has offered the numerous fans of Terraria a deal: if a petition can reach a monumental 100,000 signatures, Re-Logic will release the troubled Terraria: Otherworld code as open-source.

The petition currently stands just under 10,000 signatures, and various members of Re-Logic have signed the petition themselves in an effort to get the code out.

Hey guys, do you know Terraria Otherworld? If so please sign this! https://t.co/E8HuPYIefU via @ChangeGER

The opportunity is pretty massive; it could very well be the starting point of a community-driven and developed Metroidvania that could ultimately surpass Terraria itself, with incremental development occurring until PCs are one day obsolete. Granted, the funding for such a massive community undertaking won’t magically appear, but there are more than a few aspiring developers eager to dip their toes into the primordial ooze of game development.

Andrew Spinks has confirmed on Terraria’s official Discord that he’s more than willing to release the files; as the CEO of Re-Logic, he absolutely holds that power.

If you want to put your name on the application as well, you simply need to hit the link in the posted Tweet.

While it bears interest to imagine what ultimately could be if the community can get their hands on the source code for the game that never was, it all starts with getting publicity for the needed number of signatures. With the sheer number of Terraria fans, however, that shouldn’t be too difficult.

Sep 24, 2022 Tom Lee 190
Infinity Ward has announced that the second beta weekend for Call of Duty: Modern Warfare 2 will have additional maps and game styles than the first....

Sep 24, 2022 Michael Gunn 130
The developer of the popular free-to-play video game Genshin Impact, miHoYo, which runs under the leading leader of HoYoverse, is aware that there is...

Sep 24, 2022 Tom Lee 310
Over a million people are actively playing Destiny 2, making it one of the most popular looter shooters. Destiny 2, released in 2017, successfully...