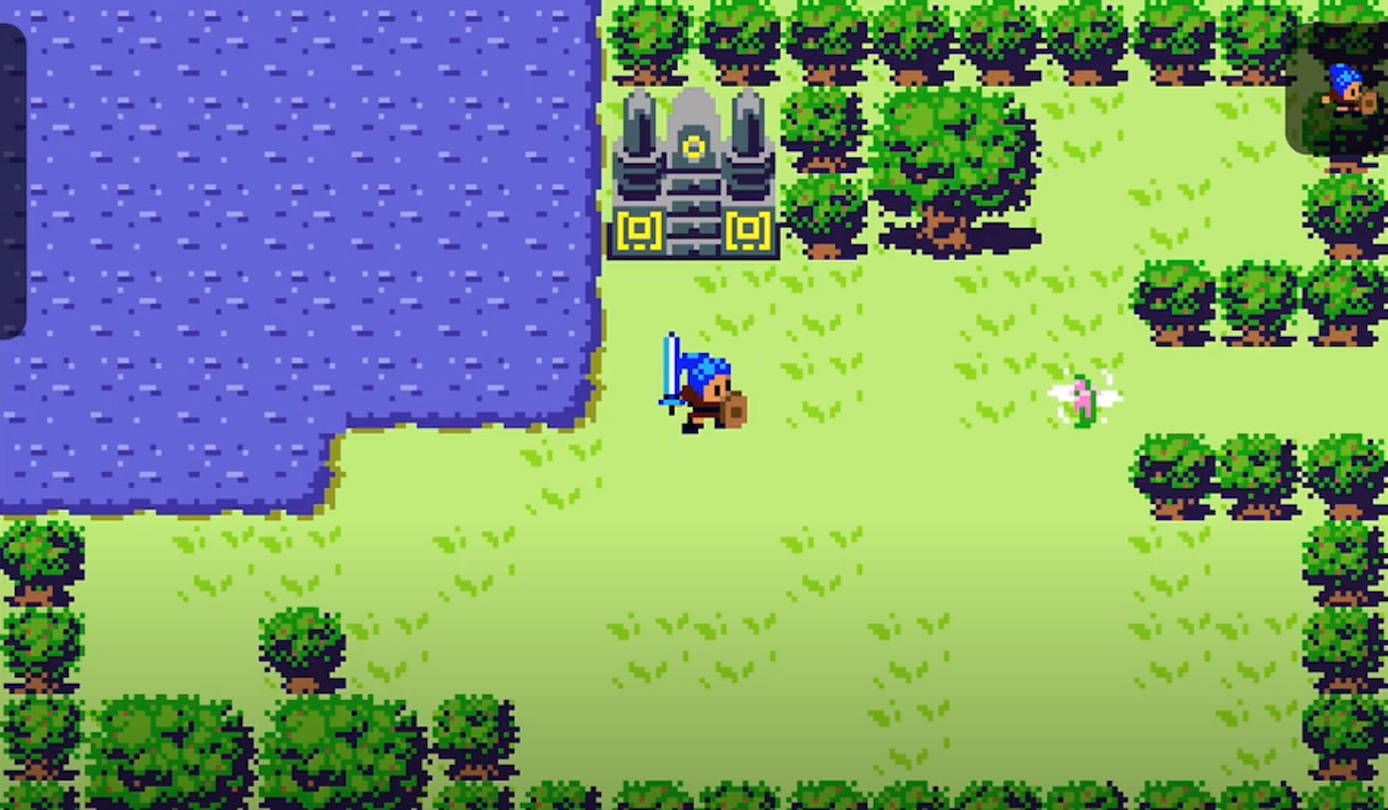 Solo developer James Swiney has released his newest action RPG Aruna’s Adventure on iOS devices. The game takes inspiration from the early 90s action RPGs and hopes to make players feel nostalgia. The game will only be an iOS exclusive for now.

The game contains 8-bit pixel art and large environments to explore. The game stars Aruna and her trusty fairy. Their once peaceful world is now infested with monsters and other evil creatures. Together, Aruna and her friend begin a journey to save their world from the evil Dark Lord.

The game contains multiple environments filled with secrets. Players will enter dungeons to fight powerful monsters, find new equipment, and more. Exploration is key in Aruna’s Adventure since players will need to level up and find armor and equipment before facing the final boss.

Aruna’s Adventure contains additional mobile features so that players can enjoy a retro adventure with “modern conveniences.” The iOS specific features include cloud syncing between other iOS devices with the same Apple account. Players can earn Game Center achievements and also Autosave. Players will never lose progress, even after closing the game.

The game contains 120 FPS on supported devices, ensuring a smoother gameplay experience. There is also an additional option for full controller support. Controllers work within the game and also on menus.

Aruna’s Adventure’s graphics are not only 8-bit inspired but has a top-down perspective similar to 90s games. The developer created three overworlds containing six large dungeons. Together, there are more than 400 scenes to fight through.

The trailer for the game shows some of the regions Aruna will travel through, such as forests, snow-covered lands, and within dark dungeons. The bosses all have names under their health bars. Aruna will have to learn each bosses’ moves to strike when the time is right. After the battle, Arna can collect her loot or coins to purchase items later.

Aruna can fight by striking enemies with her sword and use various powerful attacks. Her health and power bar are placed on the left-hand side, so it doesn’t obstruct the player’s view.

Aruna’s Adventure will launch as a premium game, which means it will have a one-time purchase at launch. After that, players can enjoy the game without worrying about ads.

The developer has previously released other mobile titles. They include two Poker games and three Hectic Space titles. Aruna’s Adventure is the first action RPG James Swiney has launched.

Aruna’s Adventure is now available as a premium game on the App Store.

Oct 23, 2020 Lisa Nguyen 950
Kakao Games has announced its working with developer Cygames to release World Flipper worldwide for iOS and Android. The announcement was followed by...