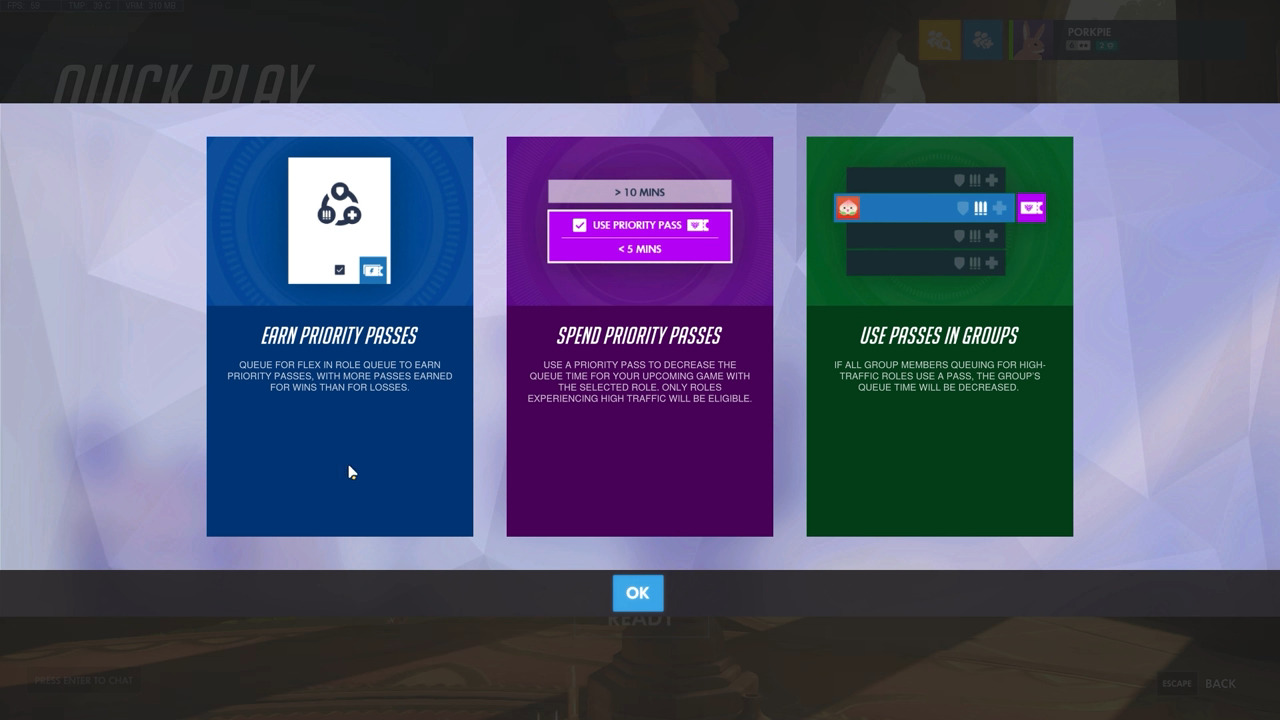 As fans eagerly await news of the upcoming title Overwatch 2, there has been plenty to talk about concerning the older version of the series as well. Over the past couple of weeks, we’ve had a new short story featuring Symmetra, the Symmetra restoration challenge, a new experimental card, and now more information about this priority pass system.

The priority pass was first announced via one of Jeff Kaplan’s famous developer updates (and perhaps in even bigger news – the update shows he finally shaved that quarantine beard.) The original announcement was more of an introduction and left fans with a lot of questions about just how it will work.

Luckily for those eager for more information, Principle Game designer Scott Mercer recently released an article on the playoverwatch website titled, “THE WHATS, WHYS, AND HOWS OF THE OVERWATCH PRIORITY PASS.” As the name suggests, it has plenty to delve into regarding the exact features and design philosophy of the upcoming pass.

“The most important thing we’re looking out for is: at the end of the day, how can we make Overwatch more fun for our players?”

First, he goes over just what exactly the priority pass is. Basically, since the population of players that prefer damage over support and tank is so large, the queue times for DPS (especially in competitive game modes) is much longer.

The priority pass is a reward system for players who are willing to play a Flex position for a couple of games. Win or lose, you will be rewarded a number of priority passes that you can spend in order to receive priority during the next DPS queue.

Some players had questions about how this would work when you are grouped with other people. Mercer also makes this clear during the update, and it’s fairly intuitive.

Within a group, only the player that has the impacted role (likely DPS) will need to spend a priority pass, and then the whole group receives the benefit of the lower queue times. Sounds pretty sweet!

The article also asks why so many more people want to play DPS compared to the other two roles, and what exactly contributes to the inflated queue times for those players. Mercer believes that the first-person shooter nature of Overwatch naturally attracts players who gravitate towards those roles. He also states that in his opinion, DPS is not fundamentally more fun than the other two roles but that it is down to personal preference.

For those on PC, the priority queue system is already up for testing on the PTR if you want to preemptively check it out. Mercer doesn’t believe that the PTR will really inform the team of how the system will behave once it hits live since the proportion of players who play on the PTR is so small. Either way, it might be interesting to at least check it out and help the team test out this new feature for Overwatch.