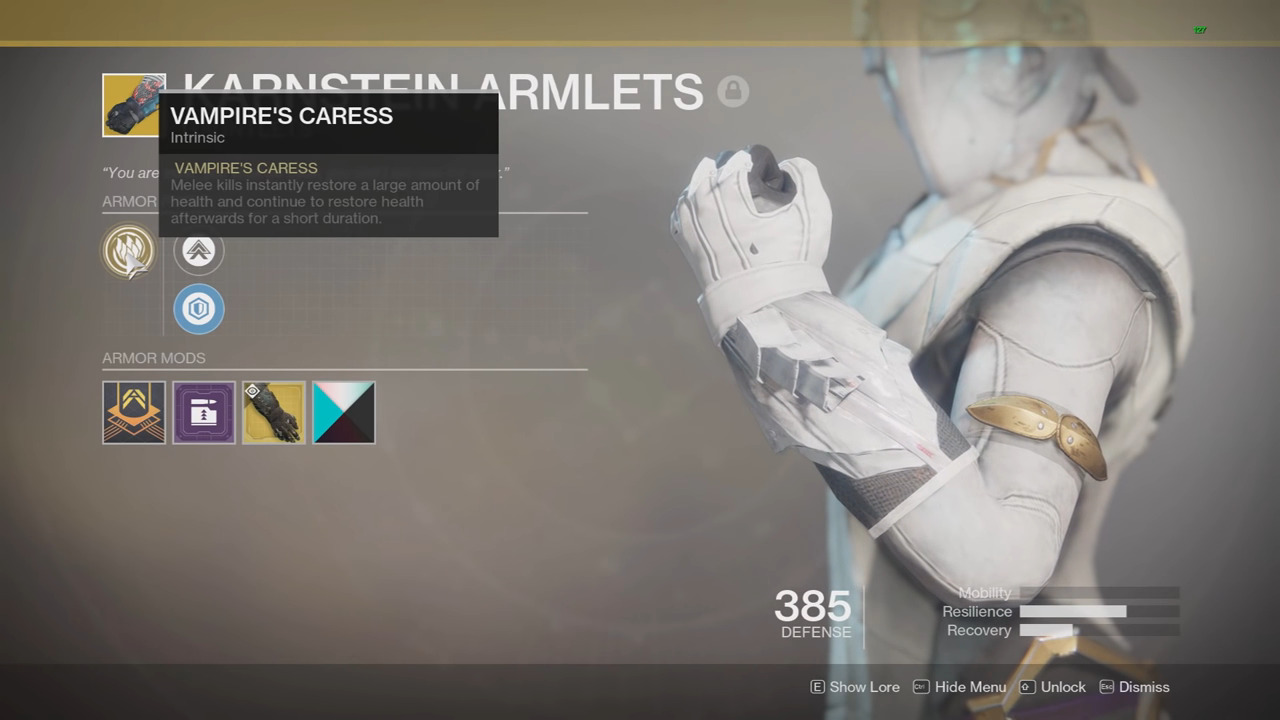 Each week on Friday before the reset, a strange creature named Xur visits our system to peddle his wares. This gives the ever eager player base of Destiny 2 something to look forward to, as he is the only vendor in the game that sells coveted Exotic tier items. These items are purchased with legendary shards, which is a currency you should be racking up on throughout regular gameplay.

He also sells an item called a Fated Engram, which is even more special. This engram will drop a random exotic item to the player, but will only drop an exotic you haven’t obtained before. Obviously, this mechanic doesn’t work if you have all the exotics, or if the exotics you are lacking can only be obtained via special means like a quest. It costs a hefty 97 legendary shards, but is well worth it.

Now on to where you can find Xur this week. Until November 24th at the weekly reset, he will be hanging around Nessus. He is located in the Watcher’s Grave area of the map, standing atop a very large tree.

This weekend in Destiny 2 you can find Xur on Nessus.

This week, Skyburner’s Oath is the weapon drop and is an exotic solar scout rifle. The Slug Rifle perk causes it to deal increased damage while aiming down sights and allows players to fire heat-seeking grenades while hip firing. The other perk For the Empire does quite a bit, such as making the gun fully automatic and dealing increased damage to Cabal, as well as penetrating Phalanx shields.

While this all sounds fairly impressive, the weapon is actually fairly mediocre and isn’t necessary to pick up in most cases except for filling that collections tab. If you are planning to undertake a Cabal heavy activity though, you might want to try it out.

Next up is the class items, and we will start off with the Syntoceps gauntlets for the Titan class. This armor recently got a buff, so it’s definitely worth picking up if you don’t have it already. The perk Biotic Enhancements enhances super and melee damage while surrounded by enemies, as well as giving players an increased melee lunge range. Combined, this makes for a useful, all-purpose type exotic that can benefit players in nearly every activity type.

Hunters this week can “enjoy” purchasing the Aeon Swift gauntlets. The perk Aeon Energy will give benefits to other members of your fireteam that are also rocking the class-specific Aeon exotic items. Unfortunately, this exotic is outclassed in pretty much every way by other exotics, so it’s really only worth picking up if you’re too lazy to play through the Osiris campaign in order to obtain it.

To wrap up this week’s set of gear, Warlocks get the chance to nab the Karnstein Armlets. These gauntlets come equipped with the Vampire’s Caress perk, which heals players both instantly and over time upon getting a melee kill. These gauntlets are some of the best options for Warlocks in the game, especially with melee heavy subclasses (Devour/Karnstein Armlets anyone?) so it’s definitely worth picking up.