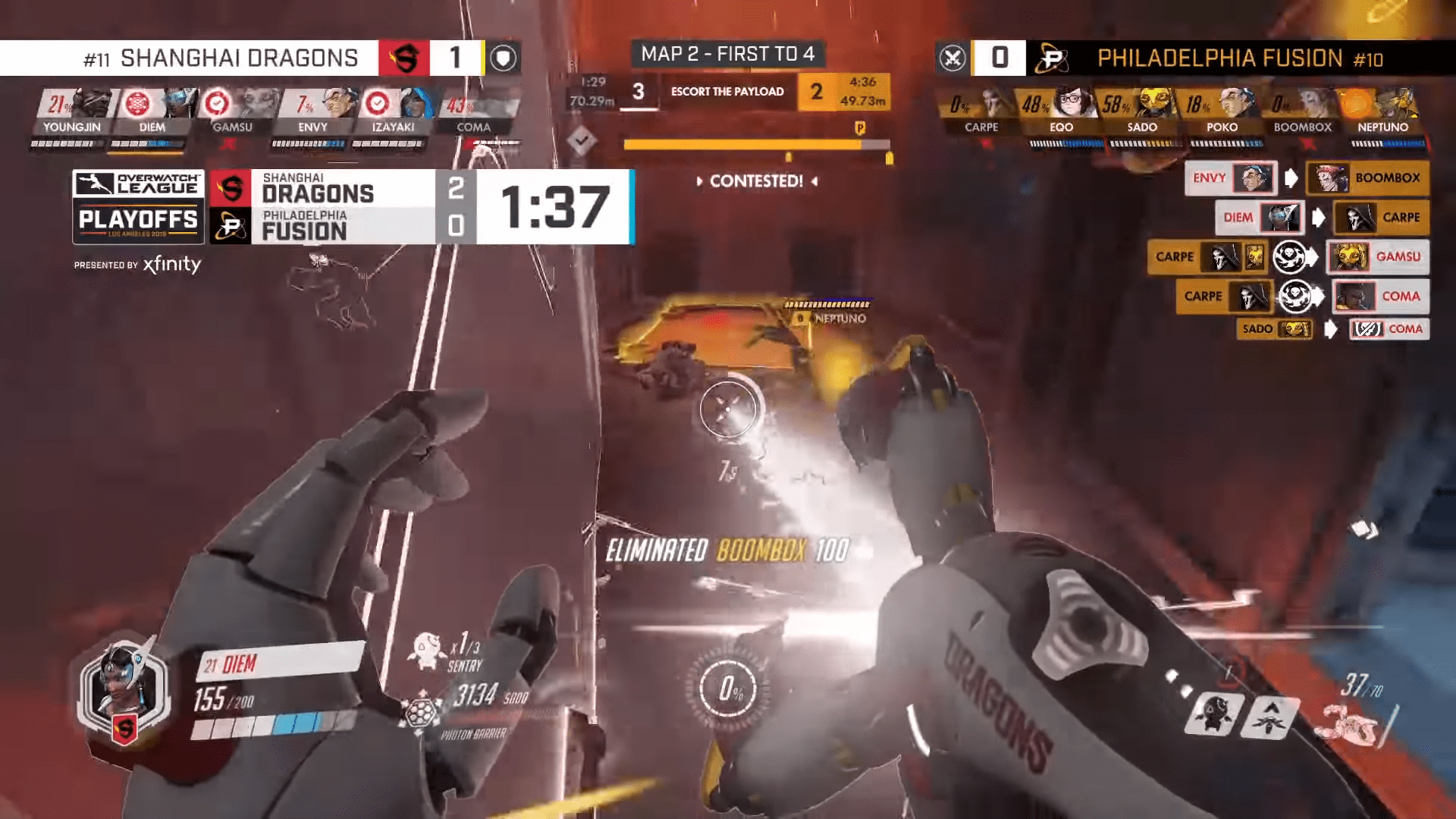 The Overwatch League continues its off-season shenanigans, with players being transferred seemingly across the globe with little warning.  Fear not, as we actually get warning for this gigantic move that has been leaked via Matthew ‘Super’ DeLisi during a chat with viewers as he relaxed with Team USA.  ‘Super’ plays on the San Francisco Shock, the American powerhouse team that wiped up the second season and clean-swept almost the entire finals. Young-jin ‘Gamsu’ Noh, whom the rumor is in reference to, played for the Shanghai Dragons in Season 2 of the Overwatch League, and was in Boston Uprising for the inaugural season.

‘Gamsu’ is a main tank that has consistently done well across the meta’s, and has earned himself a solid fanbase with his dynamic Winston and Wrecking Ball tank plays.  Despite this general solid performance, if this rumor is true, he could be one of the most traded players in the Overwatch League.

The Dallas Fuel has been stuck in a rut since Overwatch League’s initial season, due to struggling to keep their all-star bench happy, and questionable coaching choices that led their statistically favored bench to constantly struggle against weaker teams.  In short, a revamp is desperately needed for the Dallas Fuel owners to stay, or even finally reach, the black from investment.

‘OGE’ is the current main tank for Dallas Fuel, and has struggled recently to find his footing across the various stages of season 2.  What initially looked like a resurgence of the tank that has fought off boosting accusations and vitriol has turned into inconsistent showings that alternate between brilliance and stupidity.  A changing of the guard for the Fuel may be precisely what is needed, although the Fuel would be foolish to stop there; casters have posited that perhaps the entirety of the roster needs to be changed over for the Fuel to have a chance to take more than a handful of wins next season.

This lends considerable merit to the next rumor; Se-yeon ‘Geguri’ Kim, the world’s first female professional Overwatch League player, has been trapped on the bench of the Shanghai Dragons.  Benched for the past season almost entirely, it would be understood universally if she were to seek greener pastures with another team.

Her raw mechanical skill is easily viewable on her Twitch channel, where she pulls obscene maneuvers regularly in her now-comfortable off-tank role.  Benched in favor for Kang-jae ‘envy’ Lee, it would be a judicious move for the young star to change her stripes for the Dallas Fuel.

‘Geguri’ accidentally slipped on her Twitch channel early Friday morning, and spammed her chat with Dallas Fuel logos.  Coupled with ‘Super’s’ accidental leak, a powerhouse could be created for the Fuel by an entirely South-Korean tank-line, and ‘Gamsu’ has shown in the past to have fantastic synergy with ‘Geguri’.  It’s plausible that Geguri is simply excited for her colleague to experience a new team, and she wants to wish him best when the time is right.

Neither ‘Gamsu’ nor ‘Geguri’ has verified the rumors as of writing.

One could be forgiven, however, for salivating over the idea of both ‘Geguri’ and ‘Gamsu’ moving to the Dallas Fuel.

Festival of the Lost, Destiny 2’s Annual Halloween Event, Brings With It Spooky Rewards And Events