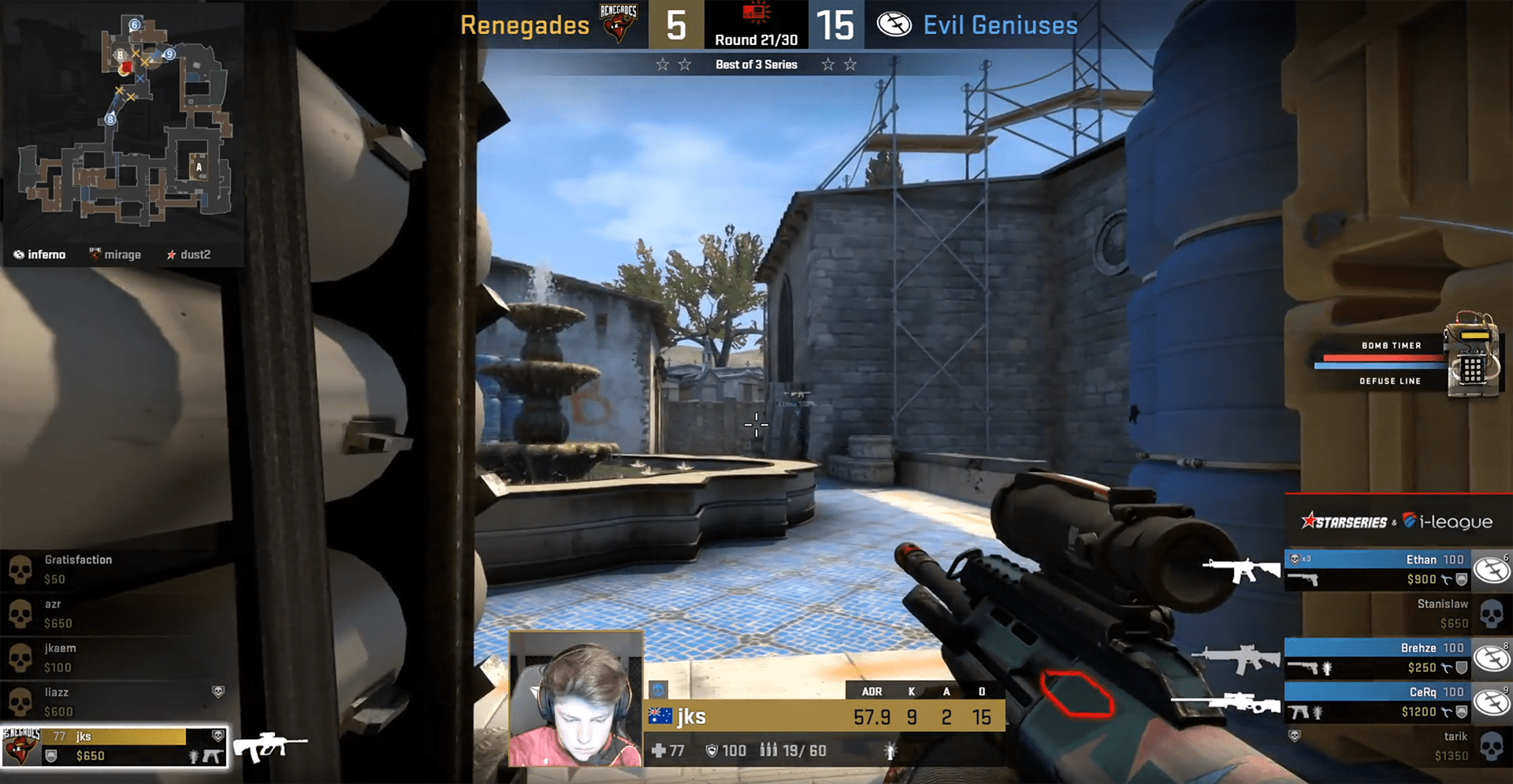 The Counter-Strike: Global Offensive StarSeries i-League Season 8 Finals (try saying that five times fast) are finally underway, with much-levied anticipation on an international scale as to how some of the well-known team’s are faring in a more intense LAN setting.  The three-day Counter-Strike fest is officially underway, with the first day of matches lasting a rough thirteen hours straight.  Of interesting note is that this marks @OnFireSemmler’s return to Counter-Strike: Global Offensive finals casting after a two-season stint in Overwatch League for Blizzard Entertainment.

The series this Friday consisted of FURIA versus Vitality, MIBR versus NIP, G2 versus fnatic, and Renegades versus Evil Geniuses.

Series One – FURIA versus Vitality

🇺🇸 Another french squad against us, but we want to show that the BR is stronger! The next step is vs G2 at 3am (EST). Can we counting on you at FURIATV?

On paper, this match was bound to be interesting.  Vitality has recently removed ‘NBK’ from their active roster, concerned that holding two in-game leaders was causing their spotty performance in the past, resulting in their ‘cannot be touched’ skill-level one series, then turning around the next series and putting forth a performance that was Open Division at best.  Switching ‘NBK’ for ‘shox’ has not appeared to have been the solution Vitality is looking for, as Vitality has steadily degraded from an occasionally worthy team to a stumbling mess on a global stage.  Not even the legendary fragger ‘ZywOo’ could keep this team afloat, and Vitality ended up with a (0-2) loss that happened so quickly that it jumped the rest of the final times forwards by a considerable amount.

FURIA picked the Mirage map, which they easily won (16-5), in spite of ‘ZywOo’ netting multiple frags per round.  Team Vitality selected Nuke, which they lost after a slight struggle (16-9).  Vitality continues to stumble after their roster shake-up, and it doesn’t look like the end is in sight for this French team unless drastic measures are taken.

We meet @Renegades tomorrow once again in the lower bracket semifinal!

The second series of the day was a far closer competition, breathing life back into casters and audiences alike.  Both teams were coming from particularly rough losses, with MIBR previously falling quickly to fnatic’s star-studded roster, and NiP coming from clean-sweep losses against both Evil Geniuses and G2.  The global ranking also left much to the imagination, with their rankings a mere three away; MIBR at global ranking #14, and NiP at #11.  NiP’s ‘twist’ appears to be far more comfortable in the new team, bringing three series-altering clutches that kept NiP in the game for the entirety of the series.

MIBR had first map pick and opted for Train, which they won (16-9) after an impeccable terrorist side performance which netted them eleven points in the first half.  NiP had the second honors and selected Inferno, which they won (7-16) due to a strong first-half counter-terrorist side.  Mirage was left after bans and although a struggle for both sides, MIBR won in the end with (16-12).

If you can't sleep before gameday…

A weapon has no emotions. #Worlds2019 pic.twitter.com/7hWGE86y9S

Both G2 and fnatic have had impressive StarSeries i-League seasons leading to this point, with victories and clean-sweeps against notables such as mousesports, NaVi, and NiP.  The match-up was hotly contested, with stand-out performances delivered by fnatic’s ‘Brollan’ and ‘flusha’, and G2’s ‘nexa’ and ‘kennyS’, with both teams alternating between rounds with victories and defeats.  ‘nexa’ had a notable three separate multi-frags to keep G2 hot on the heels of fnatic.  Considering that G2 was punching-up in this match-up, with their global rank of #13 versus NiP’s #4, the reality of this match being so surprisingly close is a testament to G2’s recent growth and development, despite ultimately losing (1-2).

fnatic selected Overpass as their first match and delivered after a close map (11-16) that they clutched with a clean second-half on the terrorist side (3-9) after the first half (8-7).  G2 opted for Dust and managed to pry it from fnatic’s fingers (16-14), with both halves ending in (8-7).  The residual map played was Mirage that found fnatic winning (12-16).

A flawless round secures us our victory as we finish the series 2-0! GGs to @Renegades.

The team put in the work, and it's been a complete 180 from our Day One performance. We're now off to the Winners' Finals tomorrow at 10:00AM EST! #EGReady pic.twitter.com/pZfn7wss8d

To close out the first day of the Counter-Strike: Global Offensive StarSeries i-League Season 8 Finals, Renegades got to meet the current CS: GO front-liners Evil Geniuses.  In a bit of a head-scratching stomp, Evil Geniuses cleanly won the first two maps against Renegades, sending the Renegades to the lower bracket for the finals.  Renegades notably fail consistently in high-stakes finals, yet continue to dominate in regulation; either the pressure or LAN continues to throw a wrench in their tactics and operations.  None of the players for Renegades finished the series with a net positive kill/death tally.

Evil Geniuses picked Inferno and won cleanly with (5-16).  Renegades selected the map Mirage which they at least contested, yet ultimately lost (12-16).  Evil Geniuses continue to look like the team to beat for this final.

Dark Devotion Has Been Released On PlayStation 4 And Nintendo Switch, Side Scroll Boss Action That Will Haunt Your Dreams