Counter-Strike: Global Offensive – ECS Season 8 – Astralis Versus BIG Ends With A Bullet Away From A World Record Victory 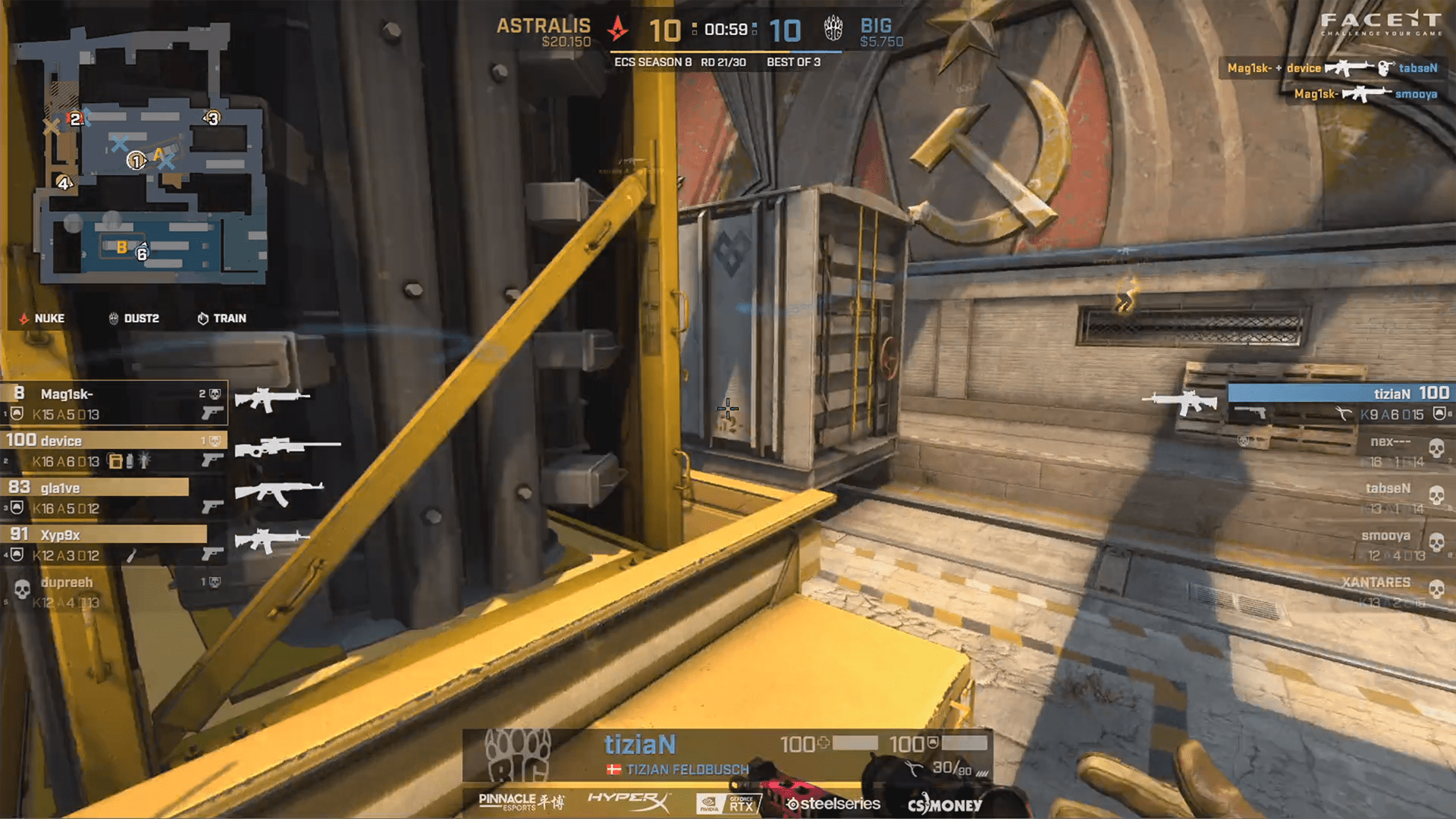 As ECS moves ever-closer to their final in Arlington, Texas in late November, fierce Counter-Strike teams have been fragging their way across leaderboards, with occasional upsets shocking viewers internationally.  In today’s featured match-up, top globally ranked Astralis went against the German team BIG, ranked 26th.  The match was destined to be a stomp, with a point differential over 800+ separating the two teams, along with roughly 40 competitive Counter-Strike players.

That didn’t seem to FaZe (ha) BIG at all, however, and the German roster went blow to blow with Astralis for three rounds straight, leading to one of the most-watched regulation season series that went the entirety of the distance.  To properly phrase how phenomenal that is, most esport betting sites gave ~1.1 odds to Astralis victory, with a 6.7 payout for bets towards BIG prior to the start of the match.

With no disrespect intended towards BIG, it was a match-up equivalent of a rec league soccer club playing against the German national team.

The match started as one would very much expect; Astralis opened a free clinic on angular fragging in their map choice of Nuke, with ‘dupreeh’ and ‘device’ turning a 2v5 situation into a round victory for Astralis.  The punishments continued to be doled out against BIG, often failing to check sharper angles within bombsites, and being overrun with intelligent utility usage from Astralis.  Nuke has historically been one of Astralis’ weaker maps, with an overall win percentage of 66.7% for the past 3 months.

This map pick astounded both casters and viewers alike as Astralis confidently picked Nuke; the gamble clearly paid off.  BIG looked uncomfortable on the notoriously multi-tiered map and proceeded to be picked apart with precision and ease.  The first map ended 16:3 in favor of Astralis.

Dust2 was BIG’s pick in this matchup, which is their second strongest map; their strongest map, Mirage, was wisely banned from the map pool by Astralis’ first ban selection.  BIG went into Dust2 with a 77.8% win percentage over the past three months, versus Astralis 61.5%.

Yet despite this discrepancy between the two win statistics, Astralis played the map rather close, with BIG clutching the last couple of rounds to bring about the final map.  ‘tiziaN’ had a clutch closing round on Dust2, defending the bombsite for CT with the newest meta rifle, the  SG556, netting 4 frags in one round on a B site defense.

This brought both teams to the final map, Train, where Astralis holds an 83.3% win rate versus BIG’s 60%.  The two teams closed on each other and began shattering both viewer numbers and round defenses, bringing both to an eventual even keel 20 rounds in, with 10:10 on the scoreboard.  It seemed as though for the first time ever, a team would defeat another team with over an 800 point rank differential (where both teams had been active at least 1.5 years), and Astralis & BIG continued to swap round victories and defeats.

Ultimately, at 15:14 (Astralis), a fantastic Astralis’ Molotov from t-spawn would net 3 kills at round start, and BIG couldn’t hang on to the match.

Astralis has confirmed their entry into the November 28th-December 1st Arlington, Texas ECS Season 8 finals, and their number one global rank is secure, for now.

Bethesda Offers Ultra Exclusive Zone For Fallout Fans, But For A Premium Price