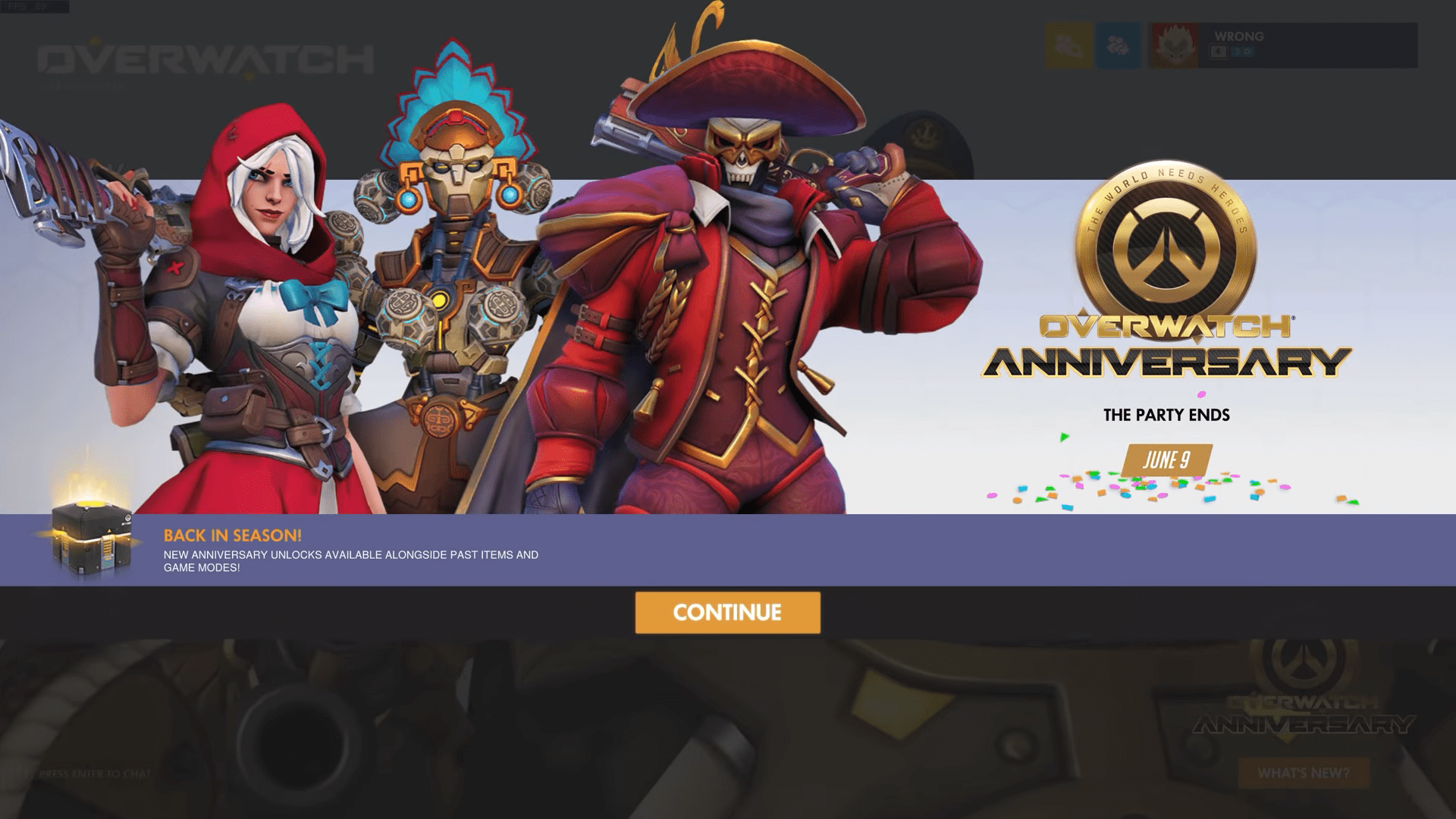 The Overwatch 2020 Anniversary Patch is officially live as of yesterday. The patch includes the event proper with all the new skins, new arcade game modes to enjoy, and various balance changes. Additionally, the changes to the communication wheel were also pushed out with this update, so make sure to play around with those.

For starters, the balance changes included in the latest experimental card have actually made their way into the game. Most changes are as stated in the card, with a surprise nerf to Doomfist. The aerial seismic slam has been changed to where the slight acceleration time was removed.

This makes playing around that ability much easier for those on the enemy team, as that increase in momentum previously made him difficult to hit.

As for the actual event, all of the leaked or previously revealed skins have finally arrived, alongside a few surprises. The known legendary skins were also joined by Submarine Wrecking Ball, a skin for Hammond that turns the violent rodent into an adorable sailor.

In addition to skins, certain characters have also received other cosmetic rewards. Echo and Sigma have new dance emotes, alongside Roadhog surprisingly enough.

He already had a dance emote from a previous event, so it was an unexpected choice to give him another. Although this was not completely unheard of, because Lucio has two “dance” emotes as well.

All of the new options added in have fully voiced lines to go along with them, so it feels like a very natural progression of the communication feature. The wheel of course still is inferior to actually communicating in game-chat with your team, but it does add an array of options for those who are too shy to do so.

With the event in full swing, players everywhere will be jumping on the game to get their hands on the sweet skins and other items until they are gone on June 9th. The best thing to do is hit the arcade and make good use of the three loot boxes you earn for winning games each week. Hopefully, everyone enjoys the event in the meantime, and it tides over players until the Summer Games rolls around.