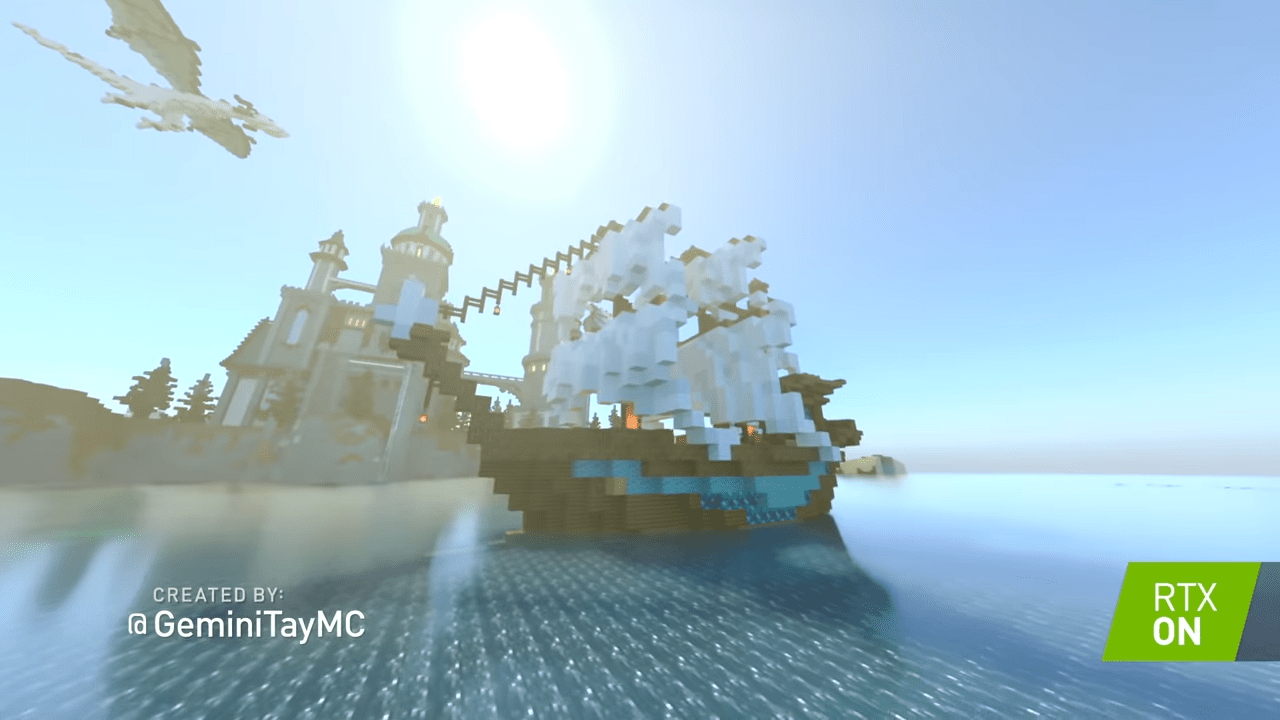 We’ve talked at length in the past about how Nvidia has been working in tandem with Mojang to bring ray tracing and DLSS to Minecraft in the coming months, but it’s looking like it’s all set to set off pretty soon. Granted, it isn’t coming for everyone; it’s only coming to players that have opted for the Windows 10 exclusive Minecraft: Bedrock Edition which is (of course) a separate purchase from users that have already purchased Minecraft before Microsoft bought out the beloved studio.

It seems like a standard industry case of the proverbial double-dipping, although it’s difficult to blame Microsoft entirely: Minecraft has sold a total of 176 million copies, and is arguably one of the greatest and most iconic games of the modern era, despite its graphics and age.

The beta will launch on April 16, and is bringing a slew of graphical fidelity improvements to our favorite voxelized survival and building platform that have already been shown to be nothing less than impressive to behold. The beta will launch with six worlds available to download on the Minecraft Marketplace all built by various personalities and names that are apparently embedded in the Minecraft scene.

Bedrock noticeably performs a bit stronger than the classic Minecraft, truth be told, if for nothing else the platform it is built on being inherently stronger, yet less pliable. While mods and textured changes from the community are more difficult to find for Bedrock, redstone contraptions are wildly finicky in the Bedrock edition as well.

It’s important to differentiate between the two, as Mojang and Nvidia are clearly working in tandem to make the Bedrock edition more favorable for players to pick up.

With the fantastic work that Nvidia has put into bringing some lighting magic to the pixelized world only for Bedrock, the theory is solid enough to hold water. Yet if you want to experiment with Nvidia’s tech that they’ve been working on, you’ll have to opt for the Bedrock Edition. Just a shame that Minecraft has paid mods now, from a community that was built on sharing and blending ideas.