Nvidia’s Ray Tracing Is Now ‘Coming Soon’ For Minecraft, But Not For Everyone 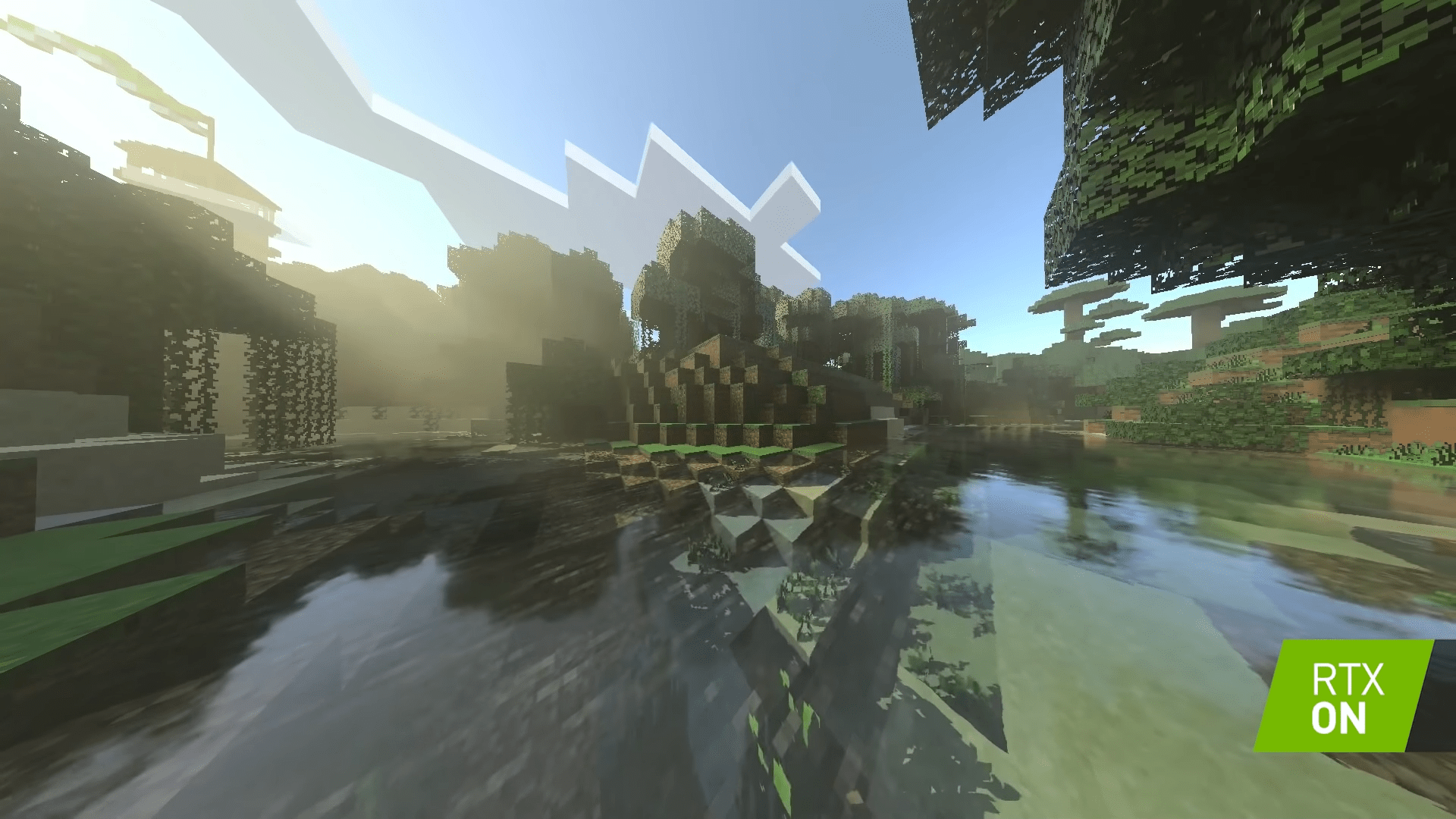 I admit it, I’m a screen archer.  Even in multiplayer games such as ARK: Survival Evolved I’m constantly asking my friends to pose in locations, or move lights a certain way, just so I can take a few more screenshots of everything for my Steam profile, where it lingers in obscurity for the rest of my life. The amount of time spent in Rockstar’s Red Dead Redemption 2 tinkering with the photo mode alone might be embarrassing.  Yet if we’re to spend hundreds of hours in a world, we might as well get a few good photos of the journey, right?

So the excitement that has been surrounding Nvidia’s upcoming Ray Tracing project, where they’ve been working hand-in-hand with Mojang on bringing the technology to the quintessential survival title Minecraft, is well understood. Nvidia has recently released a blog post where they show some screenshots of Minecraft working with Ray Tracing, and it’s frankly astonishing.

Now, as a massive graphics card company is wont to do, they went a little overboard in explaining how it all works; suffice to say that it imitates what light does, as it reflects, is split, refracts, and whatever else beams of light do. They interact with blocks in Minecraft as they are supposed to, and the end result is something wildly immersive.

Now this is all actually old news; these videos have been around for a few months of Nvidia rubbing our noses in their digital superiority, but a recent blog announcement states that it’s coming soon.

The bad news is that it’s only coming to the Bedrock edition, so kiss goodbye to your slew of mods that dial the depth and mechanics up to eleven; they’ll be left if you want to experience ray tracing in your worlds.  Those mods won’t be making the jump anytime soon either; the Bedrock version is pretty locked down when it comes to mod friendliness.

Nvidia worked with some brains in the Minecraft community and put together a bit of a lengthy guide to transferring your Minecraft Java worlds over to Minecraft Bedrock that you can access here. Be prepared, however, for the technological hoops you’ll need to jump through; it’s currently a lengthy and convoluted process involving many third-party tools.

It’s also worth noting that Nvidia’s Ray Tracing isn’t the only method to get those delicious graphics; SEUS PTGI is a similar contender, although it’s currently in Alpha. It’s also not nearly as performance friendly as Nvidia’s tech that they have been working on; a GTX 2070 can hold around thirty frames per second with it, which is a bit too low for my personal preference.  Whether or not it’s worth sacrificing for depends on your preference, in the end.

Jul 13, 2021 Harry Alston 19110
While the news that the Caves and Cliffs update was going to be split into two upset a lot of eager fans, you can now get your hands on an...