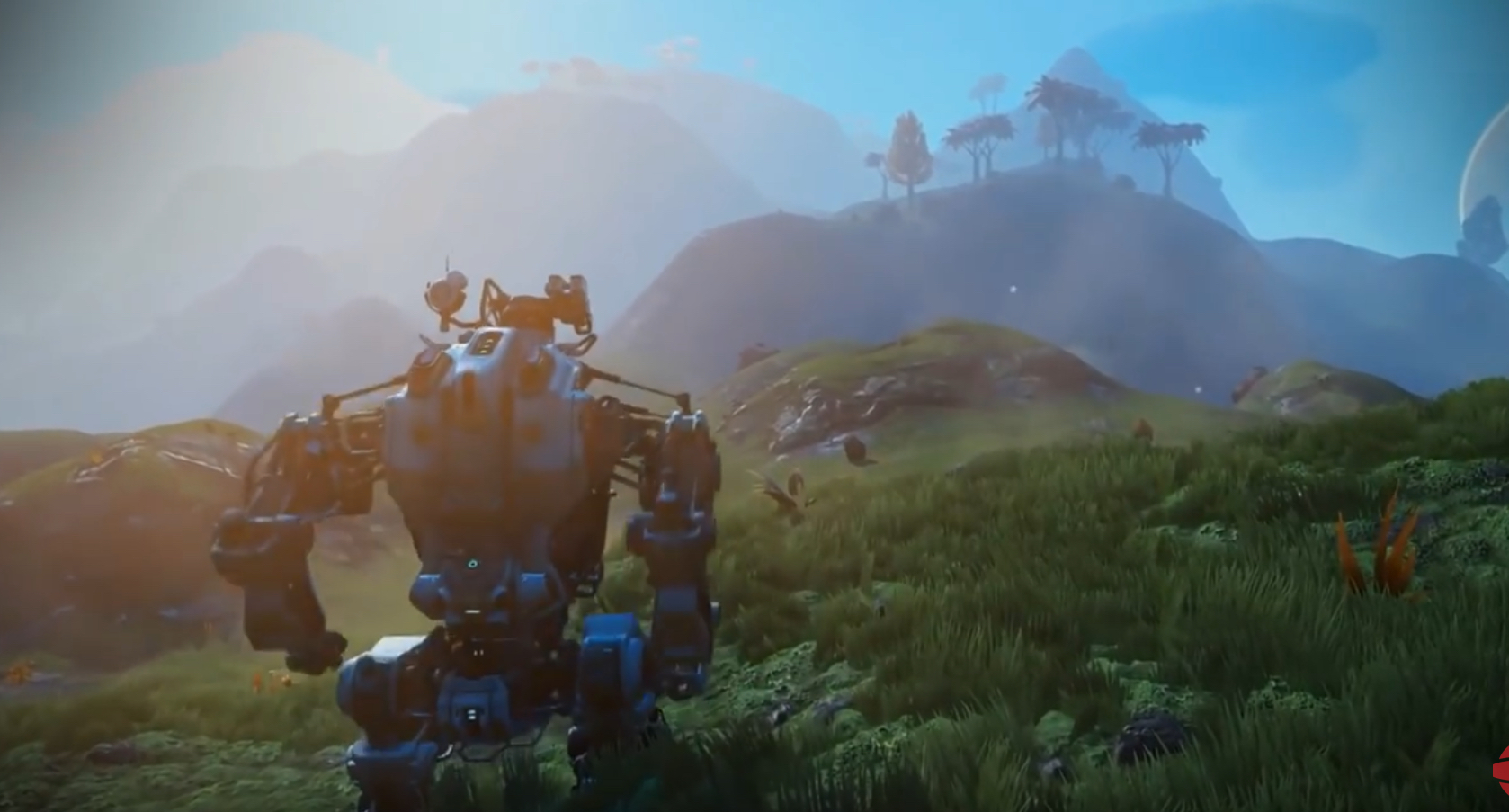 No Man’s Sky is an interesting exploration game developed by the people at Hello Games. Even though it received mixed reviews at launch, the developer has consistently put out updates that have improved gameplay in varying ways. One of the most recent was adding VR support for PSVR owners. It definitely enhanced the immersion department. Hello Games also introduced living ships, which based on fan reactions, have gone over very well.

Now, this exploration game just received another big update and this time, it has introduced a new exo-suit. That’s right. Now you can pilot a beastly-looking suit around for some exploration and even combat. Even better, this new update is completely free. So if you haven’t played this title in a while, now may be the perfect time to jump back in.

The update brings along the Minotaur, which is one of the more unique exo-crafts that has been introduced in No Man’s Sky. One of its main highlights based on developer notes is its protective shield. It can create a protective buffer for the player, giving them the ability to move through hostile environments without taking any damage.

That just gives your player more areas to explore that previously couldn’t be inhabited because of environment damage like radioactivity. Now thanks to the Minotaur, nothing will stop you from exploring the many areas in No Man’s Sky.

Also equipped on the Minotaur is a powerful jetpack. It enables the exo-suit to travel up in the air at great heights. It definitely seems like a helpful resource when trying to cover a lot of ground in a short period of time. Lastly, this new exo-suit comes with a laser cannon. It can be used in combat and also help you destroy things when collecting resources.

To highlight this new update that’s now live, a trailer was just put out. It shows the Minotaur moving around areas and soaring quickly over grass fields. What stands out the most is the first-person perspective. It instantly immerses you in the exo-suit and that should make playing in VR all the more satisfying and fun.

It’s great to see No Man’s Sky continuing to receive support from Hello Games. They want to keep giving players incredible experiences, even still in 2020. Who knows what other updates they have up their sleeves? They realize their launch wasn’t the smoothest and have since done right by their fans. Hopefully the content train keeps on rolling.

Feb 17, 2021 Harry Alston 6550
To celebrate the game's fifth anniversary - yes, you read that right - No Man's Sky's newest update introduces pets to the game. You can tame them,...

Oct 28, 2020 Harry Alston 8340
No Man's Sky may have had a rocky start, but over the past few years, the team at Hello Games has proved time and time again that they are committed...

Sep 23, 2020 Chris Miller 9650
It's difficult to pinpoint precisely where No Man's Sky exists at the moment within the psyche of gamers, and it's a phenomenon that we've discussed...