Noisestorm has announced its upcoming release date for Crab Champions. The game was developed and will be published by a single developer who is also known for his work as a DJ.

Along with the announcement was a gameplay video showcasing some of the action plus various levels players will battle.

Crab Champions is an action-packed game featuring crabs with weapons in various environments. There are three modes to the game so far.

Survival mode is a co-op PvE option for 1-4 players. On each island level, players fight various enemies that become more difficult as players progress. Around the islands are various treasure chests to loot. Players will use these items to power up their weapons and become stronger. Similar to the mode’s name, players have to survive for as long as possible without being overrun by enemies.

In the Racing mode for 1-4 players, there are no weapons. Players have to race through the maps as fast as possible to beat personal records. There are various movements to use, such as flipping and sliding through slopes.

Duel mode is a 1-6 player PvP option across small island maps. There are either 1v1, 2v2, or 3v3 duels where players can use various weapons to win. The first player or team to win five rounds will be victorious. Custom match creation is also available.

The developer has announced that Crab Champions will be sold as-is with no loot boxes, microtransactions, or other additional purchases outside of the game. Players can unlock all of the game’s content simply by playing the game.

Crab Champions has the option of solo or multiplayer through Steam.

Noisestorm also created an original soundtrack for the game, which is heard in the new trailer.

For now, the only announced platform for Crab Champions is PC via Steam.

There’s no information yet regarding what content will be available in the Early Access edition, or how long it will stay in this testing mode. This information may be added closer to the game’s release date this Fall.

Noisestorm previously created the song and music video “Crab Rave,” which has been used in various video mash-ups.

Crab Champions launches on Steam Early Access on August 20. Players can add the game to their wishlist now. 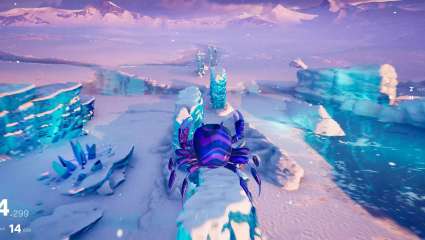 Apr 7, 2020 Lisa Nguyen 17500
Noisestorm has announced its upcoming release date for Crab Champions. The game was developed and will be published by a single developer who is also...