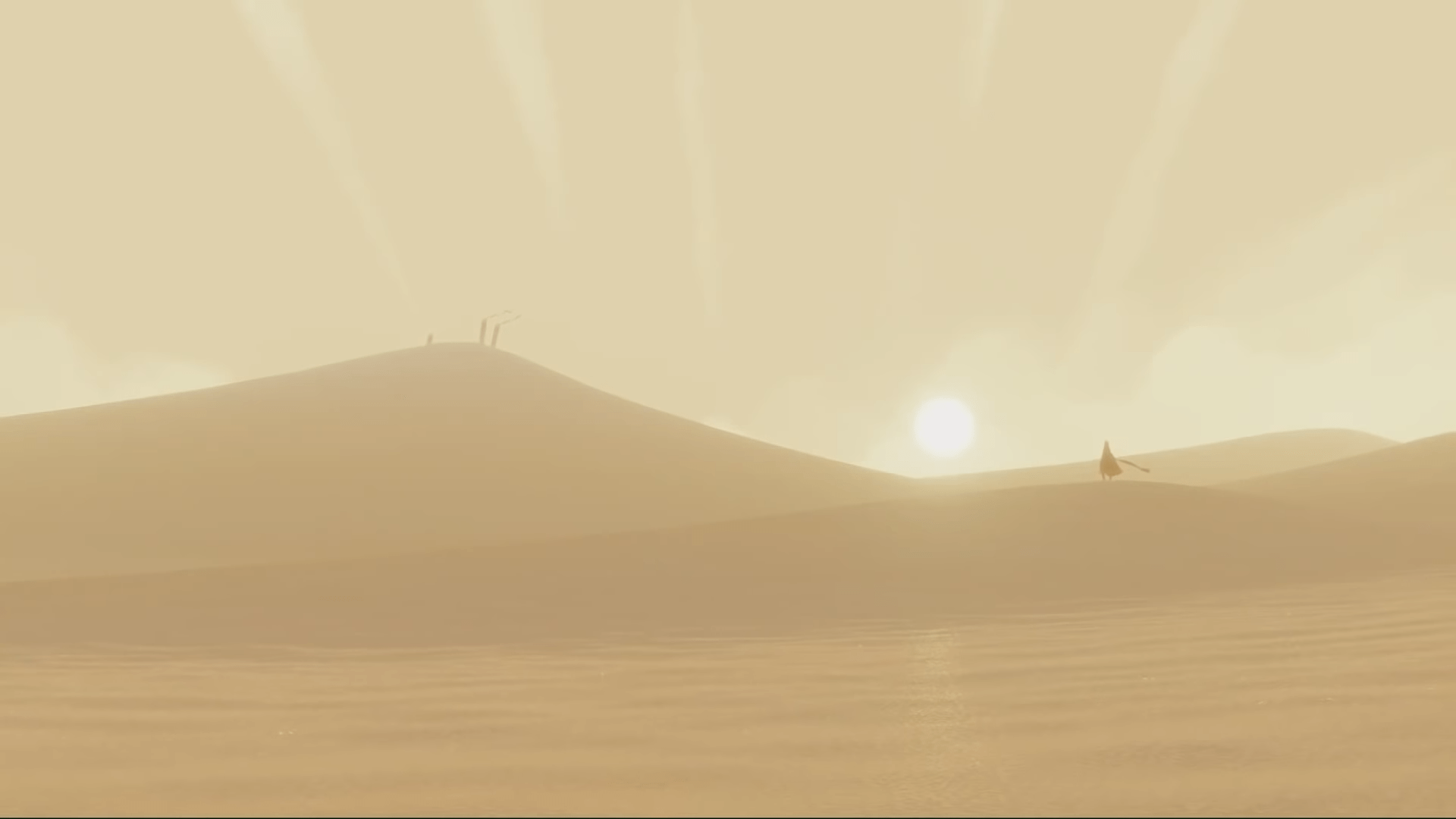 The PS3 exclusive was released by publisher Annapurna Interactive and developer Thatgamecompany to little fanfare in 2012. Journey was later updated for PS4 in 2015. At its original launch, no one was quite sure what the game was, or how you were meant to play it.

A mysterious robed figure, a backdrop of endless desert, and a flying magical scarf form the core of the game. And Journey was exactly that: an experience. Considered an artistic indie game, the main purpose was to reach a distant mountain, collecting shreds of cloth and magic runes along the way.

By far the most original aspect of the game was the fact you could encounter other players while on your journey. However, there was no interaction whatsoever. No means of communication and no means of identification. You might get a brief glimpse of someone in the distance before they faded like a mirage into the haze of the desert. And that was that.

It took some time for people to figure out why the game was so amazing. But when the stories from the game started to emerge – of children being lead along their journey by anonymous benefactors, and two players side-by-side for the entire experience without ever sharing a word – the magic of the game became obvious.

As a result, Journey was awarded multiple Game of the Year Awards and currently sits with a strong rating of 92/1000 on MetaCritic. Fans and critics alike praise the game’s alluring soundtrack which pulls you through the game (the full OST has over 6 million views on YouTube). Others claim they’ve never played a game which can make you feel happy and sad without even using words.

All in all, it’s an exciting time to be a fan of Journey. At long last, the game comes to PC. Annapurna Interactive is yet to announce hardware requirements and whether or not the game has been enhanced for PC, but they have stated the game will support 4K resolution (Journey in 4K? Yes!) and online play will be a feature in the game.

Journey is available for pre-order, but thanks to the Epic Games Store Mega Sale, running until mid-June, you can pick up the game for $5. See you in the desert.

Pokemon HOME Is A Cloud Service To Connect Your Pokemon, And You Play Pokemon SLEEP By...Sleeping

Sep 3, 2020 Harry Alston 22441
Spellbreak has been through multiple closed beta and demo periods and is finally ready to release today (September 3rd) on consoles (including the...