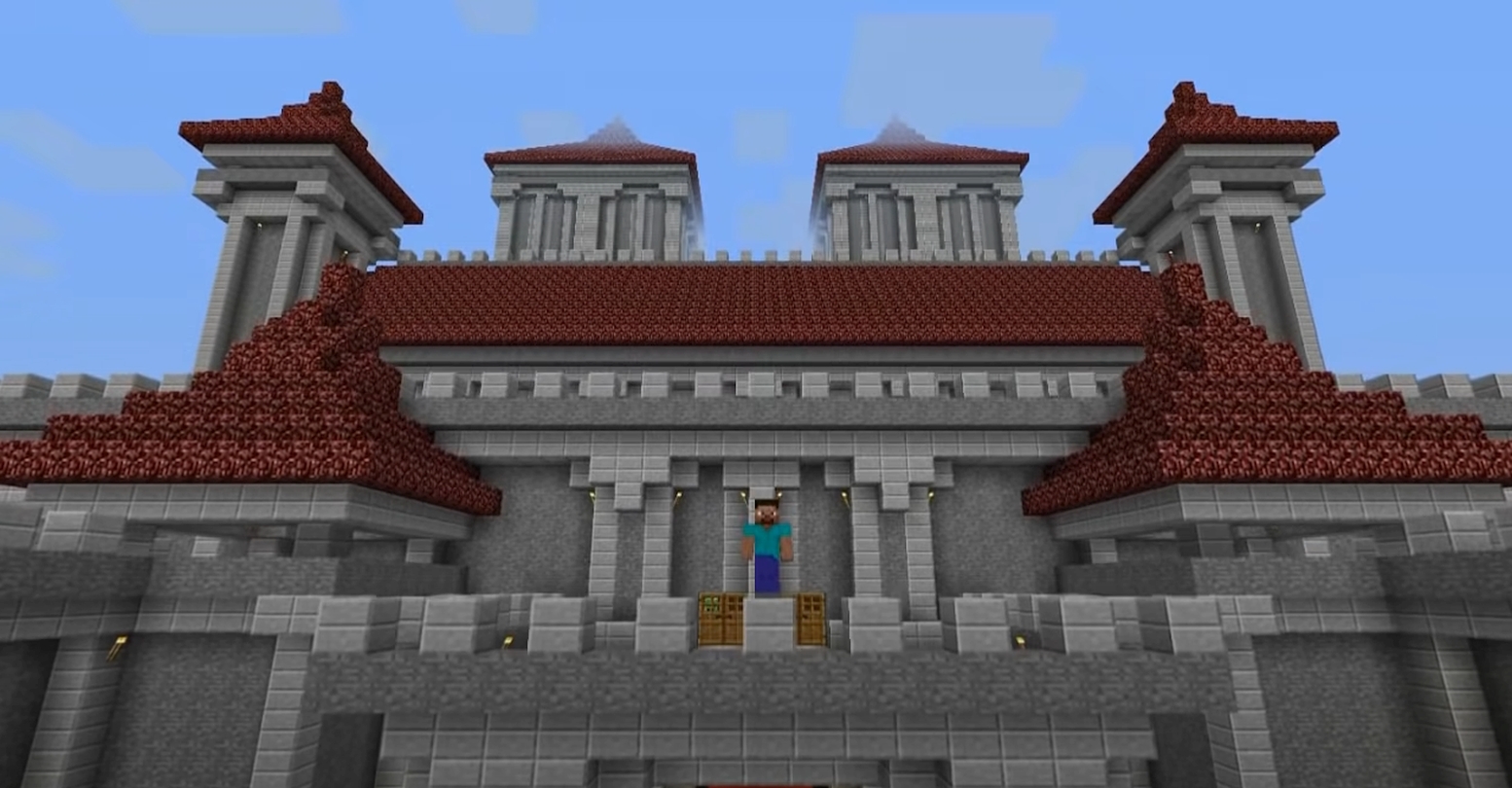 At the end of the 2019-2020 school year, many schools decided to hold online events since many were socially distancing and staying at home. Unfortunately, the 2020-2021 school year is experiencing the same situations in many regions across the world.

At Reitaku University in Japan, the second-year junior high students initially planned to go on a school trip to visit various historical sites. Unfortunately, due to the COVID-19 situation, these plans had to be canceled. Instead, ICT was used to create a virtual school trip revolving around cultural studies using the power of Minecraft.

RELATED: Minecraft Live: Players Can Choose The Next Mob To Be Added To Minecraft!

The event took place in Minecraft to prevent the spread of COVID-19. This also allowed students to work together to recreate historical sites that the school planned to visit using resources from Minecraft. A few screenshots were shown of the student’s work in a press release, but the school primarily kept the video content secret for now.

The school was initially planning to visit Ise, Nara, and Kyoto as part of a trip to study Japanese culture. In July, the trip was canceled. The school tried to devise other in-person plans instead but ultimately decided to use Minecraft. The game has many fun yet educational benefits for students.

Within Minecraft, students built and recreated the same historical monuments they were initially scheduled to visit in-person. The overall purpose of the reworked virtual trip was to make new memories with friends by collaborating in a virtual world. They would also study the details of historical buildings, either as a builder or a visitor, and think about the meaning behind the structures.

The third educational point was to use Minecraft to teach and learn with each other. Everyone who planned to go on the class trip instead learned how to play Minecraft for educational purposes.

Since more students knew how to play Minecraft than teachers, the students took the lead. Teams of students were formed to build historic buildings in the game. This effort helped students learn more about leadership and take an active role in an important project.

The director of the second year Junior High school praised the endless possibilities of students. He hopes that students will continue to dive into the virtual world as an educational experience and for more than just enjoying games.

Dec 14, 2020 Lisa Nguyen 4700
Japan’s Sagamiko Resort has announced plans to hold the Pokémon Illumination outdoor event. Unlike other indoor events that have decided to stay...

Nov 13, 2020 Lisa Nguyen 5800
Capcom has announced the news to open a new branch of its store in Osaka, Japan. The store is a central hub for all of the franchises released by the...