The internet went a little bit wild today as Henry Cavill, known for his roles in Superman and The Witcher, has just built his first PC. The Hollywood star has been known to enjoy the PC gaming world, citing titles such as Total War: Warhammer and World of Warcraft, with the latter resulting in missing the phone call announcing that he picked up the role for Superman as he was in a dungeon.

The build is a solid choice all throughout, although a bit pricey with the GPU of what appears to be an ASUS GeForce RTX 2080 Ti and ROG Swift monitor adds $2,000 to the final price tag. Worth noting that he didn’t opt into SLI or outlandish CPUs, meaning if you’ve been looking for a build, the Henry Cavill build isn’t a bad entrance into PC building itself if you’re willing to tweak a bit.

The Instagram video shows Henry Cavill spending a couple of hours piecing the entirety of the build together as the background shifts steadily from afternoon to dusk, and dusk to night as the star hems and haws at the various pieces and components that need to be plugged-in cautiously, all set to the soothing sounds of Barry White crooning in the background.

Between the build, the music, and the man himself, it’s difficult to not be mesmerized by the post that has gone viral, resulting in AMD welcoming him to Team Red and Nvidia offering to exchange steam IDs for some gaming in the near future.

On top of thousands of fans desperate for some good representation of the PC gaming hobbyists that have somehow gotten a bad rap as the enthusiast gamers to the point of scorning anyone who doesn’t game on a PC; this is akin to Leanardo Dicaprio openly vaping at Hollywood award ceremonies: it’s just decent representation.

This kind of material isn't for everyone….viewer discretion is advised. You may see a lot of parts that you haven't seen before. #PC #AllTheParts #AllNightLong

While Henry himself didn’t opt to list all of his pieces inside of the standard PC Part Picker website, the subreddit r/buildapc has done an admirable job of figuring out precisely what is placed on the table before the man himself begins the process. You can find the PCPartPicker list yourself here: https://pcpartpicker.com/list/yqnwBZ

His build is believed to be as follows:

You can easily shift a few parts and come up with a bit more friendly price tag, but if everything on this list is accurate, we’re looking at almost a $4,000 PC that he pieced together.

Removing the M.2’s used for storage (the height of PC storage right now which is blisteringly faster by a factor of about 10 compared to standard SSDs (what the PS5 is rumored to be using)) and shifting to a standard SSD for OS and HDD for games could save users $150, opting into a less bleeding-edge monitor with 60Hz and 1080p would save about $500, and a GTX1080 Ti still has more than enough power for the modern generation of titles that should run well into the future.

You could bring everything down to around $1,500 and still experience a massive upgrade compared to consoles and a vast quantity of PCs out in the wild today (according to 3DMark leaderboards), and you wouldn’t even need to be a movie star to make it happen. Even better, you might run into the Man of Steel yourself out in the WoW battlegrounds.

Jul 19, 2020 Aaron Hans 1870
With production for season two of Netflix's The Witcher scheduled to resume on August 17, Henry Cavill is preparing himself for the show's upcoming... 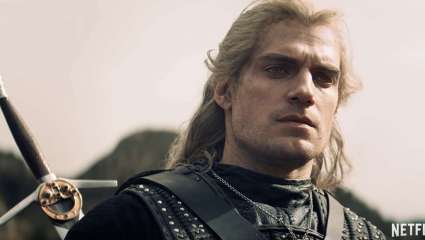 Jul 16, 2020 Chris Miller 3740
The internet went a little bit wild today as Henry Cavill, known for his roles in Superman and The Witcher, has just built his first PC. The...

Jan 25, 2020 Aaron Hans 4690
While season two of The Witcher is in pre-production, Netflix has announced that they are also producing an anime film for their new series called...