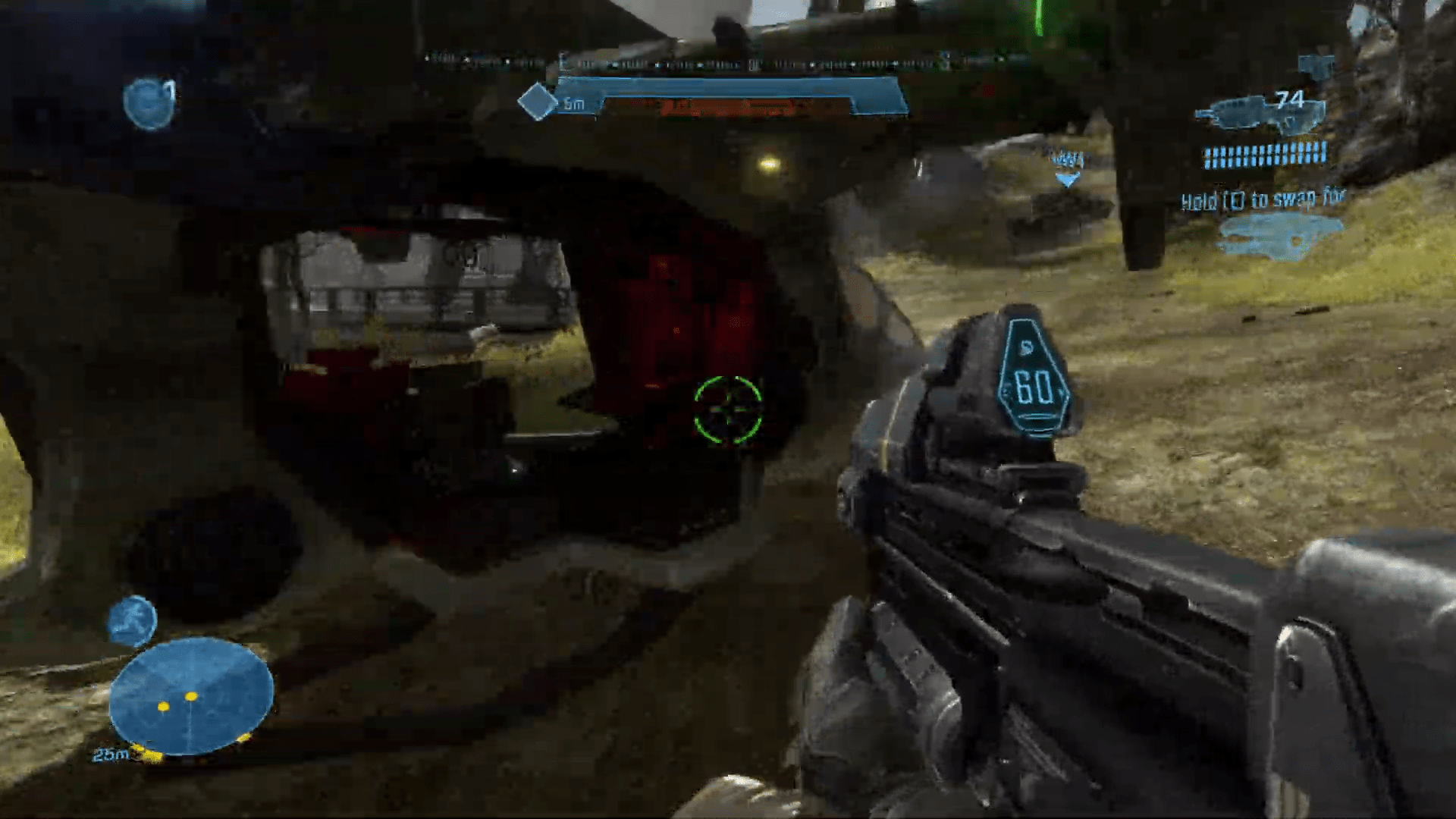 Halo: The Master Chief Collection has been released on Steam for a week as of today; the exploits of Noble Team have been relived again and again in the first title of the series, Halo: Reach.  PvP has been explored, secrets found, and the vast majority of gamers have renewed their interest in bring Warthogs where the developers didn’t want us to.

All in all, it’s been a blast.

Following 343 Industries surprisingly successful launch of a much-hyped title that topped Steam’s ‘Top-Selling’ list for almost a week straight (during their Autumn sale, no less), fans have already been asking when our next dose of Halo is; the first dose of the enigmatic hero that dominates the series moving forward, with Master Chief himself.

As the flighting of Halo: Combat Evolved isn’t set until after the holidays, which means time for all of us to sit on our hands, some enterprising modders of the community have set forth surprisingly ambitious plans to bring Halo: Reach into a more modern FPS era.

Perhaps after I get the first release out, I can consider an enhanced version with new modes/textures/etc! https://t.co/GpXhSAKlcO

A mod called Reach Combat Evolved has lofty ambitions, stating that, for many of us, Halo: Reach was part of our childhood, and we’ve arguably explored almost everything the game has to offer.  Granted, it’s an absolute joy to explore once again, once again grinding out the Legendary playthroughs, the LASO campaign, and playlists to grind out credits to earn some sweet armor effects.

Thus, modder Kreah Leiser aims to freshen the experience in more ways than one.  Worth noting that this is currently in progress; development never occurs overnight, as much as we wish it did.

The United Nations Space Command is a keystone in the Halo Universe; from Noble Team to Master Chief himself, and all of the cannon-fodder in between, UNSC is the driving force against the Covenant (and any other alien species that may or may not show their faces soon).  Reach Combat Evolved’s first objective is to rework the entirety of the UNSC forces.

This goes for both the behavior and the textures.  The behavior overhaul focuses on the weaponry, vehicles, and NPC optimization; vehicles will handle differently, weapons will shoot fewer pebbles and more stones, and your NPC compatriots will be less likely to run to the other side of the room and stare at a wall for two minutes while you’re suck-starting a Covenant rifle.

Lest you celebrate too early, the Covenant are receiving much of the same love.

The campaign missions themselves will also receive an overhaul, although the developer is currently not offering much additional information in regards to what a campaign mission overhaul includes, or even smells like.

While it’s unfortunately not already out, Reach Combat Evolved is something very much worth keeping your fingers on the pulse of.