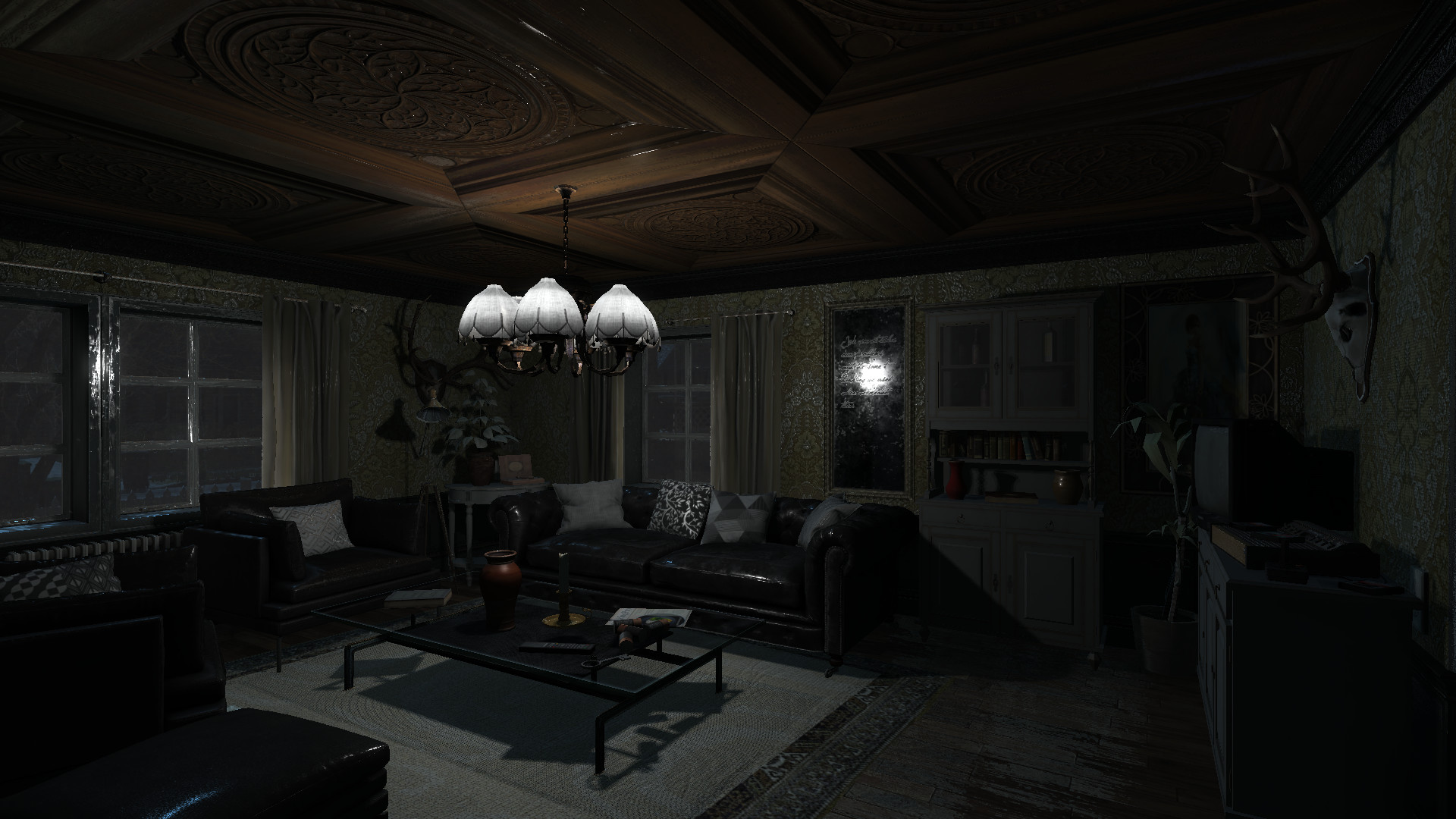 “The one permanent emotion of the inferior man is fear – fear of the unknown, the complex, the inexplicable.”

H.L. Mencken spoke these words, but they come to frightful life in the upcoming indie horror TheNightfall.

The most pressing kind of fear is the one you can’t see, the one you don’t know is coming and can appear anywhere at any time. TheNightfall uses this to full effect with heavy atmospheric tone, letting the scenery play out for itself. That’s not to say it forgoes the tired cliche of jumpscares, but thankfully, those moments are few and far between, and the traversing that pads those moments makes up for the presence of that trope.

TheNightfall starts off relatively simple. Victoria, the playable character, moves to a new house, in a new city, to start a new job. Things seem to be going just splendidly for her. Until she gets the message her husband and two children are arriving a day later. Leaving her alone in the new house. Anyone who’s played a horror game before can get a vague idea of where this is going.

Unable to sleep in her new and unfamiliar settings, insomnia and boredom give way to anxiety and apprehension as the house seems to gradually take on a dark life of its own. Shadows move jauntily along the wall, with nothing casting them. Things move around that Victoria knows she didn’t touch.

Mysterious, ominous notes she didn’t write appear all over the house. And as the hours pass and the countdown to sunrise splays across the screen at regular intervals, punctuated by the clanging tone of a grandfather clock, it seems less like a reprieve and more like a subtle threat. The house locks itself shut as well, leaving Victoria with demons of a different sort…

While the trailer does a good job of drawing in potential players, the actual game proper might leave horror junkies a bit wanting. The notes that progress the story can be found rather haphazardly, sometimes appearing in places that have nothing to do with the task at hand Visually, there’s a noticeable dip in quality from the trailer’s smooth polish, and the voice-acting for the characters sounds, in its best moments, stilted, and at its worst, like a pitched text-to-speech program, on top of a rather short playtime, the average being only a few hours.

But the atmospheric direction might provide some chills to newcomers of the horror game genre, just possibly not enough to justify a $40 price tag.

Activision Rumored To Be Creating A Remake Of One Of Their Skating Games, Exact Title Unknown