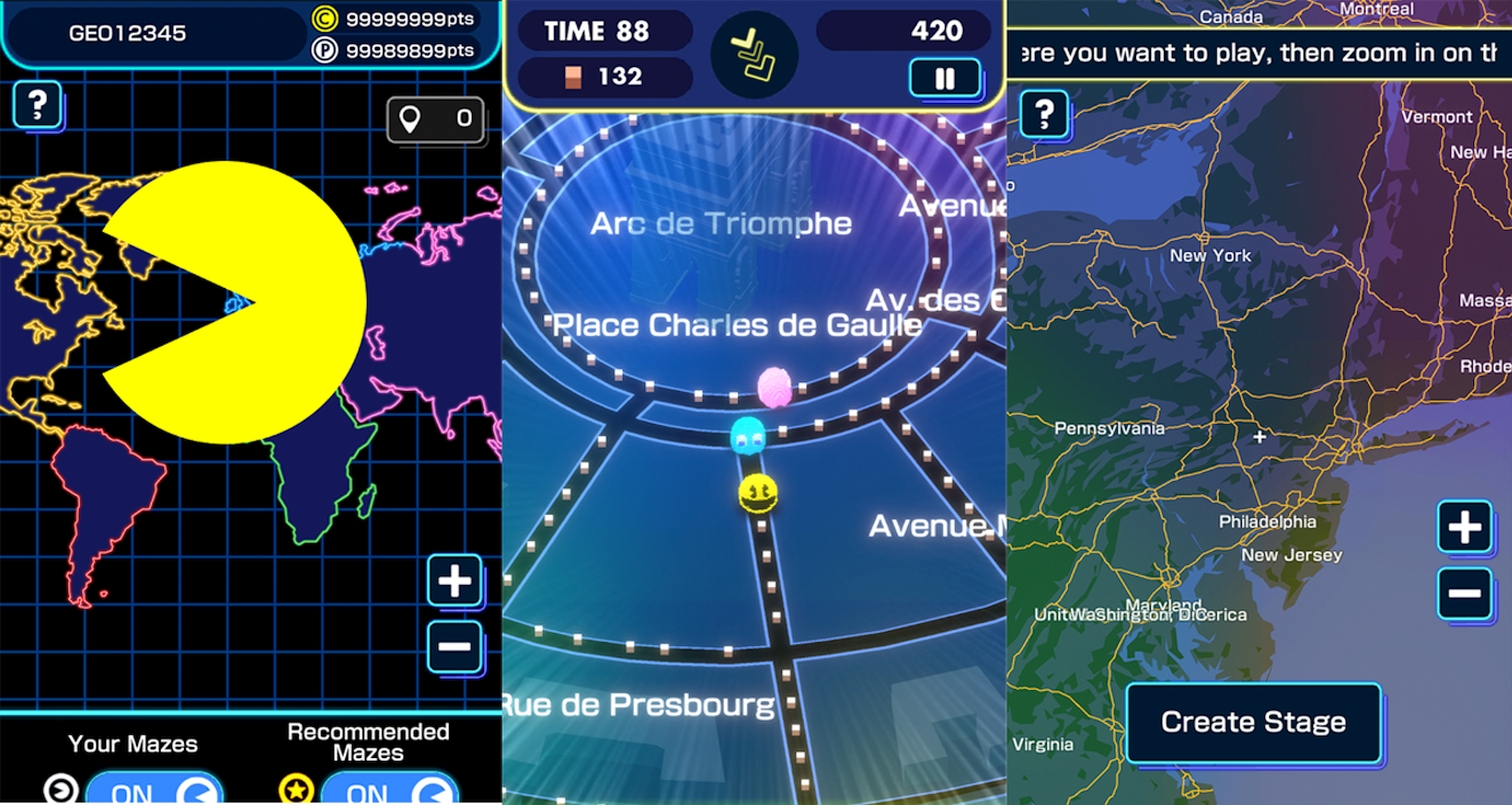 Bandai Namco Entertainment has announced the upcoming launch of Pac-Man Geo. The game utilizes the Google Maps platform and will be an AR game, but different from Pokémon GO and Dragon Quest Walk. Pac-Man Geo will launch on both iOS and Android devices in 170 countries across the world.

Pac-Man is a well-known arcade game from Namco that launched in arcades in May 1980. The series recently celebrated its 40th anniversary with new merchandise, videos, and more. After it’s launch in Japan, the game became popular across the globe. According to Bandai Namco, the game is in the Guinness Book of World Records as “The Most Successful Coin-Operated Game.”

Pac-Man Geo takes place on a world stage. The game will be similar to experiencing Pac-Man in real life. Players build their game stage in real-time. Through the AR platform, players will find Pac-Man, power pellets, and enemy ghosts. It’s unknown if other characters from the franchise will make an appearance.

The game began development in 2018. After the technical verification was finished, Bandai Namco worked on planning the game’s commercialization. Pac-Man Geo has the simple rules known in the franchise, but at an expanded level on a world stage.

While the game is based in AR, it’s not exactly the same as other titles released on mobile. Players aren’t restricted to one geographical location. Instead, they are shown a map and can zoom in on certain locations to “Create Stage.” From there, players will learn a little information about the location. One of them includes Times Square, along with a 3D block image of the area in New York.

The app page also states players can “go for the high score on unique real-world streets.” Players can also collect landmarks from notable locations across the world without leaving home. The game serves as a fun game but also teaches players about the world.

The official press release for the game lists a different time frame from the iOS page. The press release states, “beginning in September” while the iOS page says November 30. While the dates differ, those interested in playing the game can pre-register now on iOS or Android. The release date is expected to be the same for its worldwide launch.

Pac-Man Geo launches this year for iOS and Android.