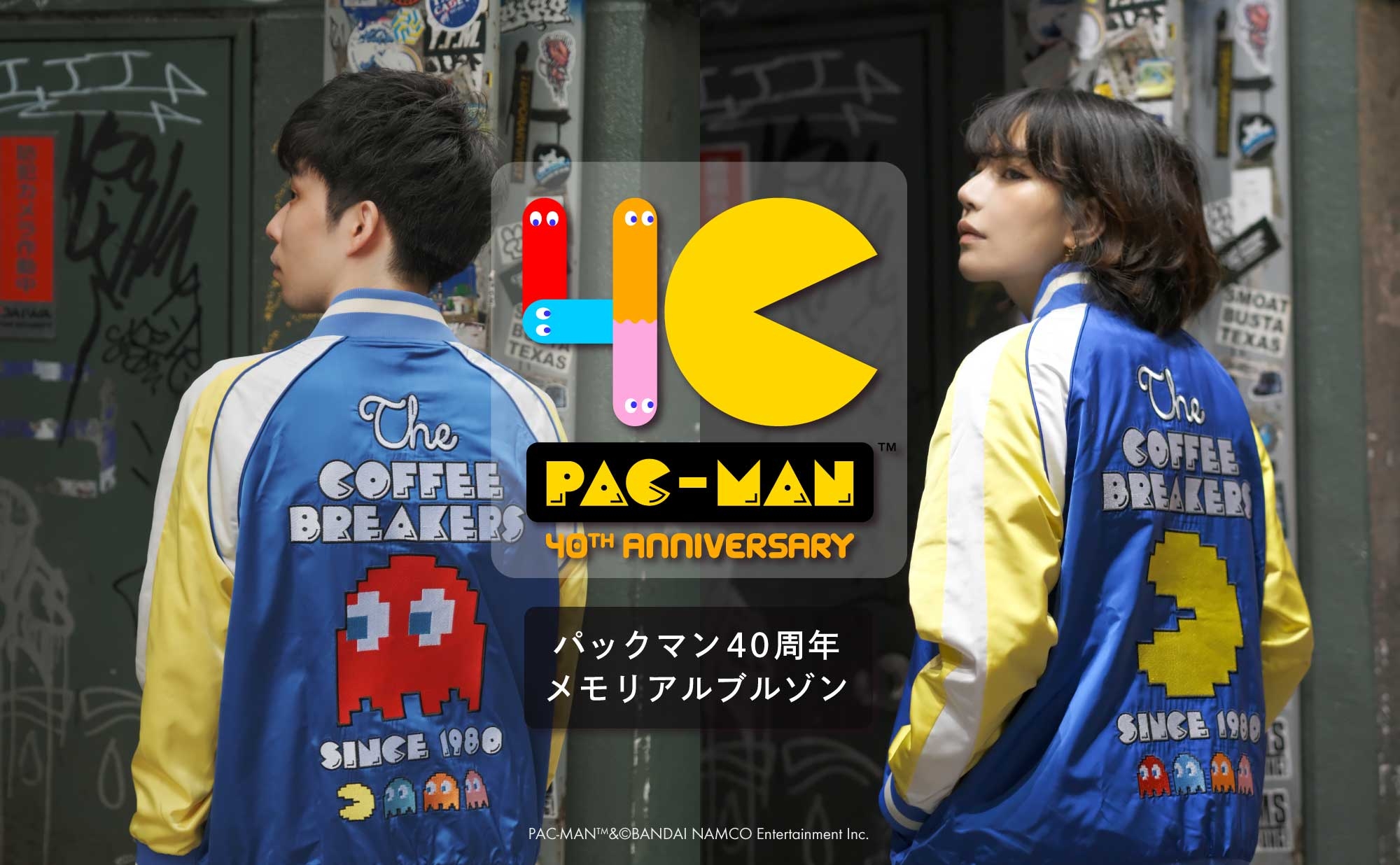 Bandai Namco recently celebrated the 40th anniversary of Pac-Man, which was initially released in July 1980. The company has continued to roll out various anniversary merchandise to celebrate the long-running maze chase game series.

While the item was featured in Japanese media, it’s being sold worldwide through iam8bit Asia and called the “Pac-Man 40th anniversary memorial blouson.” The jacket first appeared in a video celebrating the 40th anniversary and was work by DJ Ken Ishii and dancers. The jacket itself was designed by the director of the video Yuichi Kodama.

There are two designs for the jacket featuring either Pac-Man or Blinky, with their images on the back and names on the front. The “Coffee Breaker” text and other ghosts remain the same. The designer had an “80s theme” in mind while designing the jacket.

The jacket is made from satin fabric and is light enough to wear in seasons throughout the year. Two different models are shown wearing the jackets.

The most recent release was Pac-Man Party Royale, which was released last year. The game is part of the Apple Arcade subscription service. In the game, players can join up to four friends in Battle Mode or play alone and enjoy the new additions. The most recent update added two new power-ups, a new enemy named Itchy, 15 new maxes, and made some bug fixes. Bandai Namco plans on releasing more game modes and mazes over time.

For those who want to take Pac-Man on the go, My Arcade announced Pac-Man Pocket Player and a small Pac-Man Micro Player. The company also released the game in a board-game format so players can enjoy the Pac-Man experience with family and friends. If a fan can’t play Pac-Man, they can listen to the Pac-Man 40th Anniversary Compilation Albums volumes 1-3 in digital format. Another unique product being offered this year is a Pac-Man-themed Tamagotchi handheld toy.