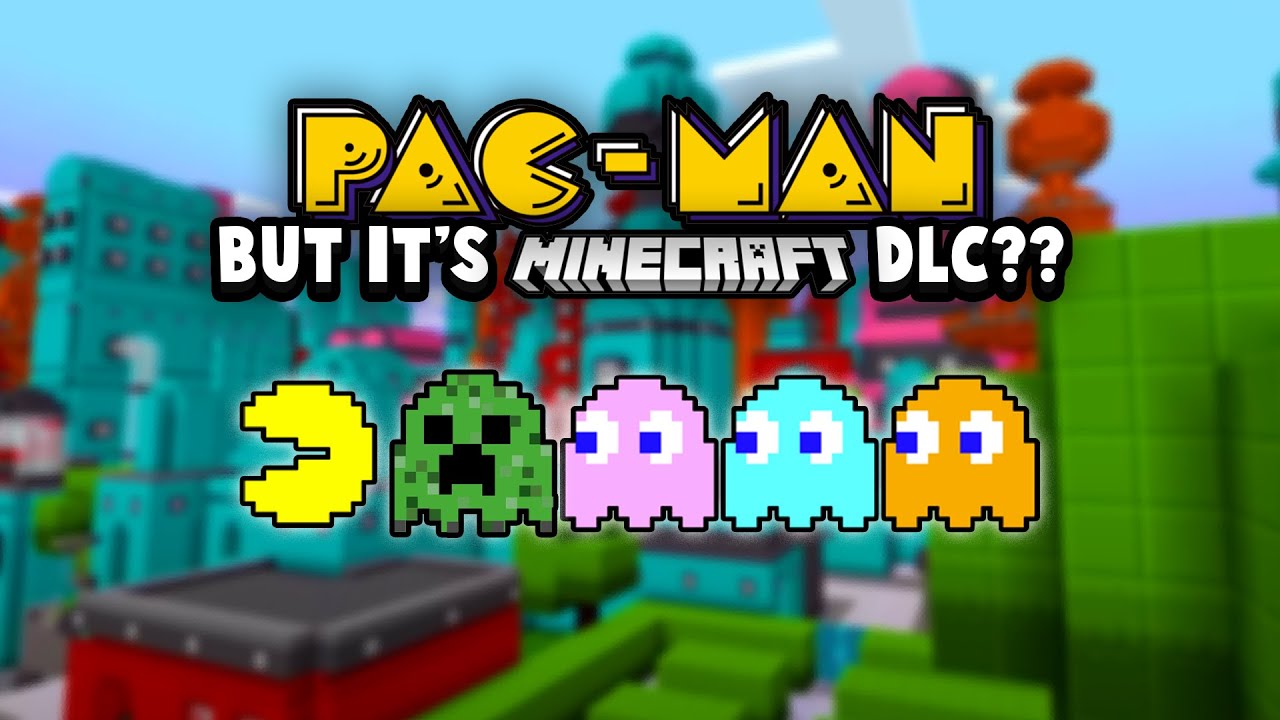 Yesterday was Pac-Man’s 40th Birthday to celebrate this fantastic fact, Mojang Studios has released DLC for Minecraft that features the ability to not only play the ten pre-created mazes but also to create your own mazes.

In addition, to these mazes this DLC features the ability to change your Minecraft skin to some variation of a Pac-Man skin. This DLC was created by GameMode One and can be unlocked by using 1,340 Minecoin, this currency is specific to the Windows 10 version of Minecraft.

This DLC allows the Minecraft Player to Explore new places, change their skin, and discover new ways to play with community creation. The cost of this Minecraft DLC, when converted from Minecoin to USD dollars, is roughly ten dollars.

The Pac-Man DLC offers a plethora of content ranging from pre-set mazes to various skins to even a texture pack to make your Minecraft world look more like a Pac-Man inspired world.

This DLC also features different skins for your Minecraft Players, this includes the standard PacMan with different accessories as well. These accessories include a hat, a scholar hat, and even a cowboy hat. These different skins allow Players to easily differentiate themselves from each other if playing in Multiplayer.

In addition to the Skins and the 10 mazes, This DLC pack features some unlockable new power-ups in these mazes alongside the ghosts which will purse the players. These ghosts are significantly larger than the player, as they take up the width and height of each aisle.

Some of the power-ups include the classic powerup, that allows Pac-Man to eat the ghosts. This DLC pack also features that ability along with the fact that ghosts run away from the Pac-Man character, while the character has this powerup active.

This Minecraft DLC is perfect for the Pac-Man enthusiast that has been dying for a new Pac-Man game, Especially with the ability to create your own mazes makes it so that Players can create the maze that will challenge them the most.

This Pac-Man DLC costs 1,340 Minecoin, which when converted to dollars is ten dollars, and for that small amount of money, players will get a larger amount of content form maps, skins, and 10 different pre-created mazes.

Sep 21, 2022 Tom Lee 620
Over the years, Minecraft has partnered with a lot of firms to provide a wide range of snacks and meals, and soon there will even be ice creams...