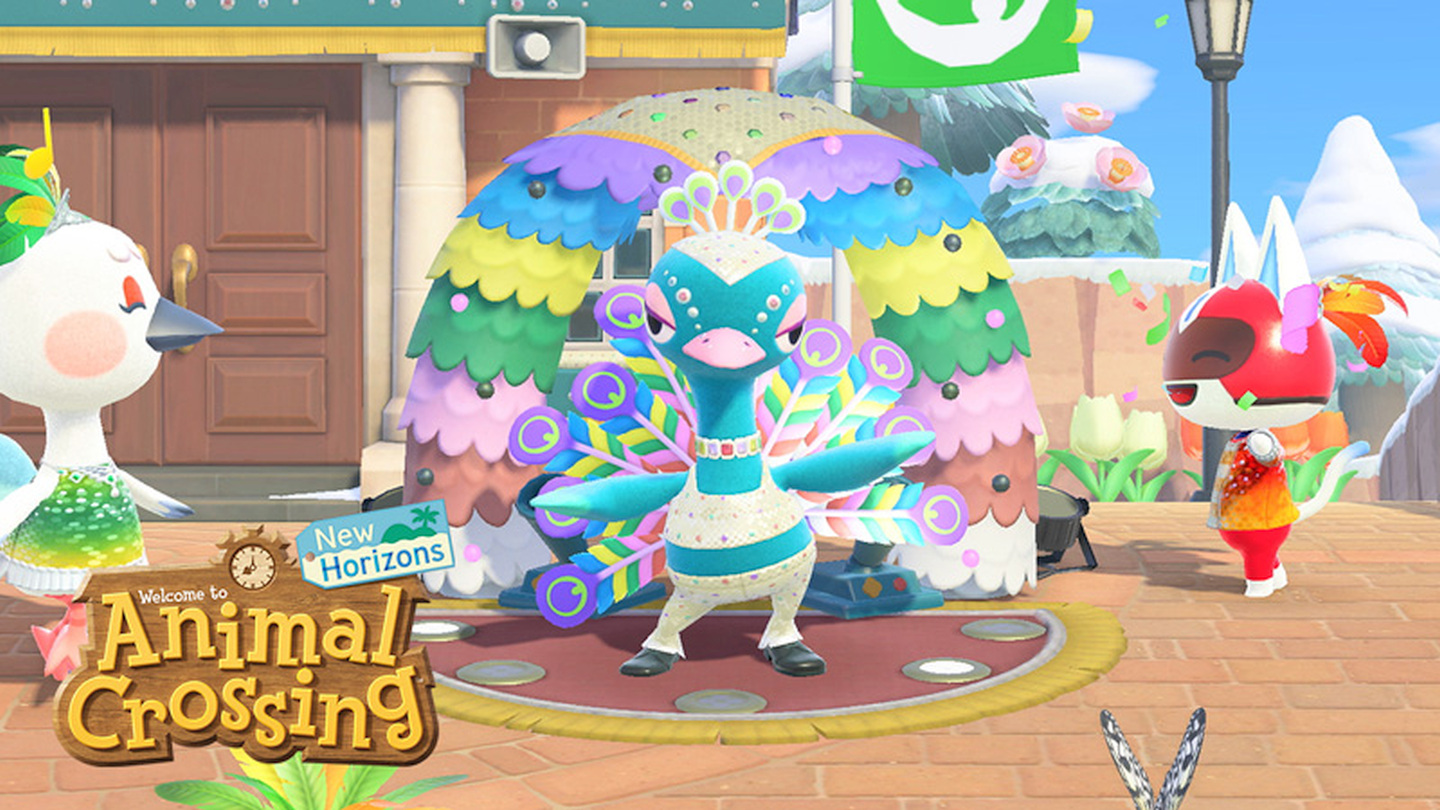 In late 2020, Nintendo announced a few teasers for the Animal Crossing: New Horizons February 2021 update. The update is available now, a few days early before the start of the new month.

February’s update is all about the big Festivale event. The free update brings back the Dancer Pavé for a special event in the middle of the month. Players can also expect new seasonal items, new Reactions, plus new items to purchase in the stores.

RELATED: Source Code Reveals That Luigi Was Meant To Be Playable In Super Mario 64

The Festivale event will take place on February 15 within the plaza. Pavé will request players catch colorful feathers that will fall from the sky on the day of the event, similar to the small snowflakes floating around right now. Villagers will also dress up for the event and dance in the plaza.

After giving the feathers to Pavé, he will perform a special dance, considered a “rare site.” Players can work with friends on their island to help collect features.

Nooks’ Cranny will begin selling new Festivale-themed reactions. The Viva Festival Reaction Set will be sold as a bell purchase on the shelf within the twins’ shop. The items include a three reaction set for “Feelin’ It,” “Let’s Go,” “Viva and Confetti.”

Starting on the first of the month, the Able Sisters will sell new Festivale clothing. Now players can purchase the clothing or have enough time to save up enough bells to purchase all the clothing and their colorful variants.

Other items will also be made for sale related to holidays and special events during this time. This includes Groundhog Day, celebrated on February 2, and Big Game Celebration, themed after the Super Bowl. Players will need to keep an eye out for these special items and stop by Resident Services occasionally.

Nintendo also announced news concerning the Animal Crossing Sanrio Collaboration Pack, which features content related to Hello Kitty and friends. This pack consists of six amiibo cards and will be sold exclusively at Target for around $5.99.

The next update for Animal Crossing: New Horizons is planned for March. The trailer teases that the new update will be themed around the Super Mario Bros. series, which was previously announced earlier last year.