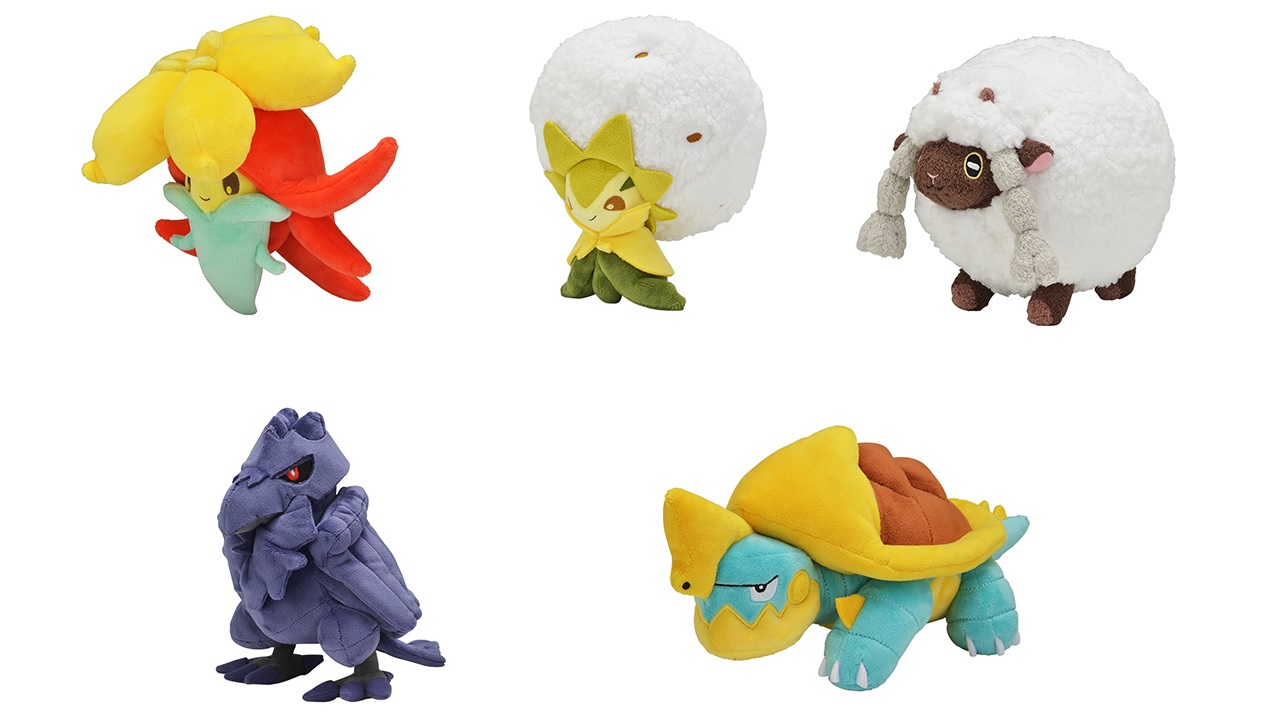 Pokemon Plushies are taking the Pokemon community by storm. Since their release in the Pokemon Center, they have appeared everywhere from Hot Topic to Build-A-Bear workshop. These lovable collectibles are great for children and are the perfect size for a true Pokemon collection.

Five new plushies have become available, showing some of the most prominent recognizable Pokemon from the Galar region. These plushies include Gossifleur, Eldegoss, Wooloo, Corviknight, and Drednaw. The Pokemon is abuzz with these new stuffing filled releases, just in time for the Holiday season.

Any fluff fan will have their eyes focused on Eldegoss and Wooloo. They are covered in soft-looking fur with big round huggable bodies that are perfect for, well, hugs. Whether you are a collector or just a Pokemon fan, these will become a perfect addition to any holiday gift.

This is not the first batch of Pokemon Sword and Shield plush toys to be released. The starter Pokemon were released a few weeks ago, and before them, the flagship legendary Pokemon were available for purchase. You can find them online or in any of The Pokemon Centers located around the world.

Pokemon have been producing plushies for quite awhile. You can actually collect all 151 original Pokemon in plushie form. This is a great chance to create a real-life Pokedex of plush Pokemon that will make any fan jealous. Or you could simply collect your favorites and trade-off the ones you do not want.

If simply collecting Pokemon was not enough, many of them come in seasonal outfits. Christmas Charmander, Winter Squirtle, and Team Rocket Pikachu are all available right now for anyone who wants a special addition to their collection. There is sure to be a Pokemon and an outfit, for almost every trainer out there.

This is the closest most fans have to collect real-life versions of their beloved digital pets. With so many options, every fan has a chance to own a real-life version of their favorite Pokemon. So if your kid is into Pokemon, this could be a great last-minute gift to add to their pile of presents this holiday season.

You can find these plushies at Walmart, Target, Hot Topic, Gamestop, Amazon, and almost every other major company that carries Pokemon merchandise. They average from $10 to $50 depending on the Pokemon with the larger ones, usually being more expensive. For access to these new Galar plushies, you will have to purchase them from Japan’s Amazon when they are officially released on December 14.