New WorldhumankindbattlefieldFrostpunkplayerunknown's battlegroundspubgapex legendsminecraftminecraft: caves and cliffsRustLimboProdeusfallout 4Medieval DynastyWildermythborderlands 3Going MedievalSword of the NecromancerPOKEMONTemtemTrain Station RenovationTainted GrailGod of WarGod of War RagnarokIron Harvest
Home
GAMES
It Is Time For Mario Kart Tour To Head To A New Real World Location, This Time They Are Speeding Into The Middle Of London 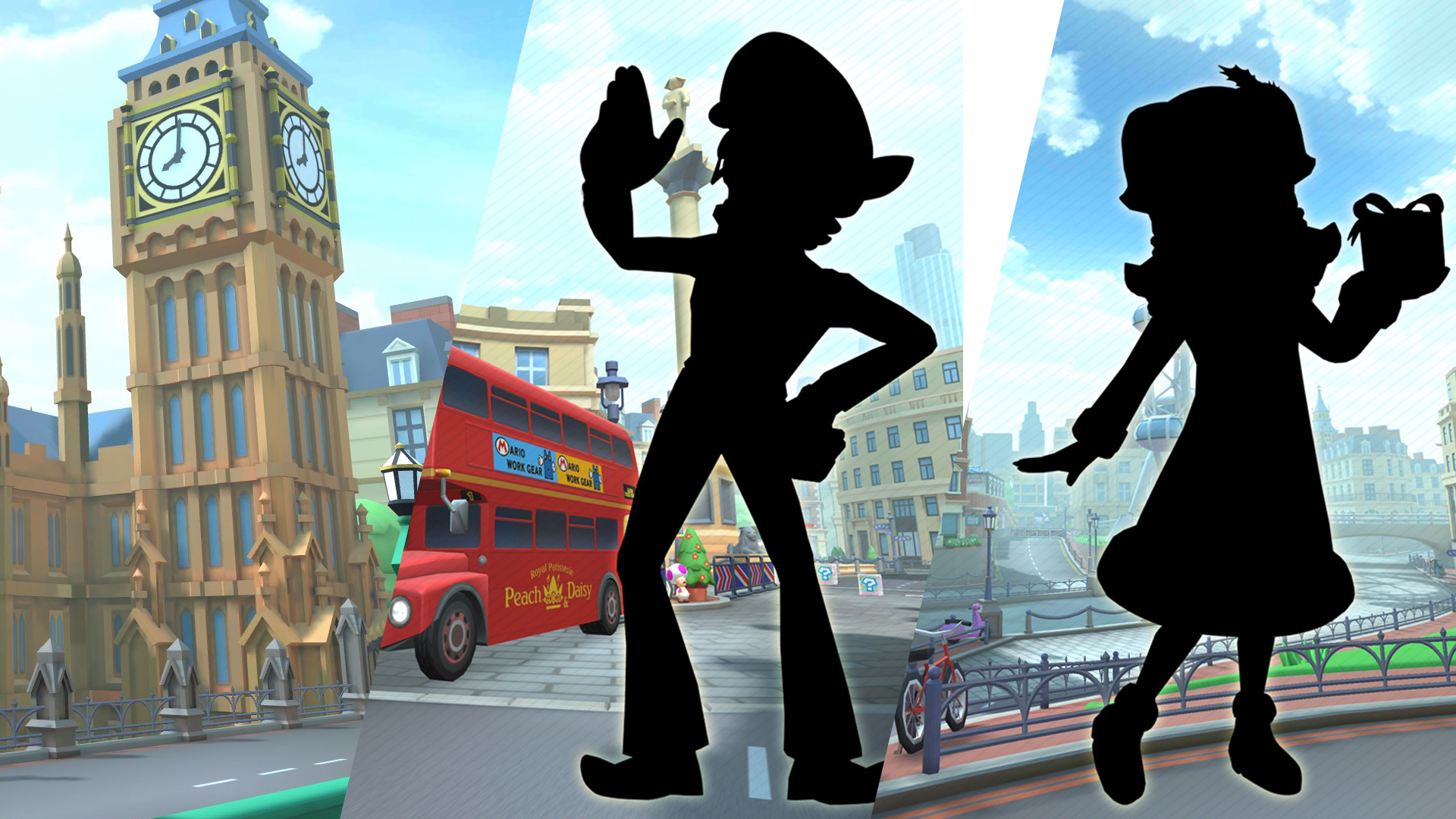 Mario Kart Tour is headed to another exotic location. So far, they have sped around New York, Tokyo, and Paris, but now they got to London on a whole new track. Every change of scenery brings in not only new tracks to race on but also costumes, new pipes, new characters, new gliders, and new karts. It is a chance to see a new place and race through the track ensuring your victory.

London is full of monuments and sights to see that can be raced around. From the iconic London double-decker bus to Big Ben standing proudly in the street, the toads have worked hard to recreate London on your phone.

Can't wait to hear the latest on what's coming up in #MarioKartTour? Then we have good news! Starting on 12/3 at 10pm PT, take a trip across the pond to London, the capital city of England! And get ready for two drivers to be added to the spotlight pipe! Who could it be? #MKT pic.twitter.com/y8s3qa8ULF

The list released so far includes the Palace of Westminister, the Shard, and the London Eye all present to be explored. This is a great opportunity to explore digital London and enjoy all the minor easter eggs hidden around the world. The starting line really brings a London feel to the game with the gaslamps and bronze architecture.

In one of the images posted, there is a clear silhouette of Daisy, who is expected to have a new outfit in this update.  She seems to be holding a present, which could mean this is a holiday outfit. The small plant-shape on her head could be part of a hat.

Waluigi is making another appearance with what could be a new costume. His silhouette is shown next to a double-decker bus. It clearly is him by the pointy ears and long slim body. There are no clues to what his costume could be, but considering he is paired with Daisy in the announcement, it could be holiday-themed. Maybe elf related even.

Mario Kart Tour has been super successful. Fans are giving it stellar reviews, and it continues to rise as one of the most downloaded titles released for Nintendo to date. This game really has encompassed all that fans loved from the series and brought it home to mobile devices.

Santa Mario is still available and will continue to be up until December 31. You can still unlock this costume and use it in all the events. Make sure to keep your eyes open as the event for London begins at 10 P.M. PT on December 3.

Mario Kart Tour is free to play on iOS and Android devices. It does include microtransactions in the way of gacha mechanics, so every purchase is a gamble.