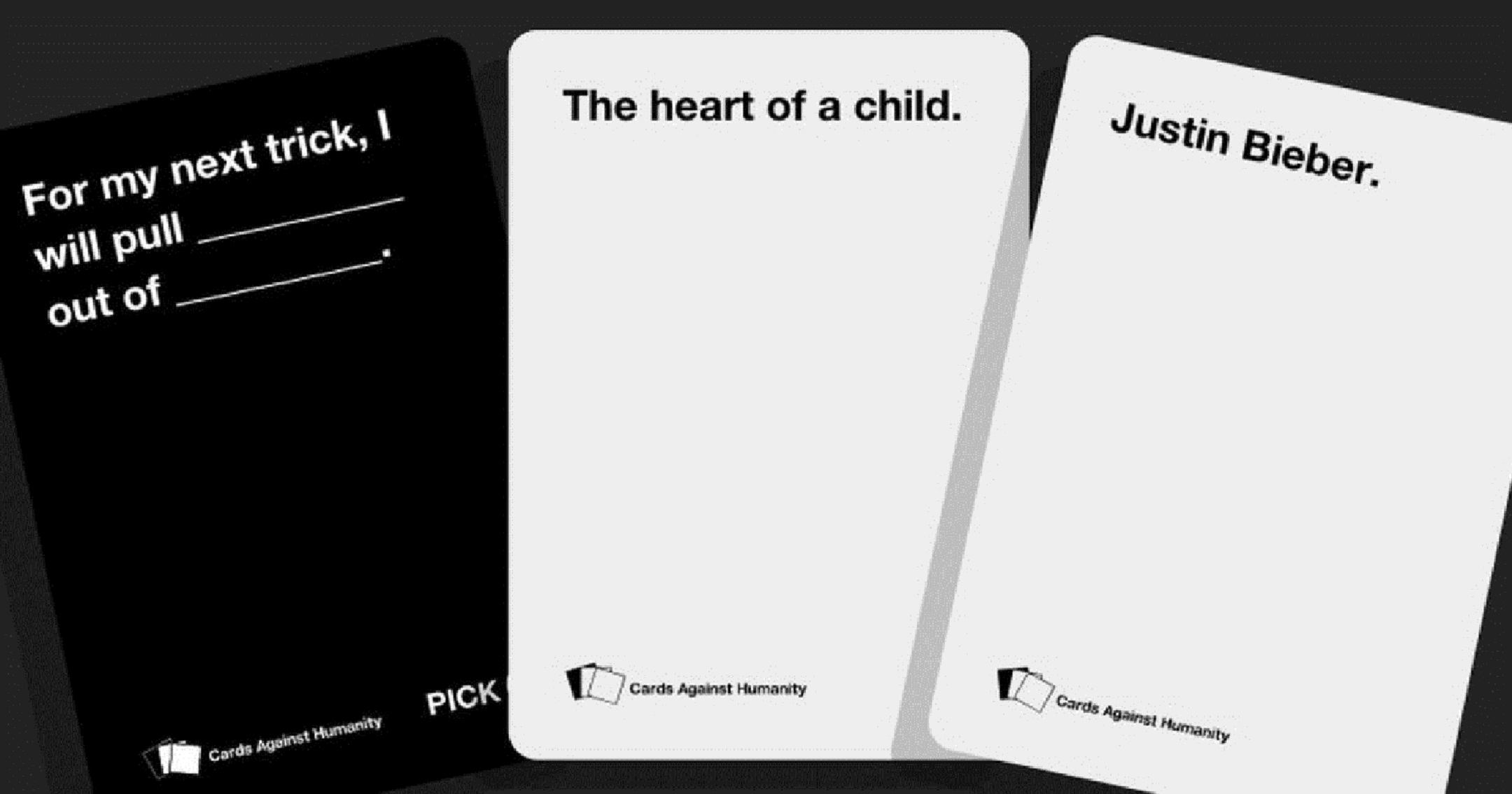 The eerie party game Cards Against Humanity is famous for pulling stunts on holiday sessions like this. For instance, in 2016, the game company dug a hole to nowhere, strange, right? In 2017, they bought lands to stop the US-Mexico border wall mainly, and in 2018, they sold some of their properties from cars to diamonds at huge discounts.

However, this year they did something crazy for the workers who write the Cards Against Humanity game cards. It began this black Friday morning when the writers were asked to compete against a programmed computer to see if they could come up with a wittier card text than the A.I.

According to the official twitter account of the company, they stated that: ‘This year for Black Friday, we programmed a computer to write Cards Against Humanity cards.’ They continued saying: ‘Now we put it to the test. Over the next 16 hours, our writers will battle this powerful card-writing algorithm to see who can the most popular pack of new cards. If they can defeat the A.I., they’d be receiving a $ 5,000-holiday bonus. However, is the A.I wins, then it would be a sad note because we will fire the writers.’

For Black Friday, we taught a computer how to write Cards Against Humanity cards. Now we put it to the test. Over the next 16 hours, our writers will battle this powerful card-writing algorithm to see who can write the most popular new pack of cards. https://t.co/BOZ5cuuEJk

This shouldn’t be surprising because of the rules when playing Cards Against Humanity. The way it works is as follows: a player draws a fill-in-the-blank card, and the other players use the cards at their disposal, normally on their hands with a goofy phrase, and then the first of them picks the best card to fit in the blank spaces.

The way it works is the A.I. spits out phrases that should be fun, and when inserted into the CAH deck, it works. (Also in Taylor swift songs).

Four hours in the competition, the writers were on top. Like one of the cards the computer read was, ‘Kim Kardashian, but with spider legs.’ Then one human read, ‘being terrified of a single bee.’ Interested participants can track the fun on the company’s website, where anyone viewing can up-vote or down-vote the newly written cards coming from both the A.I. and the humans.

Update: with 12 hours left to go, the writers retain a slight lead and are now eating tacos. pic.twitter.com/CKy9ZhZIOr

Also, at the end of the page, the functionality of the A.I is boldly written, precisely the FAQ section. The company will be posting updates on social media. So the question is, what does this have to do with Black Friday? So what’s the answer? Another says: ‘This whole thing is an elaborate stunt to get attention and still make some money while overworking our employees. Or isn’t that what Black Friday is all about?’

Then another asks, are your writers going to get fired if they lose today? The answer? ‘Come one, No, we’re not monsters! We’d be patient till after holidays.’ However, both packs cost $ 5 each, whether it’s to support humanity by purchasing the writer’s kit or prepping to have A.I as the new writer by purchasing one made by the computer.

EVE: Echoes Open Beta Is Now Open For A Limited Time On Limited Devices, A New Sandbox MMO From The Creators Of Largest Space MMO To Date 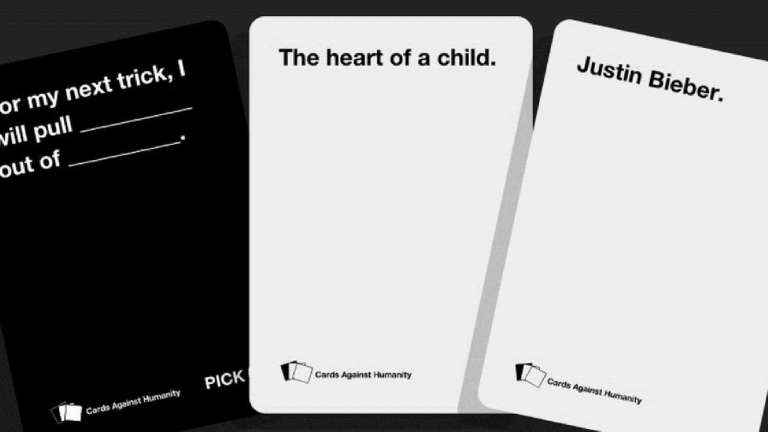 Nov 29, 2019 Emmanuel Giovanni 5460
The eerie party game Cards Against Humanity is famous for pulling stunts on holiday sessions like this. For instance, in 2016, the game company dug a...