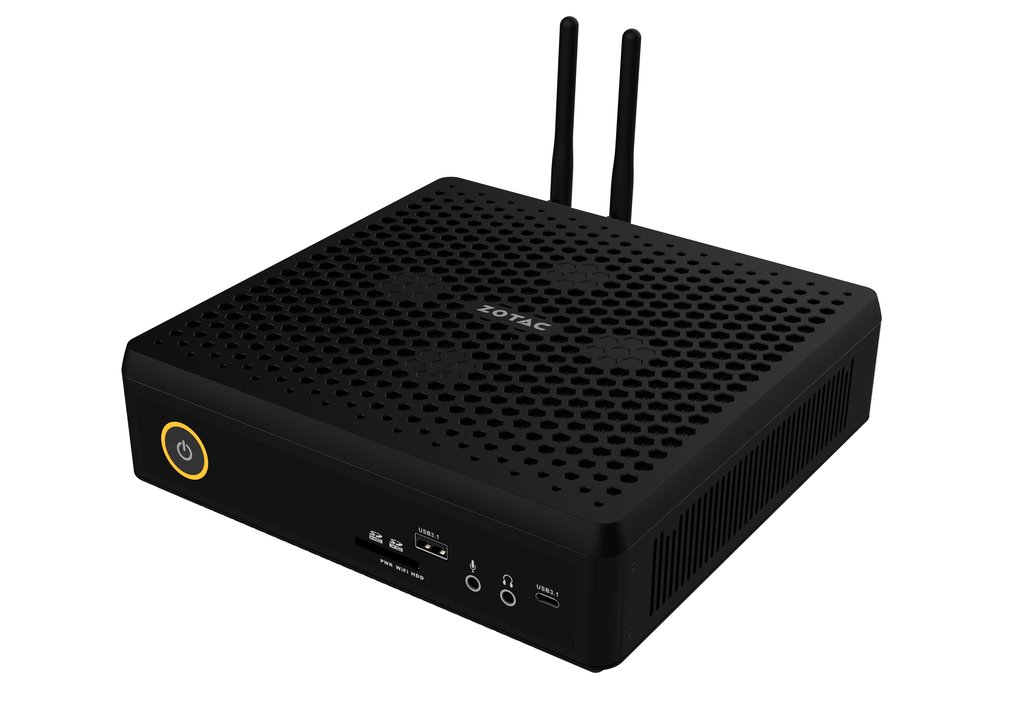 Zotac’s Mini Creator PC lineup of products is always underappreciated. People often mistake their size and straightforward design as a reflection of their power.

But with Zotac, what matters is what’s under the hood. And the new Magnus EN52060V and the more expensive Magnus EN72070V pack quite a punch. Both mini-PCs come equipped with the latest 9th generation Intel Core processor paired with the GeForce RTX 20 series.

According to Zotac, the Magnus E series computers have been reengineered for greater breathability. The manufacturer managed to strike the ideal balance between raw power and effective thermals. Users can then work confidently on the mini-PC without worrying about the CPU throttling.

You can buy the barebones edition of the Windows one for the EN52060V and the EN72070V. The Windows variant comes equipped with a 128 GB SSD and 1TB hard drive.

With the RTX 20 series and its ray-tracing capabilities, designers can mimic accurate shadows and lighting. They can also render reflections at blazing speeds.

Connectivity won’t be a problem with the Killer E3000 Ethernet and Killer WiFi 6. You can play games or watch videos on both wired and wireless with up to 2.5GB of speed. Meanwhile, the Killer GameFast™ ensures lower latency as you save 20% of your memory and 10% of the CPU cycles.

Both EN52060V and EN72070V feature HDMI 2.0 port, DisplayPort 1.4, USB 3.1 Gen2, and USB Type C. And just like most mini-PCs in the Zotac lineup, you can easily upgrade the Magnus E for even faster performance.

The EN72070V has enough juice that will allow you to multitask. You can shift from program to program, play high-end games, watch 4K videos, and play virtual reality games. The mini-PC runs multiple displays at 8K resolution so you can finally have that gaming station you’ve been dreaming of.

At a thickness of just 2.45 inches, the PC doesn’t take much space on your station. In fact, it’s a wonder how something that small can hold that much power under the hood. There’s no pricing set yet for the Magnus EN52060V and Magnus EN72070V.

Activision Says Post-Launch Support For Call Of Duty: Modern Warfare Will Be The Largest In Franchise History