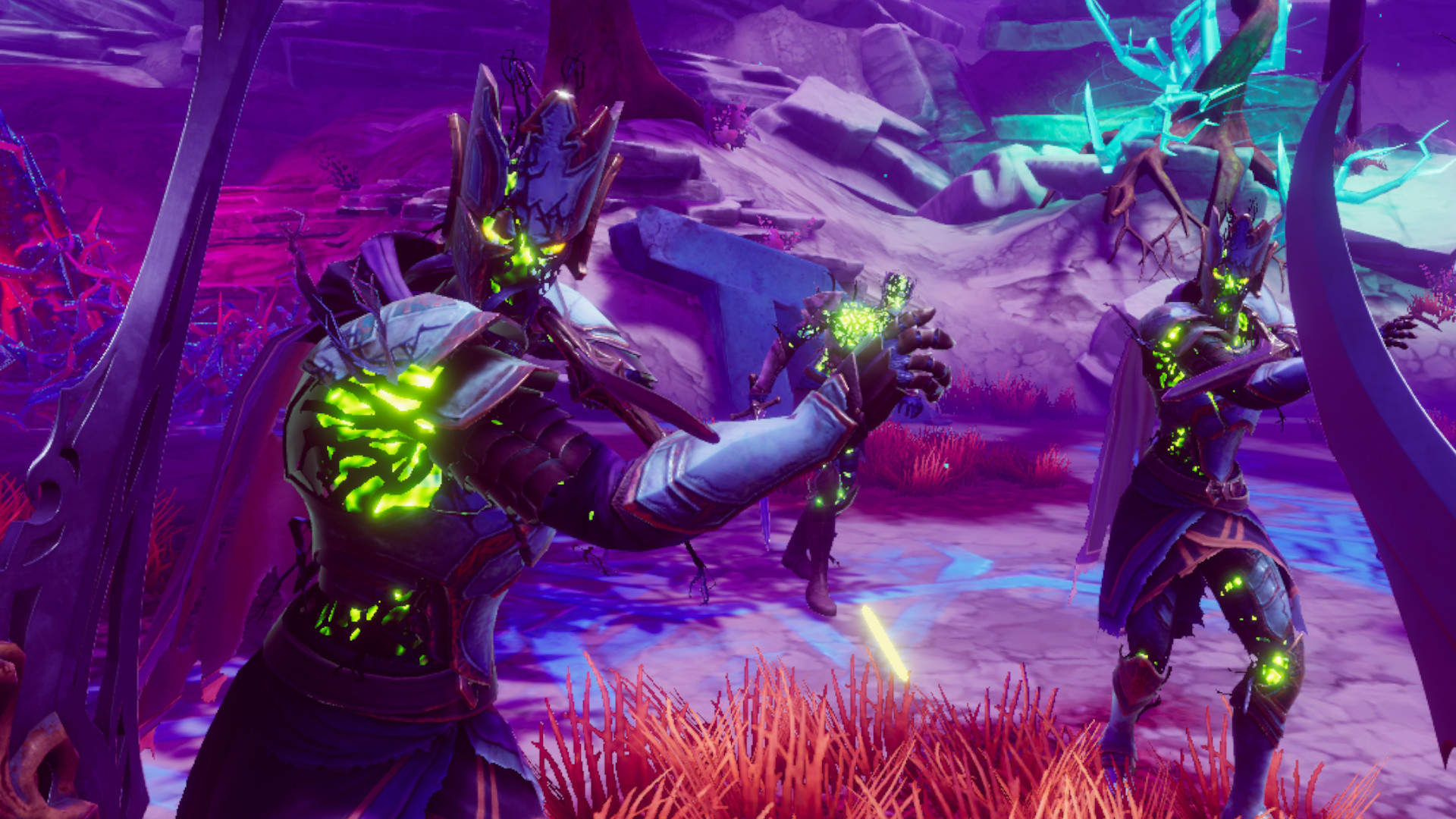 Until You Fall is a unique sword fighting game from developer Schell Games. This unique title will be adding PSVR and Oculus Quest to its platform list as of September 29 of 2020. Become a Rune Knight and fight against talented sword wielders using a variety of weapons. As you battle through enemies, you will discover a new level of sword fighting fun in this unique VR experience.

The title is still in Early Access but the development team works tirelessly to bring the title onto other platforms. New audiences mean new challenges for the team allowing faster progression through developmental stages while players enjoy the current build of this unique VR title.

Each time you die you only grow stronger as you battle through unique neon environments against an array of enemies. Destroy magic-infused demons as you battle to unique synth wave music in a physically active VR experience. This is a unique hack and slash experience for every VR fan to dive into.

Equip a selection of gameplay altering weapons as you gain strength and strike down even the most evil beasts. Defend Rokar and fight to bring down the evil that has now run rampant throughout the land.

Players must explore what it means to be a Rune Knight in a world fueled by a magical power called Aether. After your people were destroyed by a calamity, you must now battle amongst the ruins for any chance at returning back to the times before.

As a Rune Knight you must work alone in the battle, but be aided by a mysterious Runesmith who works to forge your weapons. Complete your campaign of vengeance and honor as you use powerful weapons and become the champion of Rokar.

This game is a very physically active title that will require players to move fast to stay alive. The synthwave soundtrack will move the action forward forcing players to keep moving both in and outside of the game.

Each enemy will require different skills and strategies to defeat. As you fight through the neon-tinged world you will explore magical environments beyond imagination.

This game features randomized rewards, powerups, enemies, and rooms allowing each run to maintain a unique sense of individuality. Enjoy a game that features personalized selections of weapons mixed with a never-ending randomized world to destroy.

Until You Fall is available on Steam and will be ported to PSVR and Oculus systems as of September 29, 2020.

Stargaze Is a VR Adventure Headed To Steam Near The End of 2020, Experience A Magical Journey Through The Stars

Minecraft Mobs Explored: The Ravager, A New Dangerous Mount For The Illagers!

Aug 12, 2022 Michael Gunn 110
Tower of Fantasy's servers has a difficult time keeping up with demand on release day, with server lineups lasting more than 10 hours, as might be...

Aug 12, 2022 Michael Gunn 220
Id Software has been discreetly reorganizing its enormous Steam catalog of vintage titles. The firm has started combining the numerous Doom and Quake...