What are the reasons Ubisoft has been hit with such a sharp downturn in stock prices?

Their first reason is the delay of three popular games currently being developed, Watch Dogs Legion, Gods & Monsters, and Tom Clancy’s Rainbow Six Quarantine. The games are now set to be released their fiscal year of 2020-2021 as Ubisoft needs more time to develop them.
The other big reason for Ubisoft’s woes is the financial disappointment of two of Ubisoft’s most popular franchise games, Ghost Recon Breakpoint and, to a lesser degree, Tom Clancy’s The Division 2.

The firm announced that they needed to make revisions to their revenue projections, and not corrections shareholders would like.
Shareholders were not impressed with Ubisoft’s altered forecast for net booking. Net booking is the money made for the number of products and services sold digitally or sold physically during a specific period. For the year, Ubisoft forecasted a net booking of around 2.2 billion EUR (approximately 2.4 billion USD). On Thursday, Ubisoft slashed the projection and forecasted the net booking around 1.4 billion EUR (approximately 1.55 billion USD).

Ubisoft CEO Yves Guillemot has been very disappointed with the revenue made for Ghost Recon Breakpoint. In a post announcement conference call, admitted that Ubisoft has an uphill battle to fights with Breakpoint, especially with it being the sequel to the massively popular Ghost Recon Wildlands.

What is wrong with Ghost Recon Breakpoint?

Lately, Ubisoft has been developing Ghost Recon games with vast open worlds. Wildlands, which takes place in Bolivia, has an immense and diverse map, ranging from the famous Bolivian salt flats to mountainous villages. It was ground breaking for the Ghost Recon franchise.
Breakpoint’s playable area is massive as well, and some areas are just plain gorgeous. The problem is that some players feel that the topography was such a focus for Ubisoft that the missions become very bland once you get used to the aesthetics of the map. The games seems all too repetitive, which has bored many players.

There have been complaints about the multiplayer as well. Common things Breakpoint players point out is the lack of variety with game modes and the having to deal with long wait time to get into a match.
Breakpoint was just released on October 4, and Ubisoft developers want it to be known that they will continue to listen to fans and try and implement changes.

It will be interesting to see how Ubisoft management will bounce back after a rough day like this. Will shareholders have their faith restored in Ubisoft or will they continue to sell. 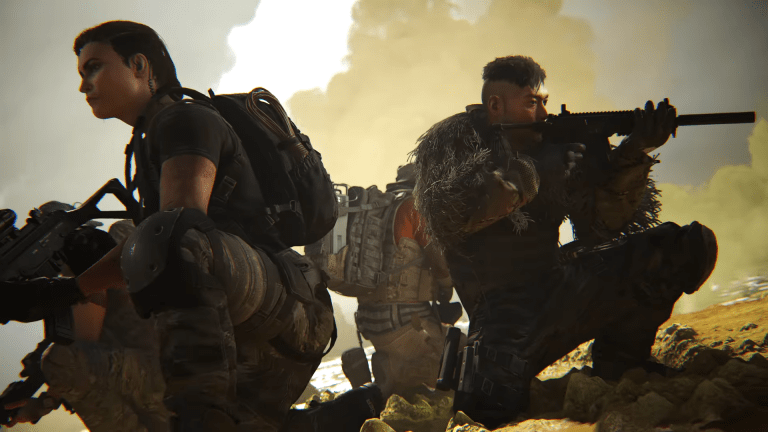