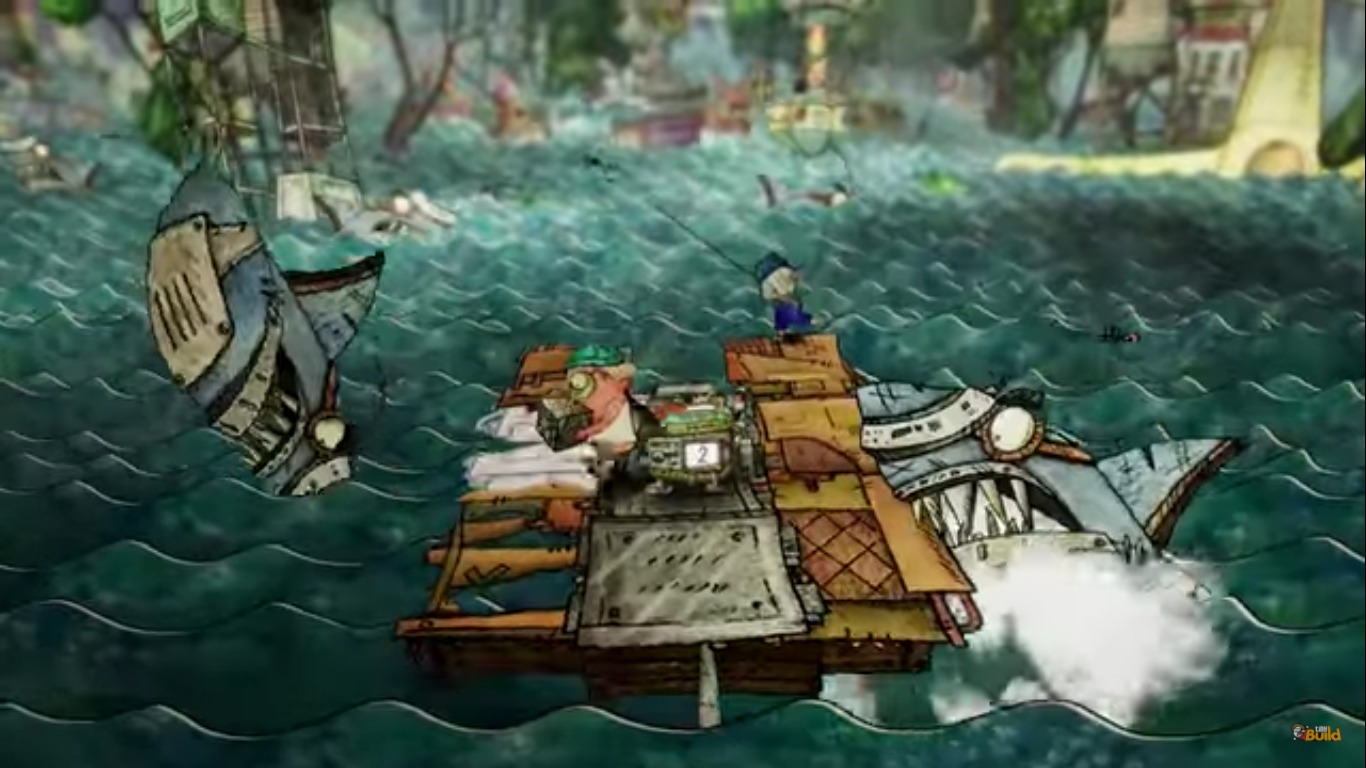 Get ready for a hand-drawn plucky indie adventure that is sure to inspire the imagination and fascination of a wide audience. Trash Sailors takes players into a strange hand-drawn world where they must work together to become the trashiest pirates in the entire sea. Fight for the last piece of trash in a world flooded with water and, well, trash.

Explore life as a bunch of castaways floating on a tiny raft in the middle of a never-ending ocean. Using trash as your recourse, build onto the raft and defeat it from crocodiles, sharks, pirates, and much more.

Take command of a group of strange castaways as you sail in a strange flooded world filled with enemies and danger. Make a slapdash raft and trash your friendships as you take on mutants, sharks, and more on a new kind of sailing adventure.

This hand-drawn adventure can be played with up to four players in a unique coop mode. Create a trashy sailing team as you upgrade your raft, battle off predators, and sail the trash seas with your closest friends.

Enter a world flooded by a Trash Tsunami destroying everything and covering the world in water and trash. This makes trash simultaneously abundant and valuable. Spare parts, fuel, and weapons all are made from the trash floating through the water.

Enjoy a hand-drawn world that has dozens of seas to explore full of both treasure and monsters. Battle other people for trash and dominate the ocean as the best and trashiest sailors in the world. There is a literal ocean of trash just waiting for fans to set sail and explore.

Between the game’s humorous concept and unique art style, this is definitely a treasure in the rough. Enjoy the unique world and strange perspective gained in a strangely eco-friendly adventure.

Interested fans can find out more about this title through their Discord community. The developers house many a discussion about their trashy world with fans while developing and leaking hints about the adventure to come.

The game’s style gives almost a puppet show feeling making it a great title for fans of paper-doll style games. Build your raft, invite your friends, and become a trashy sailor.

Trash Sailors is planned for a Steam release later this year. The game is already live on Steam for fans to wishlist. Prepare to ride the waves of garbage and explore a drowned world full of wacky and unique adventures. 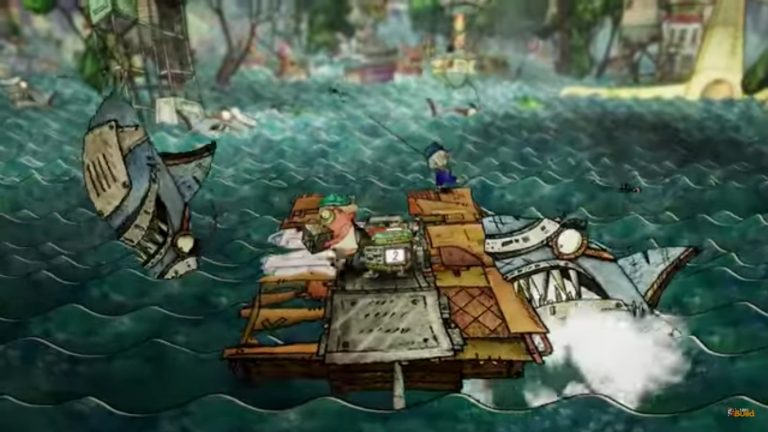 Jun 15, 2020 Joshua Goodpastor 10530
Get ready for a hand-drawn plucky indie adventure that is sure to inspire the imagination and fascination of a wide audience. Trash Sailors takes...