Total War: Warhammer 2 Is Bringing Even More Destructive Foes In Their Next DLC Expansion, This May Be The Most Dangerous Dinosaur Seen Yet 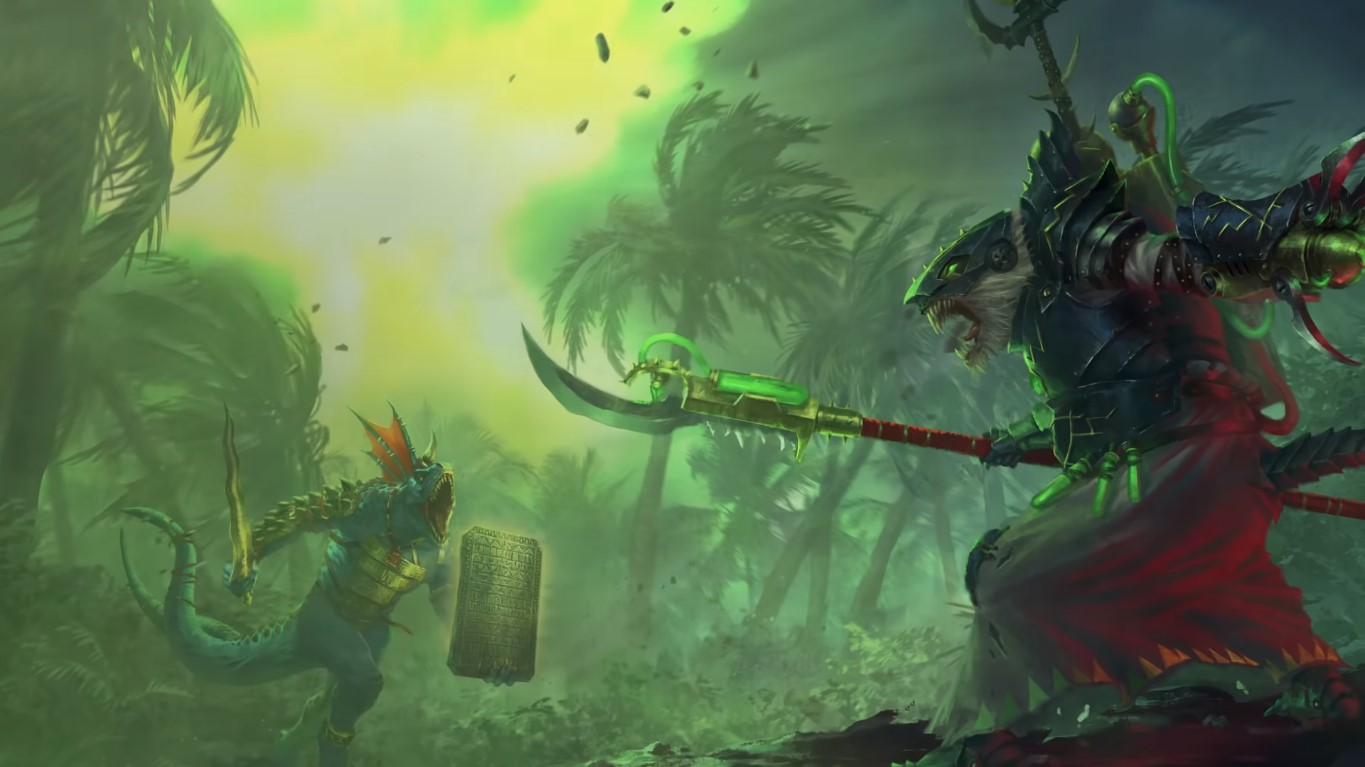 Total War knows how to make their games bigger and more gruesome with every release. When this is mixed with Warhammer, then you get the best in fantasy warfare and massive battles. The developers are adding a new expansion to the game that will make the battle even more dangerous.

The Hunter & Beast DLC is going to change Total War: Warhammer 2 for the better and make it an, even more, bloodier war. The new unit being added, the Dread Saurian, is the biggest and most powerful unit added to the game so far. This massive beast is shown in the new trailer, and it gets the blood pumping to see it smashing through the enemy line.

Although it is not as tall as other monsters in the game, it will still be making a name for itself on the battlefield. Just by looks, it should be able to disembowel and destroy several regiments by itself and rip through the enemy line. The only proper answer to fending off such a massive beast is a line of cannons or some careful planning.

Aside from the massive stomping beast, the game is also getting some new units including Kroxigor Ancients, Razordon Hunting Packs, War Wagons, and Huntsmen. A paid of new Legendary Lords will be added to the game as well giving a more in-depth understanding to the DLC title The Hunter & The Beast.

Nakai The Wanderer is a large Saurus hero who looks like an angry bipedal crocodile. He has just awoken from centuries of slumber to find humans in his territory. To put it, he is mad and is declaring a complete war upon the invaders.

The Imperials thankfully have Huntsmarshal Markus Wulfhard who is a massive expansionist. He enjoys looting Lizardman temples and hunting down massive prey, making him perfect for taking down the enemy’s new Lord.

Even if you do not purchase the new DLC players will still be receiving a Legendary Lord that was announced several weeks ago. Although this new addition does not currently have name players are excited nonetheless for a free Lord to put into the battlefield. The highly sought for an update for the Old World will also be added to the game making players who play Mortal Empires very happy.

The DLC expansion will be arriving on Total War: Warhammer 2 September 11 and will be priced at $8.99. You must have a copy of the original game to play it and both can be purchased through Steam