There’s a game for almost everyone these days. While some are fast-paced and intense, other games rely on casual conversations and low-fi music.

Toge Productions’ Coffee Talk is an upcoming talking simulator. Set in an alternate version of Seattle, where elves, orcs, and other fantasy characters live amongst humans.

Coffee Talk puts gamers in the shoes of a barista. The barista uses various ingredients to pour each customer a perfect drink in a warm mug. All of the customers that enter the shop are looking for someone to vent their troubles to. It’s up to the player to ease their fears, or else they risk losing a customer and potential friend.

From the official website: “Coffee Talk is a game about listening to people’s problems and help them by serving a warm drink out of the ingredients you have. It is a game that tries to depict our lives as humanly as possible while having a cast that is more than just humans.”

The game’s graphics are reminiscent of 90s anime mixed with the pixel art of adventure games of the same decade. Many of the images seen will remind gamers of all those lo-fi chill-hop channels playing 24/7 tunes on YouTube.

Coffee Talk forces gamers to slow down and listen to each patron. This isn’t a game for those who are impatient and rushing to complete the game.

Each customer has a unique story to tell. The official website gives gamers a preview with a dramatic love story between an elf and a succubus (not to be confused with a similar side quest from The Witcher 2: Assassins of Kings), an alien who has traveled to Earth and struggling to understand humans, and more.

Though the characters are all fantasy creatures, their struggles mirror experiences those in the real world would understand.

Coffee Talk launches on the Nintendo Switch and Steam on January 29, 2020. PlayStation 4 and Xbox One owners will have to wait one more day for the release on January 30.

A physical version is being released in Japan on Chorus Worldwide for the PlayStation 4 and Nintendo Switch. This version will include a booklet and the soundtrack on two discs. The Japanese version includes support for other languages, such as English, French, German, and more.

A demo of Coffee Talk is currently available on Steam.

Target Black Friday Bundle Will Sell PS4 For $200 With God Of War, The Last Of Us, And Horizon Zero Dawn

Jan 30, 2020 Joshua Goodpastor 4930
Coffee Talk is a barista simulation game where you own a cafe and get to talk to fantasy-inspired characters. Toge Productions has released this...

Jan 8, 2020 Lisa Nguyen 5220
Toge Productions' upcoming visual novel Coffee Talk is coming out soon. The title puts the player in the shoes of a barista in an alternate version... 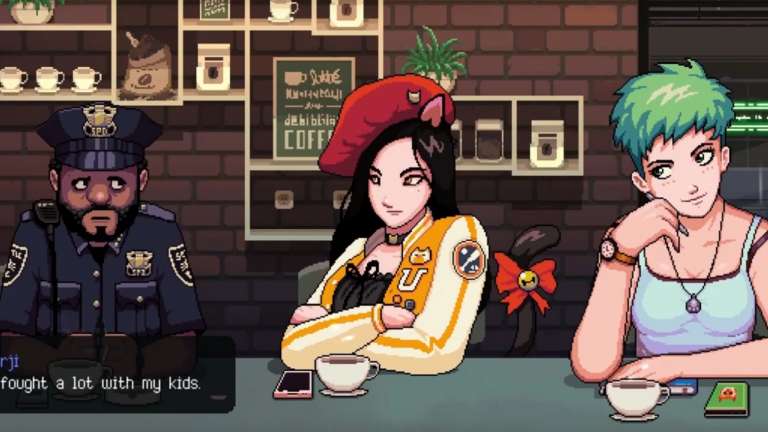 Nov 8, 2019 Lisa Nguyen 7070
There's a game for almost everyone these days. While some are fast-paced and intense, other games rely on casual conversations and low-fi...