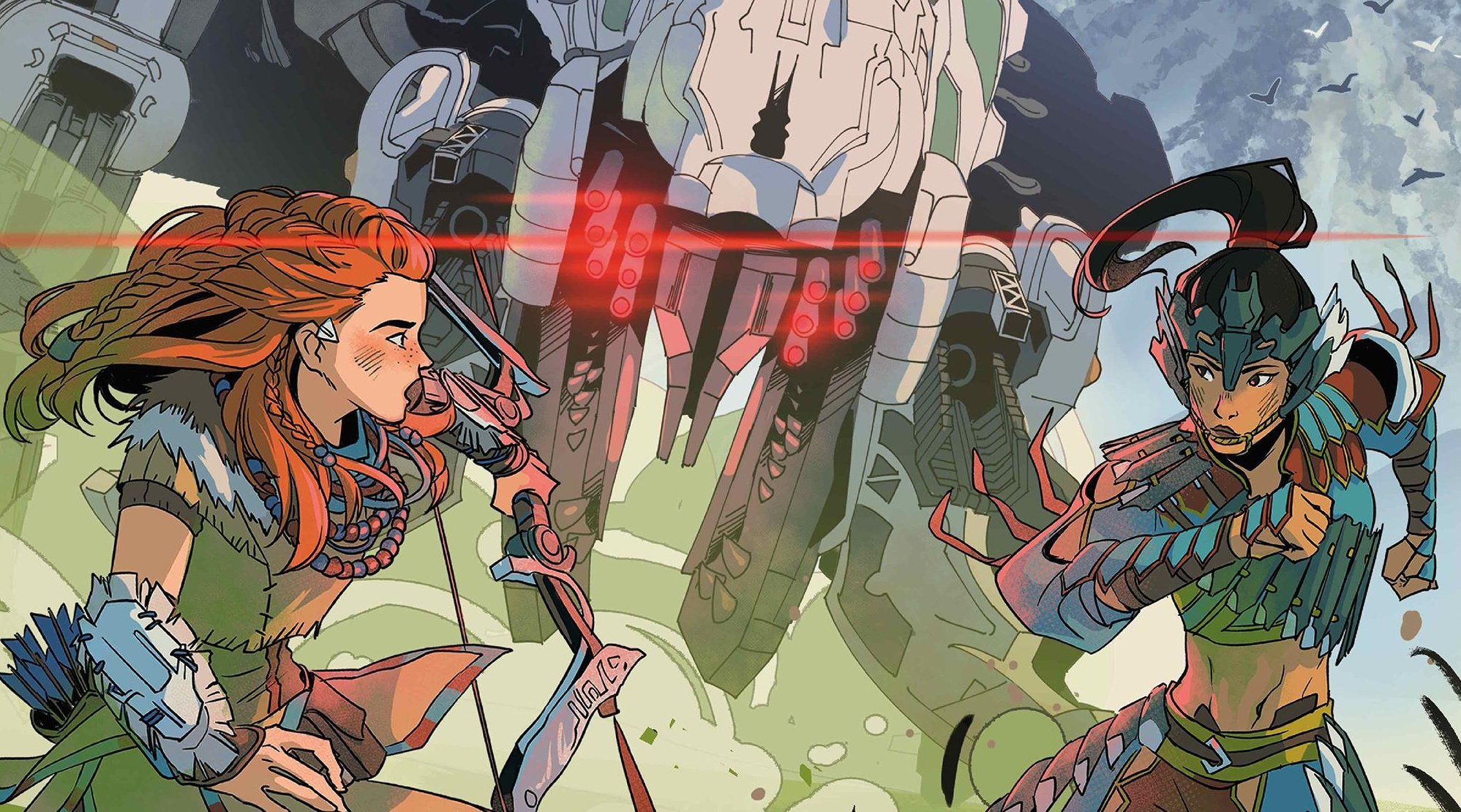 Titan Comics has announced they are releasing the first issue #0 as part of Free Comic Book Day.

Free Comic Day is an annual celebration where comic publishers release free comics as either an introduction to new series or to entice new readers to read older comics. Anyone can enter their participating local comic book store or book store and choose from a variety of titles. There are also many publishers and indie comic creators who offer their titles free online or in physical form.

The comic is was co-created by Anne Toole, who is a Writers Guild Award-Winner and was a writer for Horizon Zero Dawn.

“Discover a far-future Earth full of epic natural beauty, where awe-inspiring machines are the dominant species. Talanah, Sunhawk of the Hunters Lodge, struggles to find purpose after Aloy, her trusted friend, disappears. When a mysterious new threat emerges in the wilds, she returns to her roots as a hunter to defeat it, only to learn that a whole new breed of mechanized killers stalks the land.” states the official comic summary.

Fans won’t have to worry about the comic straying from its game roots since one of the original writers for the game is taking the lead.

From the summary, it appears that this new comic series will tie in with a possible sequel to the popular game series. Guerrilla Games hasn’t made an official announcement yet, but it’s highly possible news may come sometime in 2020.

The new comic book sequel is an excellent way for those who fell in love with Aloy’s story to continue being immersed in her world of machines.

While the news of a sequel for the game in comic book form was a surprise to gamers, many hope that the title will be released on PC eventually, following the footsteps of Red Dead Redemption 2 and Detroit: Become Human. However, Guerrilla Games’ other popular long-running series, Killzone, never left the PlayStation platform, making Horizon Zero Dawn’s fate unknown.

As for now, all gamers will be able to access the Horizon Zero Dawn comic.

Horizon Zero Dawn #0 will be available at no cost on Free Comic Book Day 2020, which is held on May 2nd.

Some Major Issues Are Being Looked At In Halo: Reach For PC According To Developer